Brooklyn Beckham and Nicola Peltz get married in Miami

Victoria Beckham, 48, has insisted her 23-year-old son Brooklyn Beckham’s star-studded wedding to Nicola Peltz, 27, was not about her or husband David Beckham, 47. The fashion designer explained that she wasn’t too worried about how she was dressed on the wedding day, which took place on April 9 2022.

The star wore a liquid silk satin lace trimmed slip dress, but explained that she wasn’t too stressed about being the centre of attention.

In a new interview, Victoria said: “I was actually pretty relaxed about the whole thing.

“It was Nicole and Brooklyn’s day, not about us. I just wanted to feel comfortable – and I knew it would be warm,” she told the Telegraph.

Despite this, she revealed her team spent days putting the outfit together for the big day. 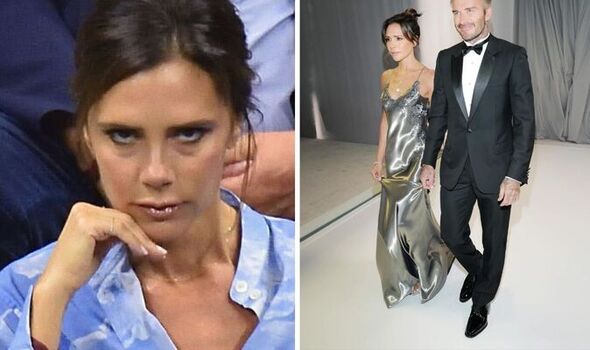 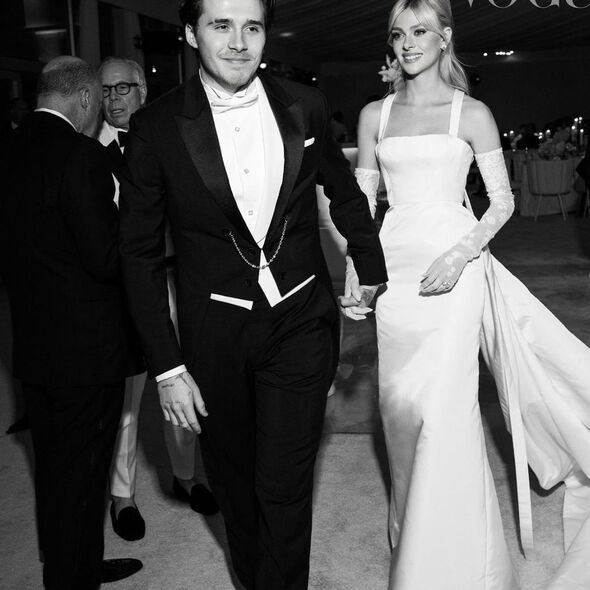 According to her, the fabric took weeks to create in an Italian mill.

Victoria added that she will be using the same dress in future celebrations, as “the way it captures the light is amazing”.

She was dressed in a silver, silk sheer gown with lace embellishments for her son’s wedding.

To match, she teamed the outfit with a small silver clutch and a diamond necklace. 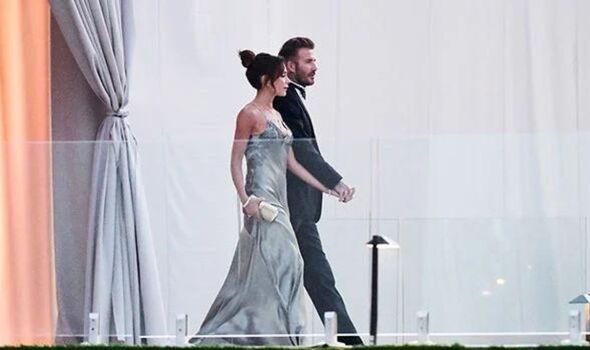 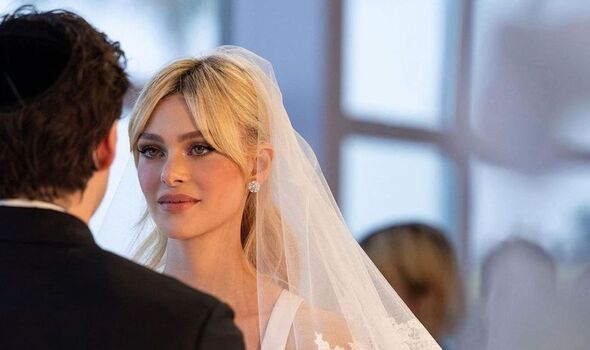 It comes after fans spotted an apparent snub when Brooklyn and Nicola dispelled rumours that they took inspiration from David and Victoria.

Nicola told British Vogue of David and Victoria’s glamorous 1999 wedding: “Their wedding was incredible and those pictures are iconic.

“But the wedding we were most inspired by was Iman and David Bowie’s.”

It featured three huge marquees set on the ocean front garden of the compound.

Pictures of the luxurious event showed off a star-studded guest list including Gordon Ramsay and Eva Longoria.

The couple married under a flower garlanded chuppah in honour of Nicola’s Jewish heritage.

It has been revealed that Brooklyn shares some of his wife’s Jewish roots via David’s paternal grandfather.

His ten-year-old sister, Harper, was also present at the ceremony as a flower girl.

Harper was pictured at the ceremony as a bridesmaid, wearing a white dress and flower crown.

Nicola, meanwhile, had six maids of honour, while the groom had six groomsmen.

Emma issued her apologies about her absence in a heartfelt Instagram post in view of her 1.3 million followers.

In the message, the singer, who was once known as Baby Spice, branded the happy couple “beautiful souls”.

She uploaded two selfies with Brooklyn and Nicola, where she could be seen holding a drink and blowing a kiss to the camera.

She captioned the shots: “These two beautiful souls are getting married today!

“I’m so sorry I couldn’t make it there to celebrate you both.”

Emma signed off the post with: “We love you all very much. @victoriabeckham @davidbeckham try not to cry to much!! #happytears.” (sic)