As the close of Election Day draws near, many parts of the United States are gearing up for protests and civil unrest, no matter who ends up winning the presidency. As election results pour in, it looks like one American in particular seems a little worried. On Nov. 2, officials put a fence around the White House ahead of the election results, and it’s not reassuring.

The barricade was reportedly put in place on Monday in preparation for what local D.C. Police Chief Peter Newsham described as the possibility of "civil unrest" during an interview earlier in October. The National Park Service, which oversees the parks around the White House, told The Washington Post on Nov. 2 that the fence, which is supposed to prevent climbing, was a temporary measure following a request from the U.S. Secret Service. The Secret Service did not immediately respond to a request for comment on the fence from Elite Daily.

"[It’s] widely believed that there will be civil unrest after the November election regardless of who wins," Newsham said to The Washington Post on Oct. 30. Preparations don’t seem to stop there. The department also reportedly spent over $130,000 on "less-lethal" items, such as tear gas canisters and grenades, to gear up for any possible demonstrations. The D.C. Police Department did not immediately respond to Elite Daily’s request for comment on expectations for possible unrest.

Similar barricades and preparations were utilized earlier this summer in June, when Trump cleared Black Lives Matter protesters using tear gas to take a walk to St. John’s Church for a photo-op. For many Americans, these demonstrations were characterized by a heavy police presence over a period of several weeks. 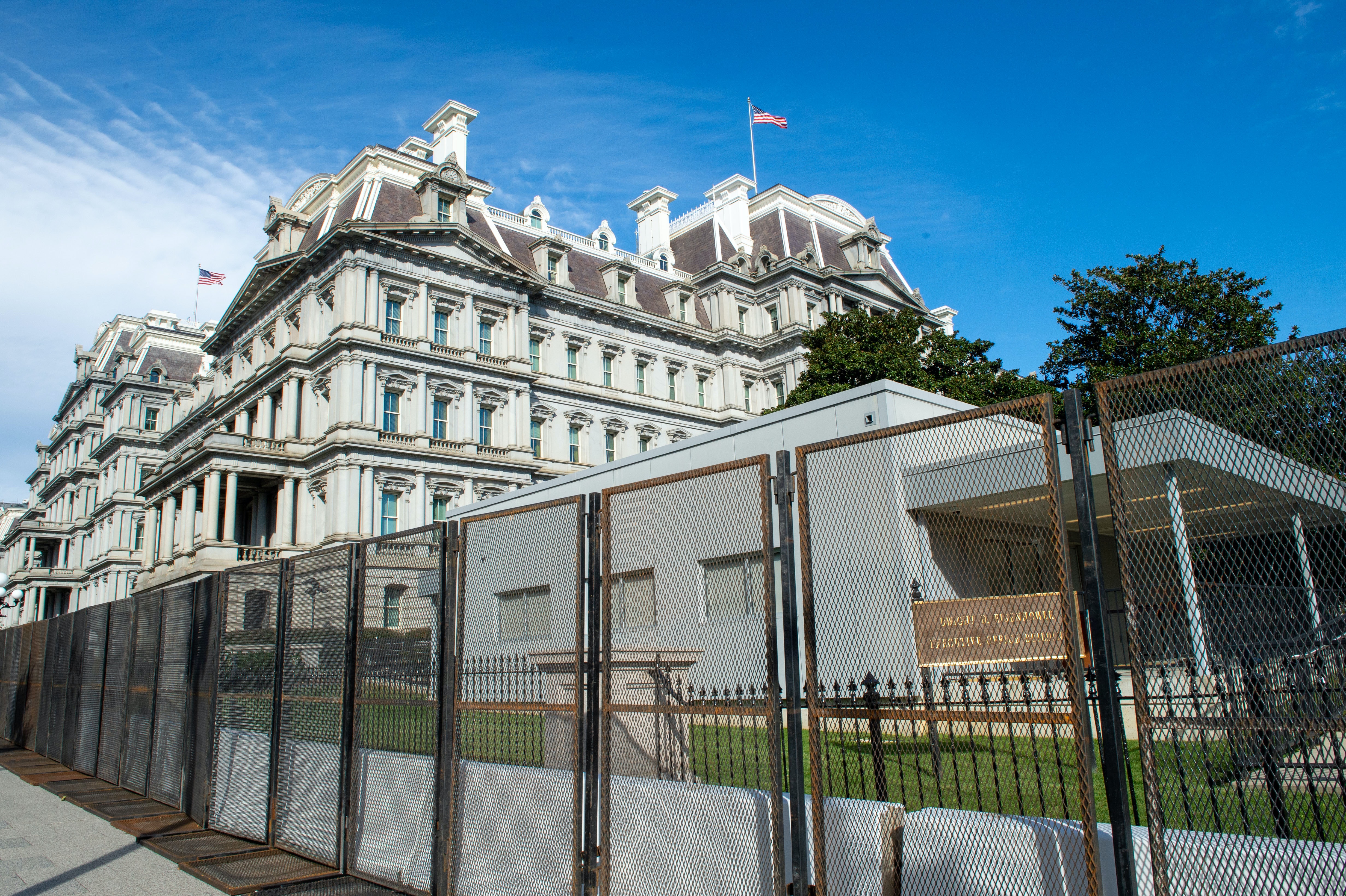 For many people across the country, these barricades around the White House seem more than a little ironic. On several occasions in the past, Trump has repeatedly accused his opponent, Democratic presidential candidate Joe Biden, of "hiding in a basement" to supposedly avoid presidential debate events and criticism from the public.