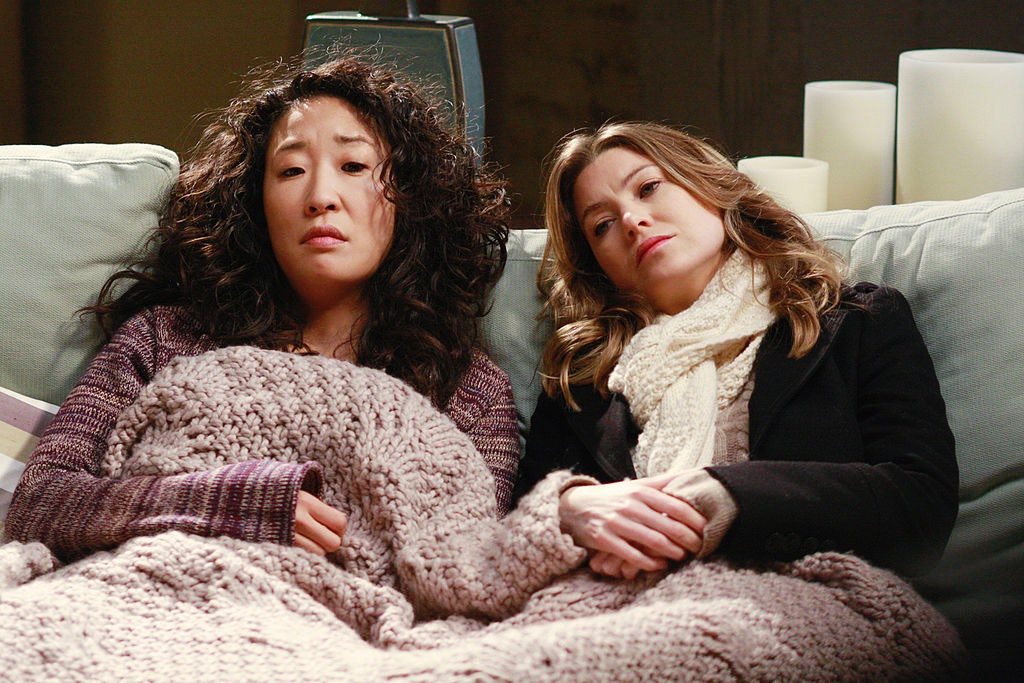 A great soundtrack can make an amazing TV show even better, and that’s something Grey’s Anatomy fans know all too well. Over 17 seasons, the series has featured plenty of songs that are now impossible to separate from the emotional scenes they accompanied. So, if you’re in the mood to embrace your inner sad girl or get in your feels about the show, add these iconic Grey’s Anatomy songs to your playlist asap.

Since Grey’s Anatomy follows a team of doctors, it makes sense that there’s plenty of intense life-or-death drama. But what makes things so devastating is how the show can make you fall in love with a character, no matter how minor, only to put them through the wringer and leave fans heartbroken in the process. And just as a gut-wrenching moment begins, Grey’s somehow knows exactly which song to make you sob even harder than you normally would.

But even outside of Grey Sloan Memorial, the series is full of moving songs that are great to listen to when you just need to let all your feelings out. Sure, most of us aren’t literally saving lives like the show’s doctors, but whether you’re dealing with a breakup or you just had a really bad day, listening to some of the moody songs on the Grey’s soundtrack can be so cathartic. Not sure where to begin on your Grey’s Anatomy listen-fest? Check the list below for some inspo.

In one of the most memorable cases in Grey’s history, Meredith had to remove a live bomb from a patient after her finger ended up on the detonator. These tense moments were intercut with Derek Shepherd’s brain surgery on Miranda Bailey’s husband Tucker Jones, and "Breathe" only made these sequences more intense.

"How to Save a Life" first appeared in Season 2, when Derek uttered his iconic phrase, "It’s a beautiful day to save lives," followed by a montage of the doctors attending to their patients. But the song made an emotional comeback in Season 7, when Owen Hunt sang it as everyone rushed to save Callie’s life.

Izzie Stevens and Denny Duquette’s romance could’ve been as iconic as Meredith and Derek’s, but he tragically died of a stroke at the end of Season 2, right after proposing. "Chasing Cars" then played as Izzie broke down and was suspended from her job at Grey Sloan Memorial.

In the aftermath of the Season 3 ferry accident, Meredith fell into the water while attempting to save a victim. She nearly drowned before Derek rescued her, leaving her life hanging in balance.

While Ellis Grey lay dying, her ex-lover Richard Webber sat at her bedside pouring his heart out. As "Swans" played, Meredith finally woke up after her drowning ordeal, but by that point, her mother was dead.

There were plenty of iconic Meredith and Cristina Yang moments throughout Grey’s Anatomy, but one of the most memorable came after Preston Burke left Cristina at the altar. Cristina broke down afterward, as Meredith cut her out of her wedding dress in an emotional ending to Season 3.

In Season 5, Episode 10, Izzie kept seeing her late fiancé Denny all over Grey Sloan Memorial. But by the end of the episode, she realized she was seeing him because she had cancer. 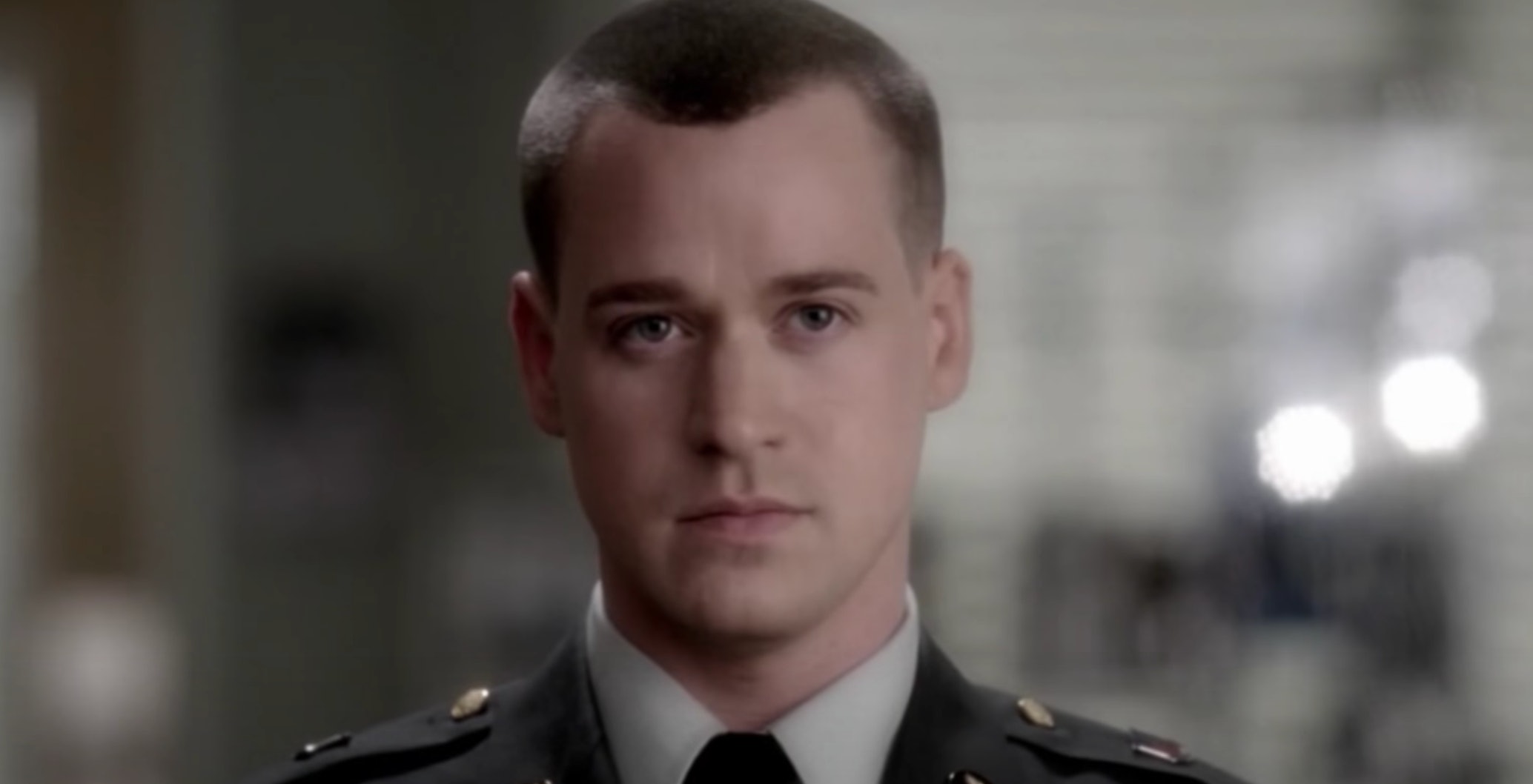 "Off I Go" underscored one of the most heartbreaking twists in Grey’s history: When it was revealed the dying John Doe that Meredith and the others were treating was actually beloved surgeon George O’Malley. To make things even more upsetting, Izzie flatlined around the exact same time.

Charles Percy was one of the casualties of the hospital shooting, and his death is even more devastating because it really seemed like he would pull through. "In My Veins" played as Bailey performed emergency surgery on him in an elevator, but he ultimately died from his gunshot wounds.

The hospital shooting was full of terrifying moments, but Derek’s life being threatened was arguably the worst of them all. It seemed like Derek would walk away from the shooter unscathed, but he was eventually shot as a horrified Meredith watched.

"The Story" is best remembered for its appearance in Season 7. As Arizona begged Callie to wake up from her coma, Callie’s spirit watched her. Cue the waterworks!

After Cristina told Teddy Altman that her husband Henry Burton died in surgery, she ran to see his body for herself. As she was forced to accept he was gone, Zola Jesus’ "Skin" made the moment even more overwhelming. 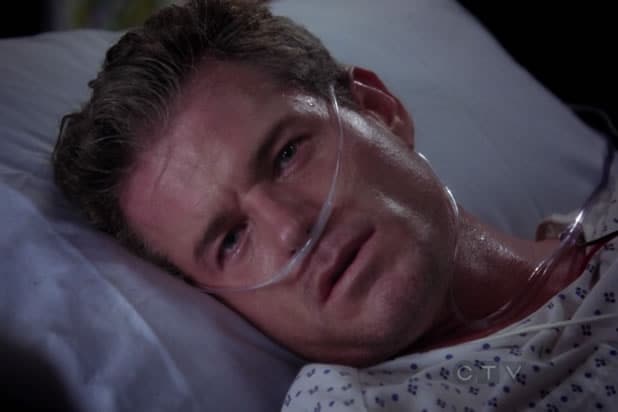 Fan-favorite Mark Sloan’s death was one of the worst in Grey’s history, especially since it was so drawn out. Mark seemed to be doing better after the plane crash that killed Lexi, only to grow unresponsive, forcing his friends to turn off his life support at the beginning of Season 9.

After McSteamy took his last breath, Meredith left a crushing voicemail for Cristina, who temporarily left Seattle after the plane crash. "This is a place where horrible things happen. You were right to go," Mere began. "You’re probably escaping disaster."

Watching Richard attend Bailey’s wedding to Ben Warren right after he lost his wife, Adele Webber, was incredibly bittersweet. As "Kiss Me" played, fans saw one marriage begin as Richard’s own intense but loving relationship was cut short.

The stakes were sky-high during this episode, as Bailey performed a C-section on Meredith during a hospital blackout and Jackson Avery almost died after a bus explosion. But for once in Grey’s history, everyone ended up okay.

Okay, technically this moment wasn’t sad. Still, knowing this was the last time the Twisted Sisters would ever dance it out together was too much, and I’m still emotional. 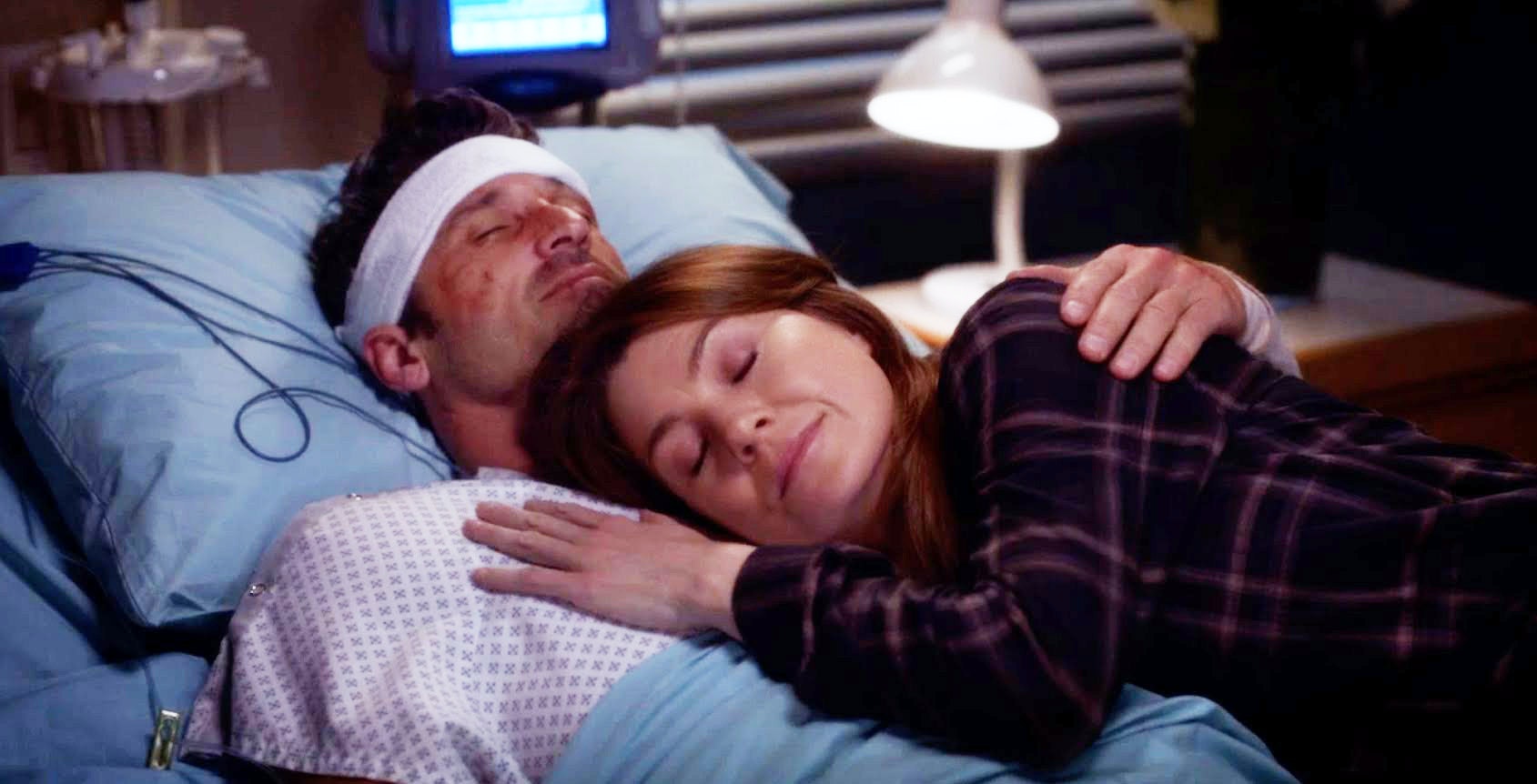 Derek’s death is honestly one of the saddest moments in TV history, and watching Meredith finally pull the plug with "You Were Supposed to Be Different" playing in the background was a whole new level of painful. At least Season 17’s dream beach sequences helped give MerDer fans the closure they need.

Season 17’s two-part premiere was already a lot, as the Grey Sloan Memorial doctors raced to contend with the devastating onset of the coronavirus pandemic. But no fan was prepared for the shocking return of McDreamy himself, who showed up on Mere’s dream beach as "Breathe Deep" played. 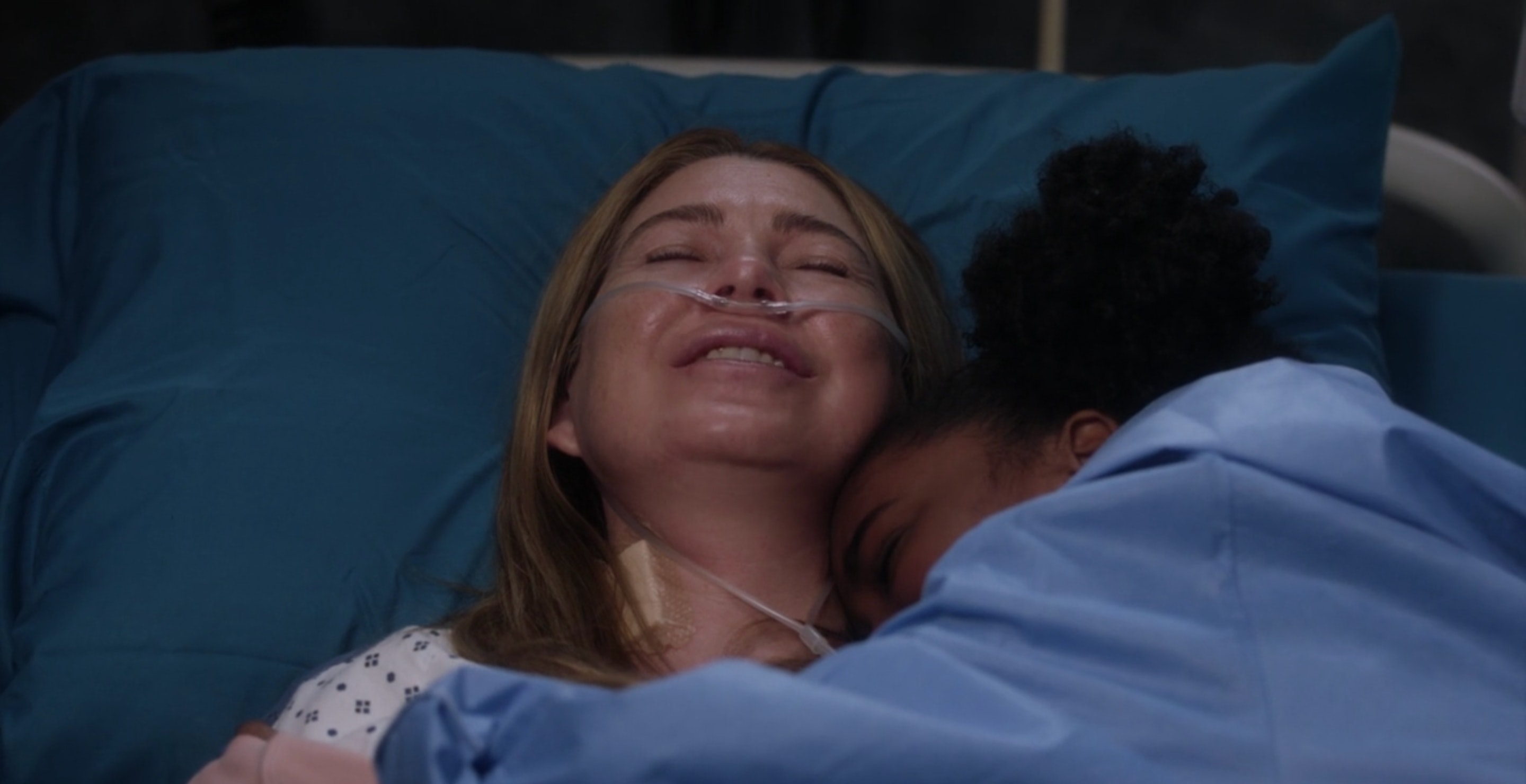 As hard as it was to say goodbye to Derek again, it was so satisfying to watch Meredith finally wake up from her COVID-induced coma when her daughter Zola Grey-Shepherd came to see her. When Meredith told her, "We love you, Zozo" to speak for herself and Derek?! Somebody sedate me!