Bill Gates and Warren Buffett are two of the world’s wealthiest individuals. Per Forbes’ 2021 World’s Billionaires List, Gates and Buffett have a net worth of $124 billion and $96 billion, respectively. They are also investors and philanthropists and have had a close friendship, inspiring each other through the decades of their career and personal life.

It all started on the Fourth of July weekend in 1991 when Gates’ mother, Mary Maxwell Gates, invited Washington Post editor Meg Greenfield to her home, per Business Insider. Buffett was the late editor’s friend, and he tagged along with her. And that was it — the two would later become close friends. Their connection was so strong that in 2006, Buffett pledged $33.1 billion in stock to the Bill & Melinda Gates Foundation, per NPR. He even served as a trustee for the foundation from 2006-2011, helping to develop strategies for various challenges. According to the foundation’s website, Buffett contributed $32.7 billion through 2021 to the Gates Foundation.

Gates and Buffett had several professional ties, but there was more between the two friends than philanthropy. So, what exactly was the truth about Buffett and Gates’ relationship? Here’s more on the relationship between the men.

Bill and Warren never wanted to meet each other 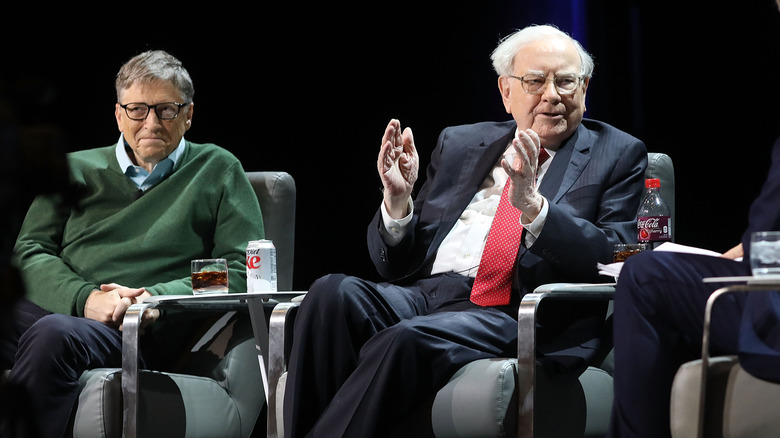 The Fourth of July weekend dinner in 1991 that would change everything and spark their unique friendship would have never happened, as Bill Gates never wanted to meet Warren Buffett.

Gates spoke about his reluctance to The New York Times in an interview. “I didn’t even want to meet Warren because I thought, ‘Hey this guy buys and sells things, and so he found imperfections in terms of markets, that’s not value added to society, that’s a zero-sum game that is almost parasitic.’ That was my view before I met him … he wasn’t going to tell me about inventing something,” Gates told the publication. Gates even disclosed in the past that he tried to skip dinner by telling his mother that he was busy. Buffett wasn’t too keen on meeting Gates either. “While we’re driving down there, I said, ‘What the hell are we going to spend all day doing with these people? How long do we have to stay to be polite?” Buffett would recall years later, Business Insider.

Despite their hesitation, the two pioneers did meet and enjoyed each other’s company. In a 2016 blog post from Gates Notes, Gates wrote that Buffett “didn’t come across as a big shot investor” and that they talked for hours. “He was funny, but what impressed me most was how clearly he thought about the world,” the tech mogul shared.

Warren has been a 'father figure' to Bill 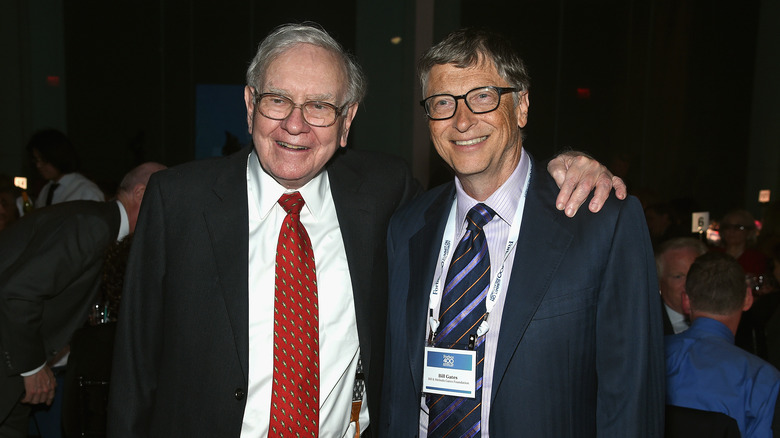 Bill Gates expressed his fondness for Warren Buffett in his writings. In a 2016 blog post for Gates Notes, he wrote that he had Buffett’s number on speed dial on his office’s phone and really took to his advice. The only other number on speed dial alongside Buffett was his home. “If Warren has time for a call, it’s the highlight of my week,” Gates gushed. “I’m constantly learning things from him. Warren and I love to talk about companies, politics, world events, and new innovations. And it’s really exciting to have somebody who’s studying these things with a bit of a different background.”

In his blog post, Gates went on to admit that the two were mostly peers. Still, sometimes Buffett was “so much wiser” than him — like a “father figure.” The investor also admired Gates. “We hit it off immediately,” Buffett said in 2000, per Business Insider. “We had a great time. He had this chimpanzee to whom he was going to try and explain this technical stuff. But I was kind of an interesting chimpanzee to him, and he’s a terrific teacher.”

Gates and Buffett have been close and have shared several memories. However, Gates’ divorce drama did see Buffett seemingly distancing himself by resigning from the Gates Foundation. And so it remains to be seen what lies ahead for the two.