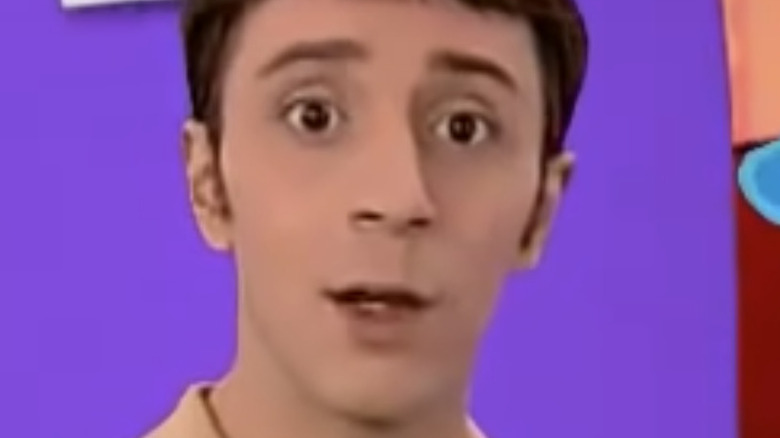 His bright smile, soothing voice, unbridled optimism, and charming curiosity made him a hit with the preschool set for years. Steve Burns and a little animated puppy named Blue captured the minds and hearts of children everywhere on the original version of the Nickelodeon series “Blue’s Clues” from 1996 to 2006 (via IMDb).

The concept was simple. A young man named Steve who lived alone in his big house, dressed in his striped green top, wondering what game his little dog Blue would want to play next. Of course, Blue didn’t speak Steve’s language because Blue was a dog, but she would leave clues around the house to help solve a simple mystery in each episode, while also helping develop a child’s reasoning skills.

“Blue’s Clues” made kids feel comfortable, but also made them think while having fun along the way. Then, in 2002, something changed. Steve was no longer there and instead a young man named Joe was following Blue’s clues until a puzzle was solved.

Steve disappeared among years of rumors 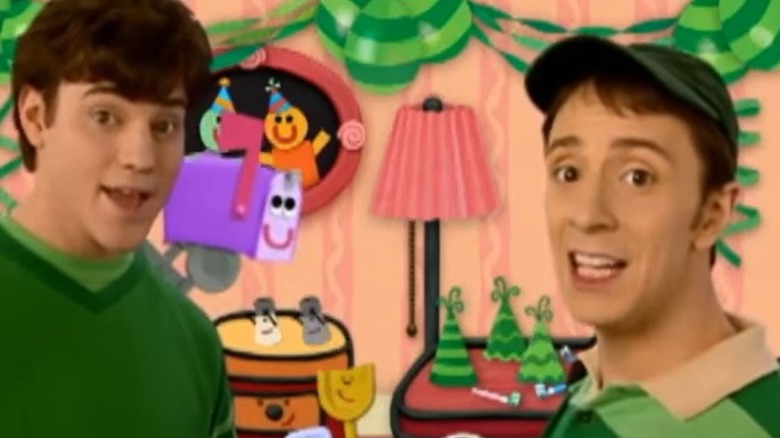 After Steve Burns left Blue’s Clues, some unusual rumors began circulating about what actually happened. The internet was ripe with theories, including one that said Burns had died from a drug overdose, according to Huffington Post. Another rumor had him dying due to a car crash, but the truth is Burns is still very much alive and has explained why he felt it was time to depart the Nickelodeon show all those years ago.

While Burns has pursued a music career since leaving “Blue’s Clues,” music wasn’t the reason he decided to say goodbye to children’s television and millions of adorable and adoring young fans. “That’s actually not true,” Burns told Huffington Post, regarding the theory that he left due to music. “No, no, no, no. People think I left the show to pursue a music career. That didn’t happen at all.”

So, why did he leave? As Burns put it to Huffington Post, it was just time. “I left the show because it was just simply time to go. I was pretty much playing a boyish, older-brotherish kind of character on the show,” he said. “I was getting older; I was losing my hair; a lot of the original gangsters on the show, like the people who created it, were all moving on to other careers. It just felt like time. I just had a gut feeling like it was time to go.”

Blue's Clues gets a reboot and Joe make an appearance 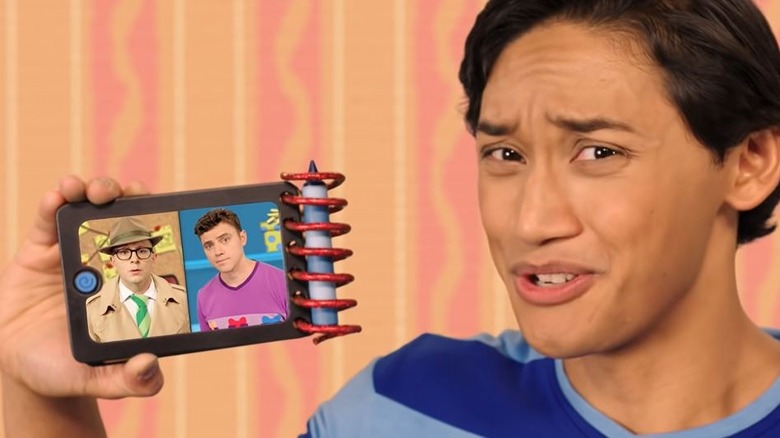 In 2019, Nickelodeon went the way of so many other networks and production companies and chose to reboot “Blue’s Clues,” with the new series being called “Blues Clues & You.”

The new series stars Joshua Dela Cruz as Josh, another young man with a puppy named Blue. The premiere episode on November 11, 2019 even featured Steve Burns and Donovan Patton as Steve and Joe, welcoming Josh to the fold of animated dogs, personified salt and pepper shakers, with offspring named Sage and Ginger, according to TV Line.

In fact, “Blues Clues & You” got a complete technology makeover so that a new generation of kids (and parents) could relate to the goings-on. Where Steve always had a handy, dandy notebook with actual paper to write down all of Blue’s clues, Josh got a smartphone to go with it so that he and Blue could email and make video calls, of course.