After spending a long, hot summer of love in the iconic Spanish villa, battling out to be win £50k in prize money, Love Island stars step out into a world of new-found fame and fortune. 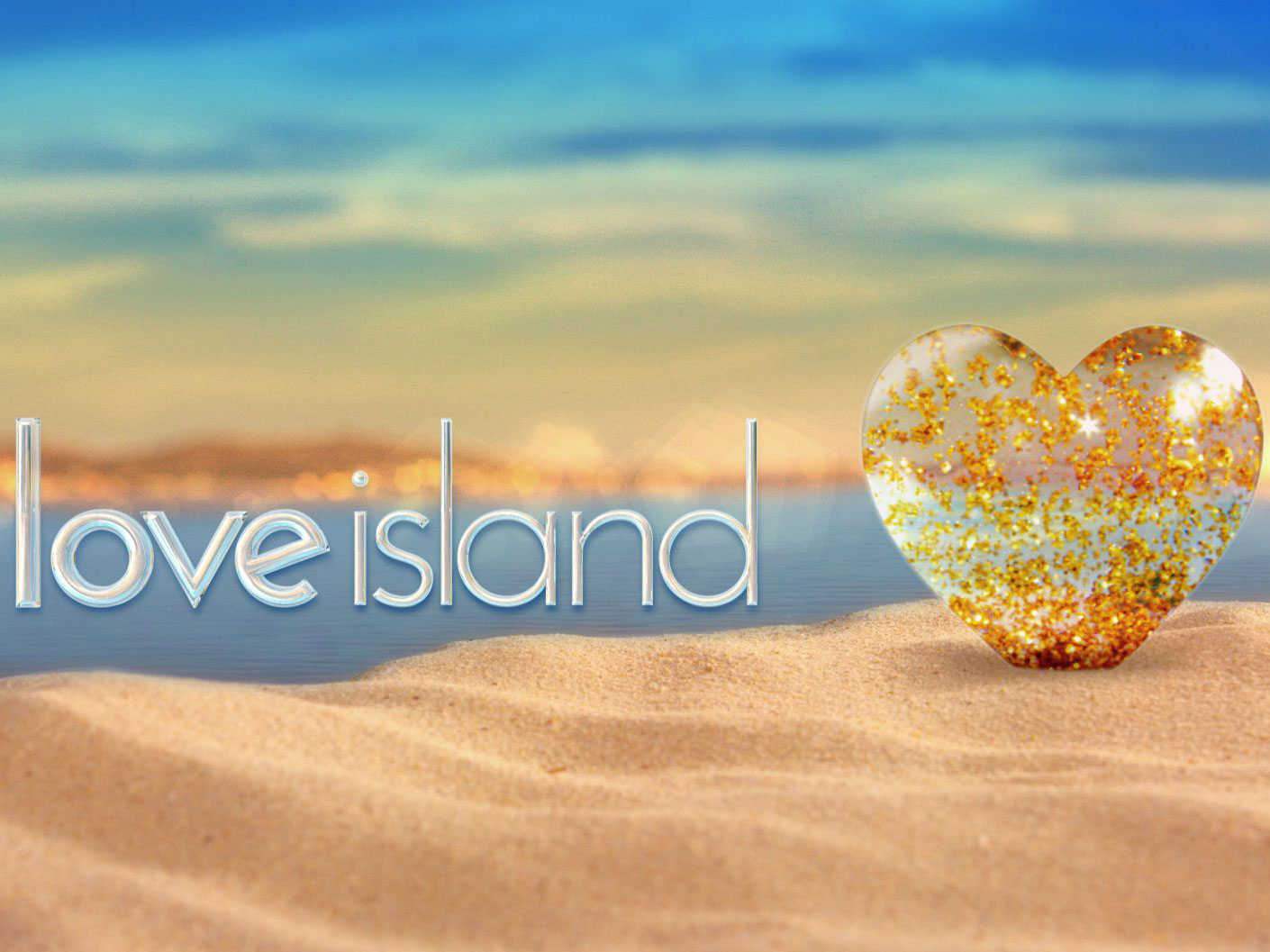 With lucrative brand deals, offers to launch their own fashion and beauty lines and the prospects of spin off shows at the feet of ex contestants, it’s little wonder plenty of former Islanders have raked in some serious cash since the villa.

So who has earned the mega bucks since the first series in 2015? Here’s the Love Island rich list… 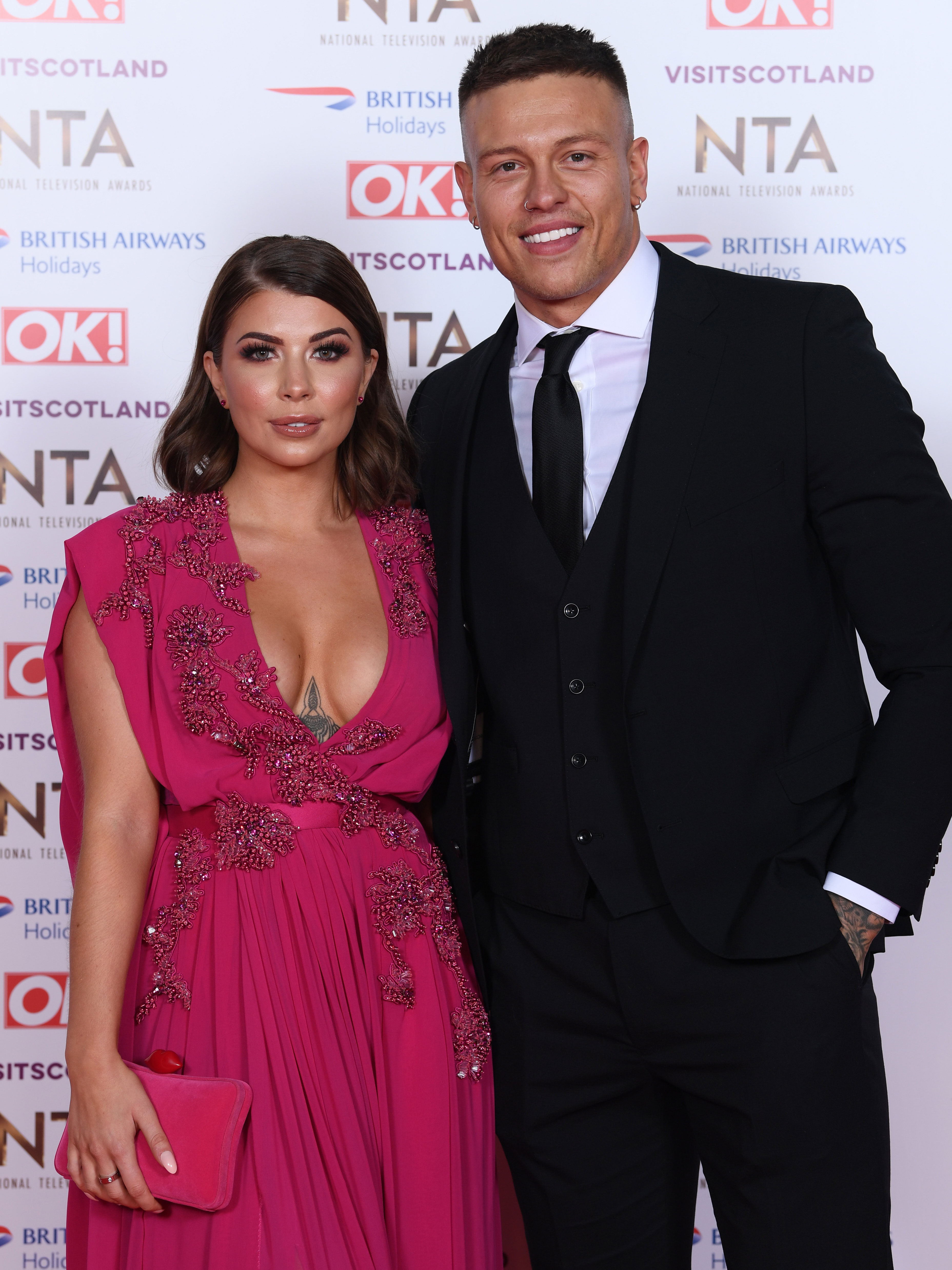 Coming in as the number one Love Island money-makers are Olivia and Alex Bowen.

The married couple are the definition of a Love Island success story, with The Mirror reporting they have made a whopping £4.4 million since falling head over heels in series two.

According to Fabulous magazine the lovebirds have made the most money from the show, with their wedding last year landing a £25,000 magazine deal.

Alex, 26, and Olivia, 25, have secured a combined Instagram following of 3.5 million and are said to make around £2,000 per sponsored social media post.

The pair have both landed stints in TV presenting and Liv has launched her own clothing line with QUIZ and been the face for brands such as Mark Hill, W7, Cocoa Brown and Batiste.

Meanwhile, Alex has modelled for BoohooMAN, Gym King and Hype, allegedly securing £200,000 for the deals. 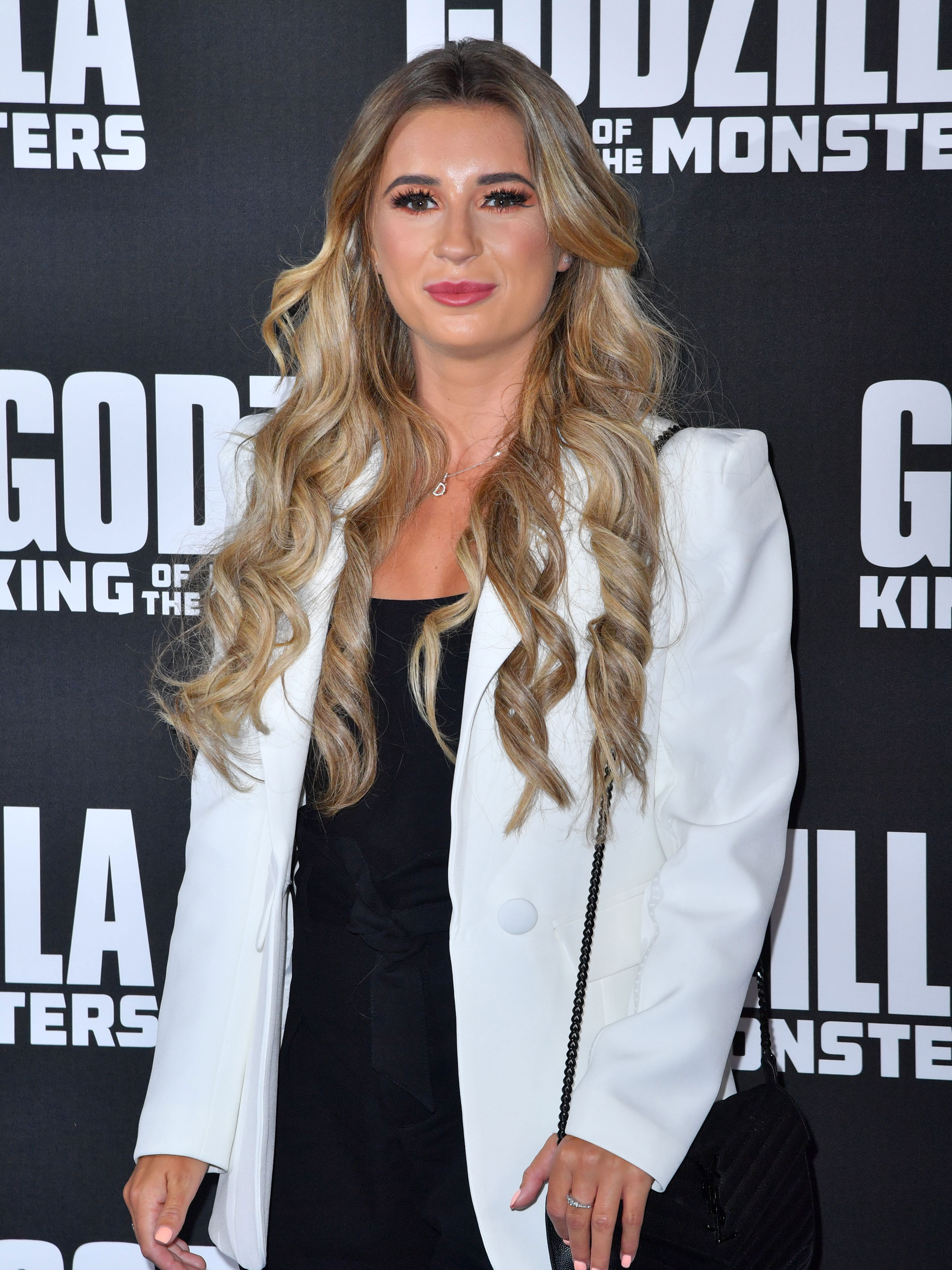 Dani is thought to have raked in £1.7 million since she won series four alongside then-boyfriend Jack Fincham, sharing the £50,000 winnings between them.

The pair went on to land their own three part spin off series on ITVBe titled Life After Love Island and even joined forces with brands like Cadbury and Lucozade, with The Sun saying they made at least £150,000 for advertising deals before their split earlier this year.

Dani reportedly secured a six figure contract working with Mark Hill hair products and later collaborated with online fashion brand In The Style, said to be worth around £750,000.

Last Christmasm the 23-year-old even showcased her inherited acting skills when she starred alongside dad Danny Dyer for a role in the West End’s Nativity The Musical. 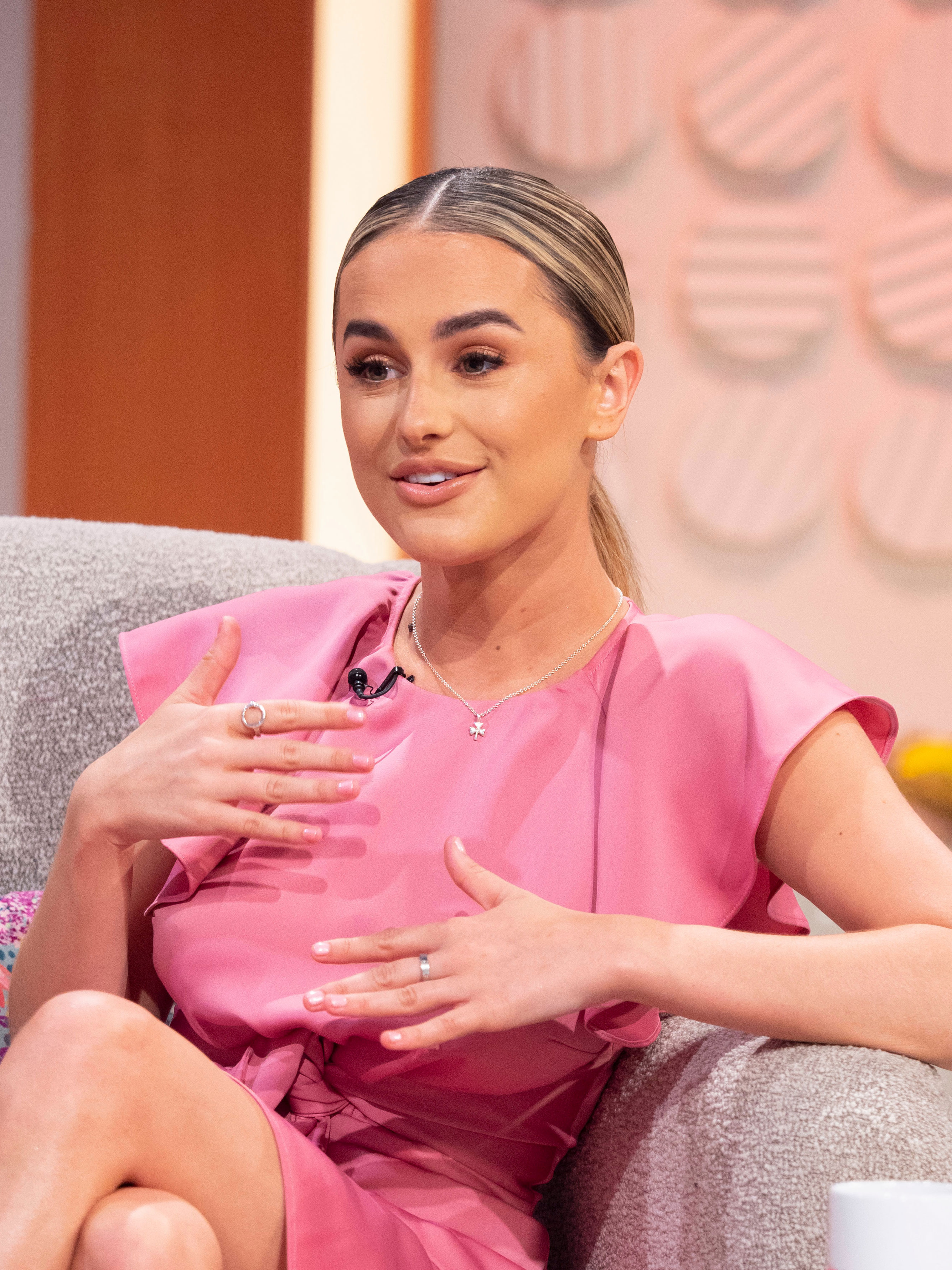 After splitting the £50,000 winnings with her now ex boyfriend Kem Cetinay in 2017, one half of the third Love Island victory couple, Amber Davies, is now said to have made a fortune of £1.6 million.

Although she split from Kem just months after they were crowned the Love Island couple of the year, Amber went on to make big bucks and even landed a role in Dolly Parton’s West End production, 9 To 5.

The 22-year-old has starred in her own spin off show alongside country star Dolly in the one part ITVBe series, Amber & Dolly: 9 to 5.

She went on to land a £500,000 clothing deal with Motel Rocks and was snapped up after an ‘intense bidding war between major fashion retailers’ according to OK! Magazine. 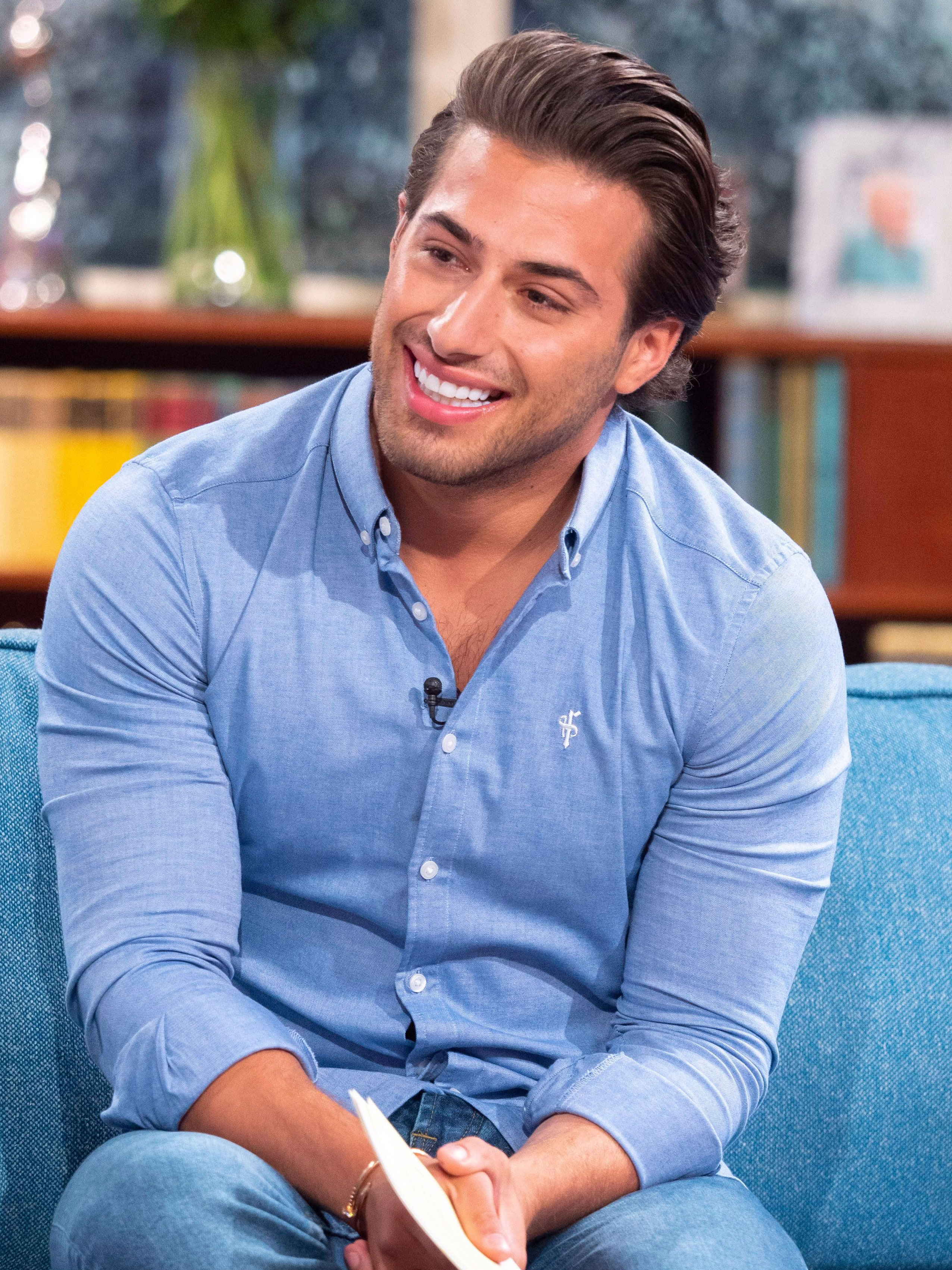 The second half of the 2017 winning power couple is Kem Cetinay, the cheeky Essex boy who has reportedly earned £1.5 million since series three of the show.

The 23-year-old former barber became the first ever male ambassador for Primark and worked with Boohoo, McDonald’s and Sainsbury’s.

Since his winning stint on Love Island he’s been a regular on our screens, appearing on Dancing On Ice, This Morning and Good Morning Britain.

Fell in love with the Island ❤️?

He even starred in a spin off show with Love Island bestie Chris Hughes and the dynamic villa duo topped the charts with their musical release Little Bit Leave It.

Kem is also reported to earn up to £8,000 per sponsored social media post. 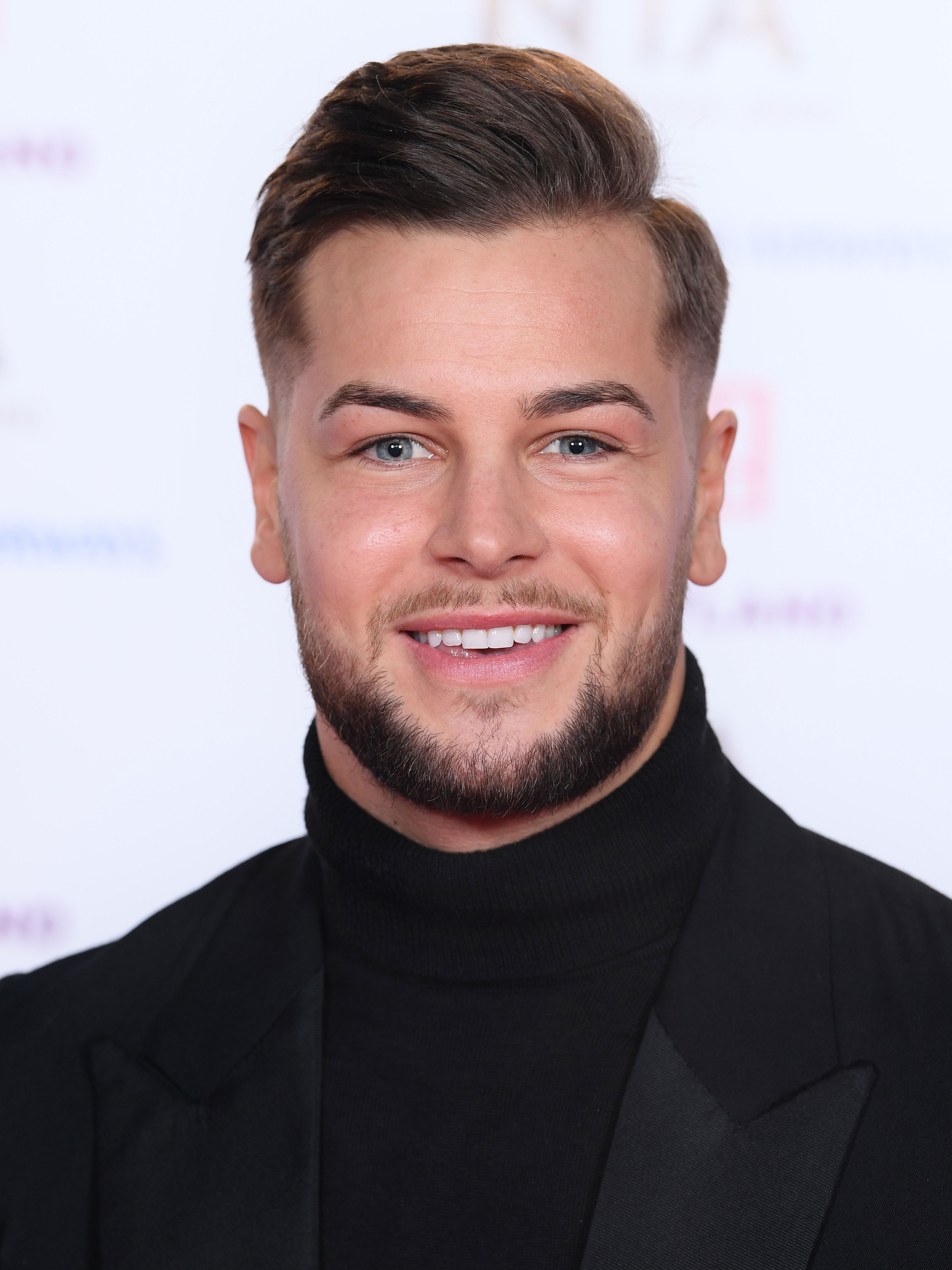 Former farm boy Chris is thought to have banked £1.4 million since series three, in which we saw him spark romance with fiery blonde bombshell Olivia Attwood.

The 26-year-old and Liv documented the ups and downs of their tumultuous relationship in the series Chris & Olivia: Crackin’ On, with the last episode seeing the pair call it quits.

The horse fanatic now presents racing coverage on TV and has released an auto-biography entitled You Bantering Me? 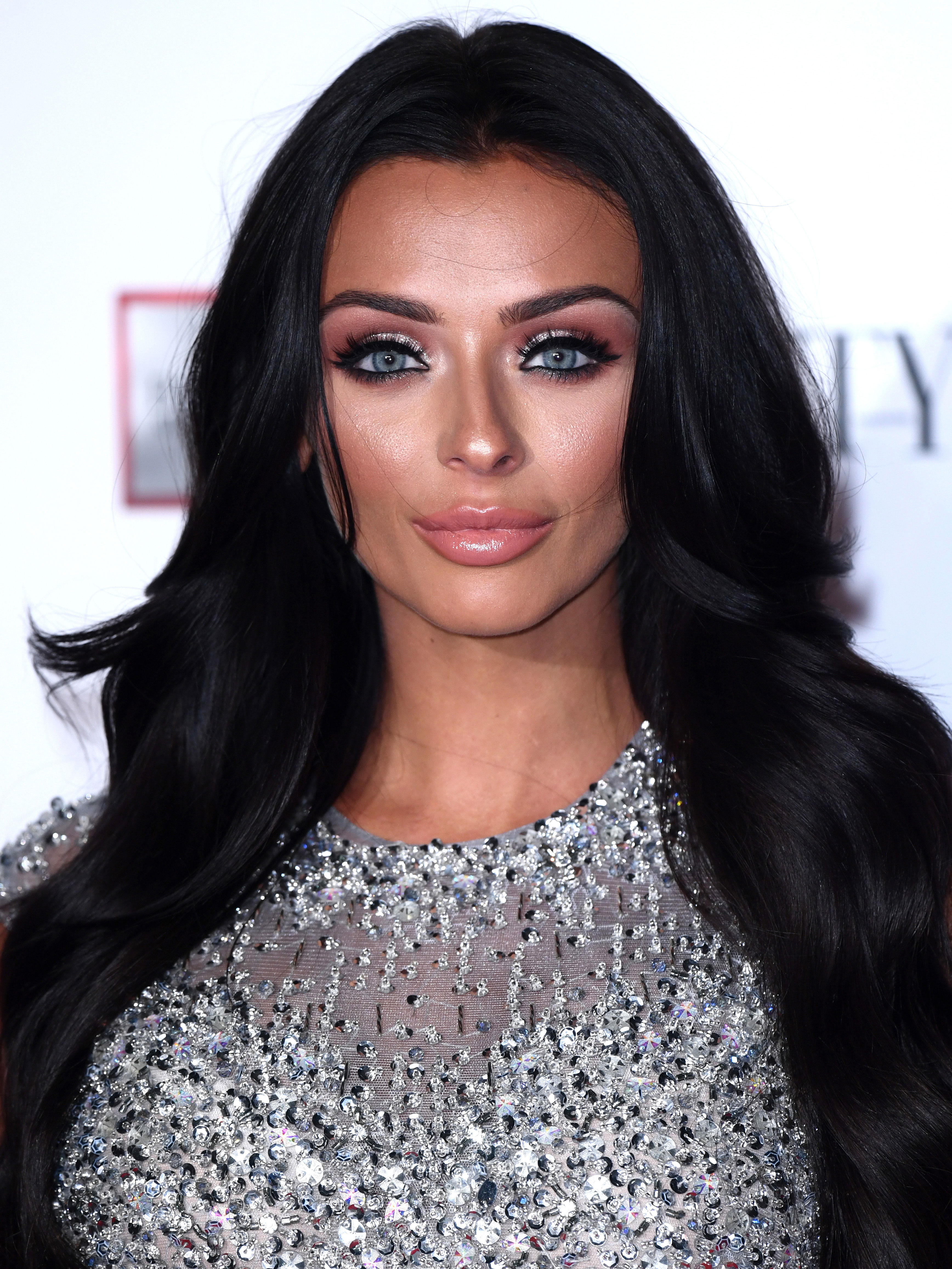 Stunning series two star Kady has reportedly made £1.2 million since her time in the villa in 2016.

Kady, 23, regularly shares #ad deals with her 1.2 million followers, teaming up with brands like Boohoo and I Saw It First and allegedly raking in up to £2,000 for each upload. 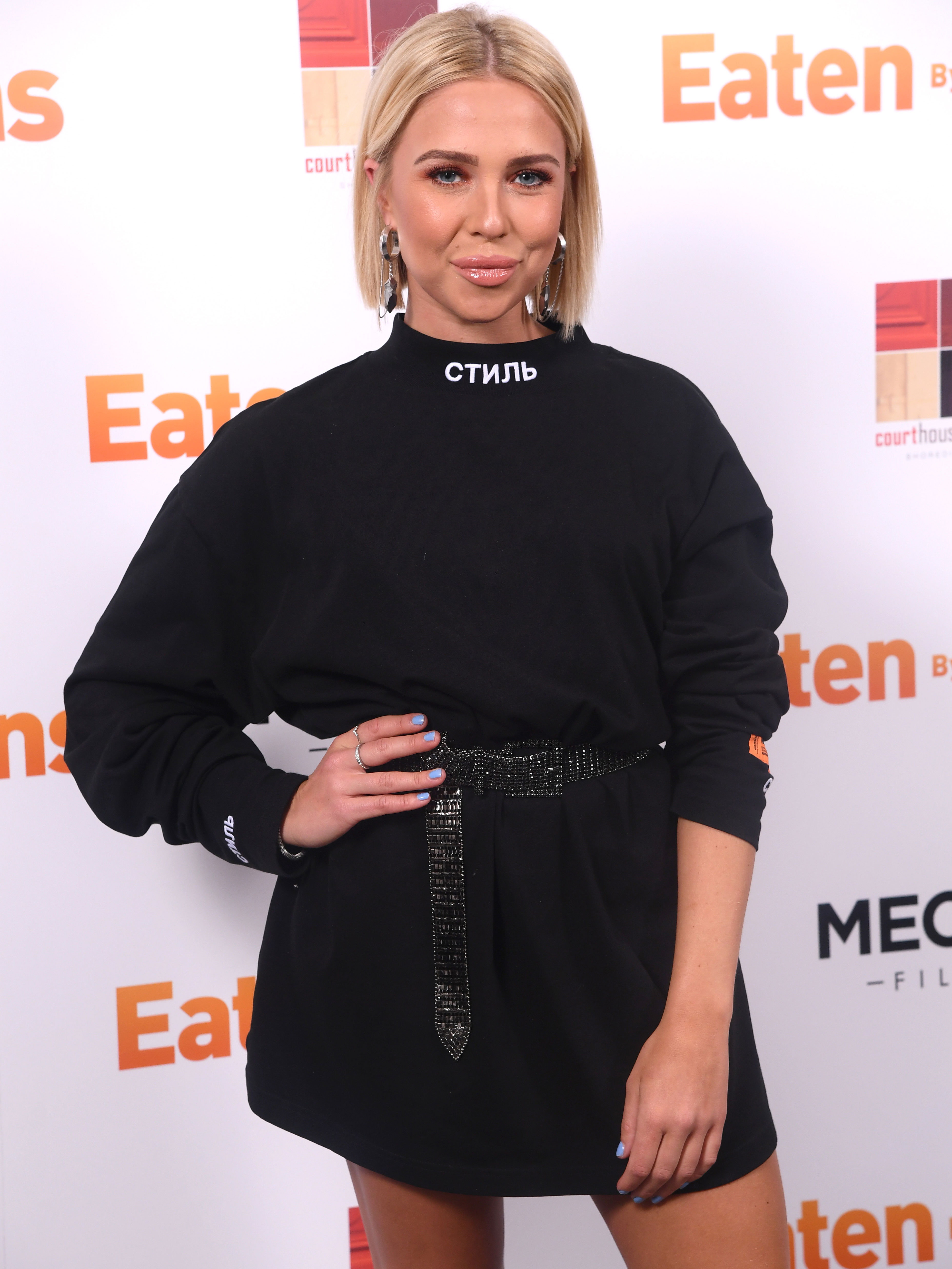 After rising to fame in 2017’s series of Love Island, Gabby Allen cashed in on her pre-villa career as a personal trainer.

The fitness pro, 27, who fell for ex Blazin’ Squad member Marcel Somerville, released her very own fitness app that topped the charts and recently brought out a book full of tips on how to achieve a banging bod like hers.

?? GIVE AWAY!!! ?? Its only 7 days until my book Shape Up is out!!! ??? this is your chance to win a free signed copy of the book & you’ll receive it on time to smash the 4 week plan with me starting in May 5th ??? all you have to do is LIKE & TAG someone below who you think would love the book! Tag yourself if you want! ??? the count down to our summer bodies is on! ☀️❤️ 5 winners announced monday!!!!

Despite splitting from Marcel following claims he had cheated on her, the 27-year-old continued to excel in her post-Love Island career and has since found love again with Rak-Su star Myles Stephenson. 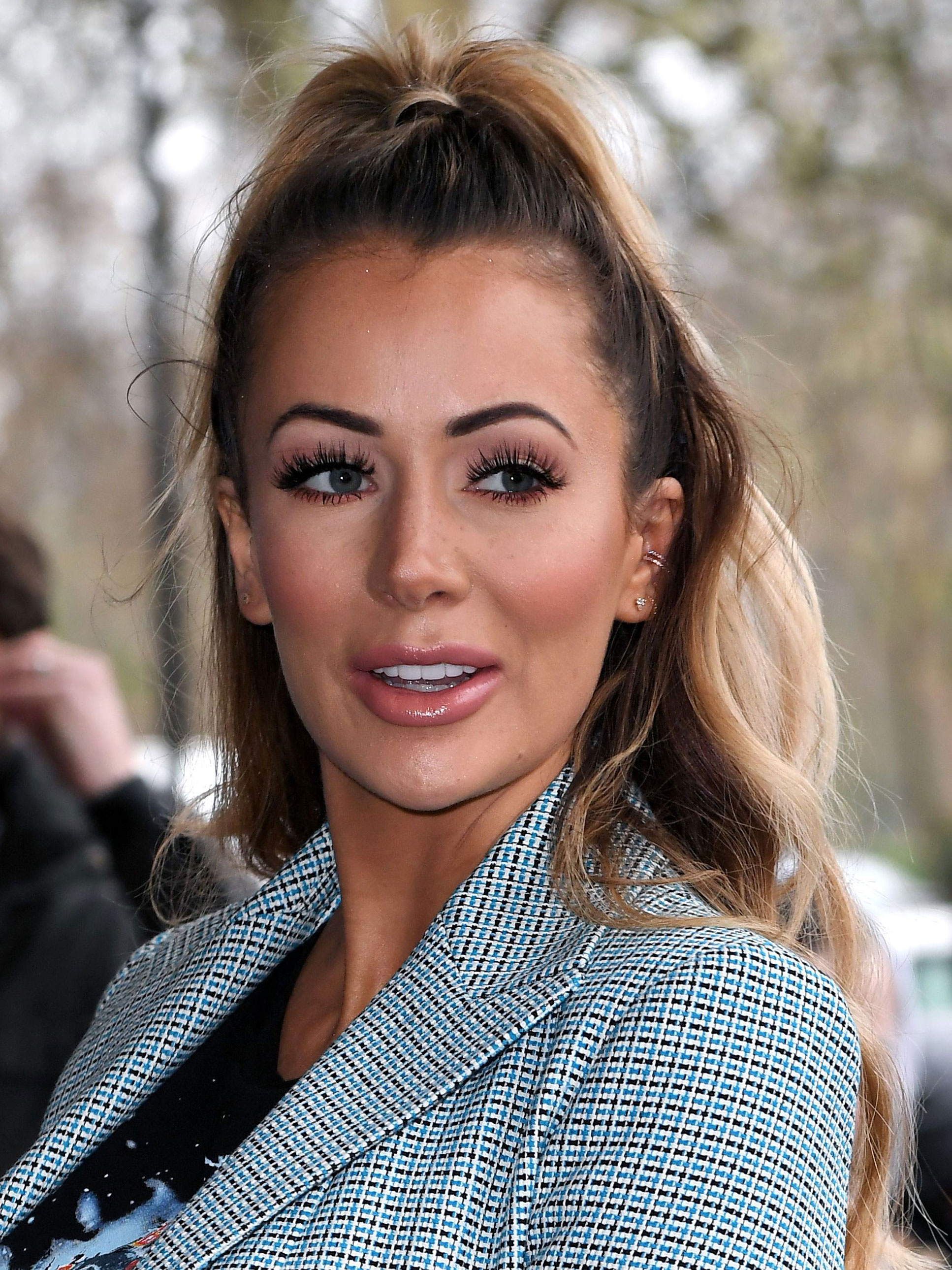 Former grid girl Olivia has reportedly raked in £1.2 million since her time in the villa in 2017.

After a whirlwind romance with Chris Hughes the Barbie-esque babe, 28, has appeared on E4’s Celebs Go Dating and landed her very own magazine column.

Liv recently moved in to a swanky Manchester pad with football star boyfriend Bradley Dack before treating herself to a brand new Range Rover earlier this year. 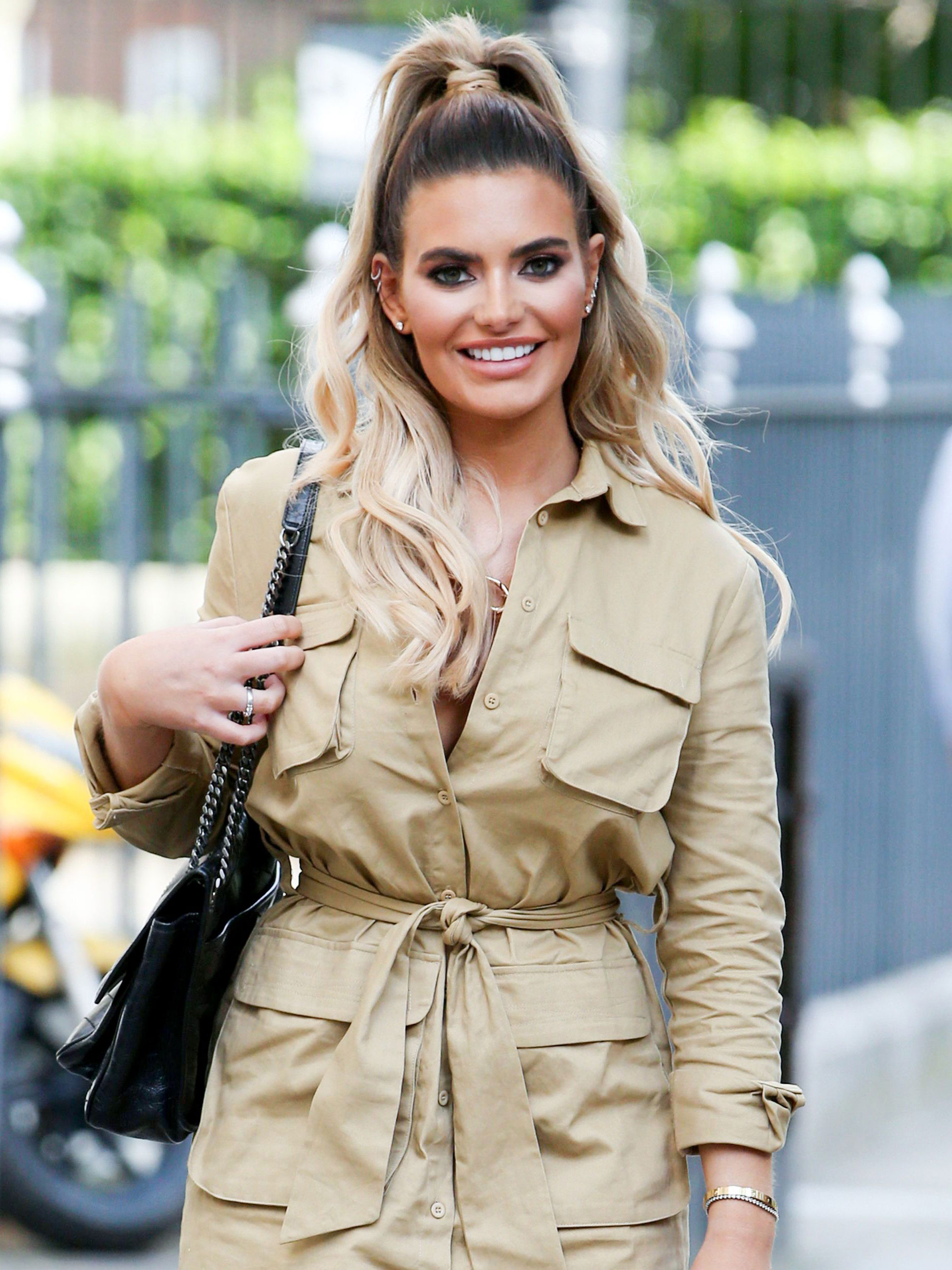 Making an appearance mid way through series four, Megan stirred things up in the villa with her stunning good looks and ability make every male Islander fall at her feet.

The glamour model has reportedly made a staggering £1.1 million since after signing deals with fashion brand Pretty Little Thing and beauty company Avon.

The 25-year-old is set to appear on the upcoming series of Celebs Go Dating and has admitted to being open to finding love with both men and women. 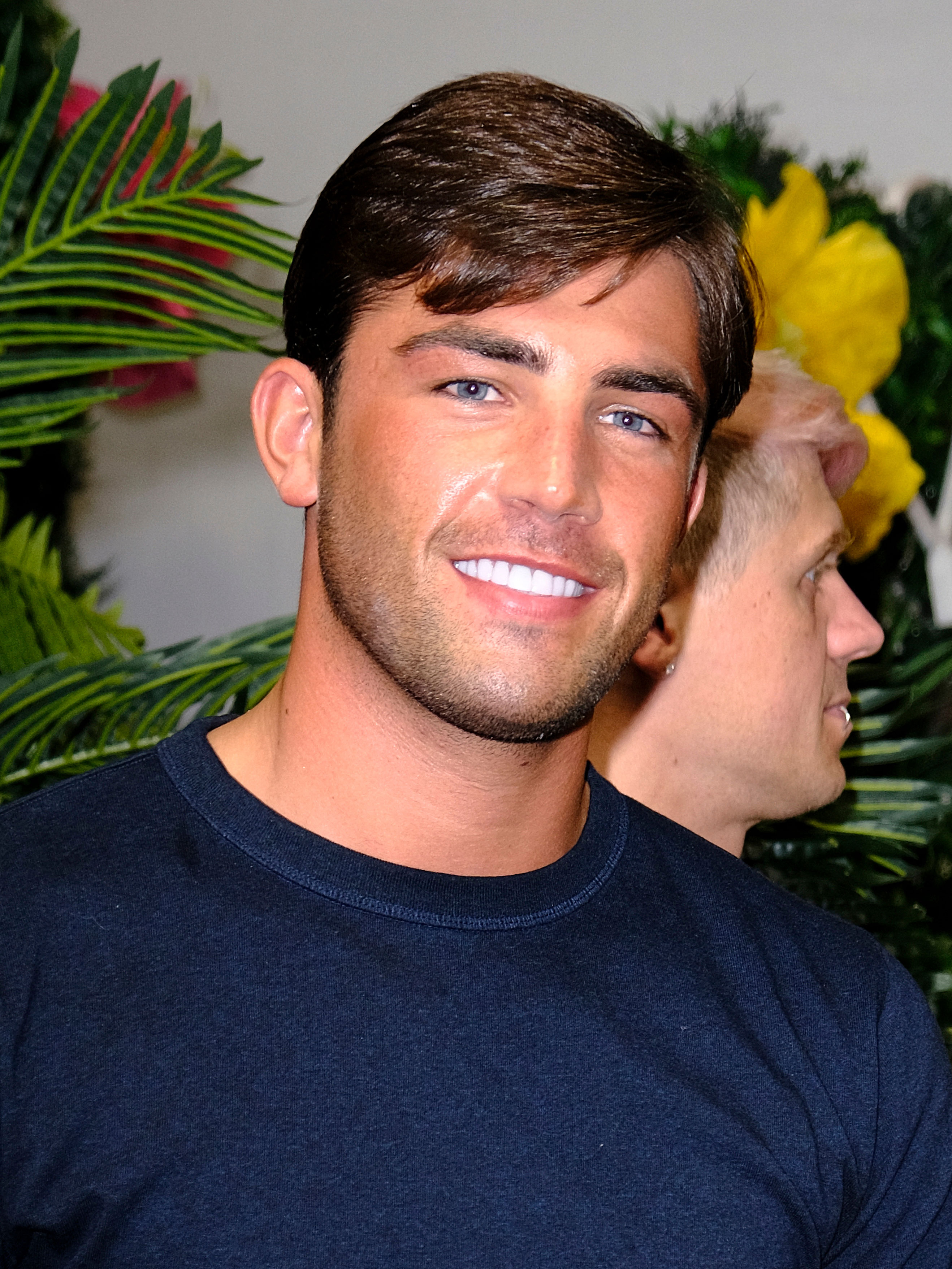 After stealing the nation’s heart when he fell in love with Dani Dyer last year, Jack Fincham, 28, has made £1 million since his Love Island win.

The former pen salesman has collaborated with McDonald’s and fitness brand Protein World as well as releasing his own line of stationary titled Fincham London.

Summer come at me ? thanks @proteinworld for supporting me in getting in better shape. Couldn’t recommend the slender plan enough. I feel physically and mentally stronger and the journey has only just begun ? ? so keep your eyes peeled ??and no I never had a spray tan I had just got back from ibiza ? Use my discount code JACK35 #AD

Following in his fellow Islanders foot steps, he too is set to join the cast of Celebs Go Dating this year.