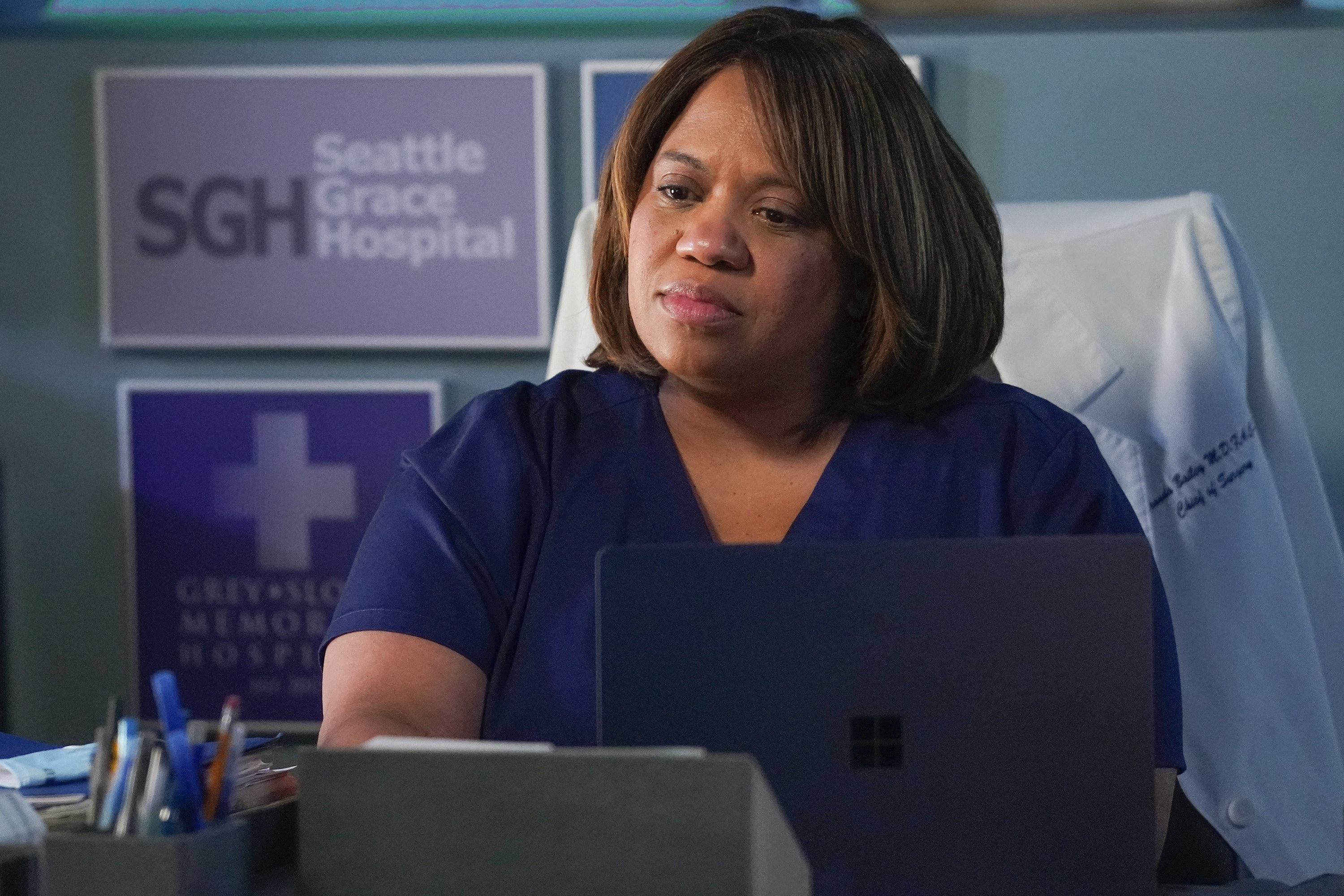 Over the course of 17 seasons, Miranda Bailey (Chandra Wilson) has been Grey’s Anatomy‘s rock. The no-nonsense surgeon knows how to keep her cool, so if she’s freaked out, something big must be happening. So with the Grey’s Anatomy Season 17, Episode 12 promo teasing a huge Bailey bombshell, fans should prepare themselves.

Warning: Light spoilers for Grey’s Anatomy Season 17 follow. Bailey has already been through a lot in Season 17, from losing her mother (Bianca Taylor) during the COVID pandemic to caring for her close friend Meredith Grey (Ellen Pompeo) as she battles the virus. But she’s characteristically kept her cool throughout almost everything, which makes the promo for Season 17, Episode 12 (titled "Sign O’ the Times") so concerning. At the end of the preview, Bailey bursts into the Grey Sloan Memorial stairwell, screaming, "What?1 What?!"

It’s unclear what exactly is stressing her out so much in the short clip, but the rest of the promo offers some clues. It opens with Jackson (Jesse Williams) going for a run before coming across a Black Lives Matter protest. At the hospital, Richard Webber (James Pickens Jr.) calls Jackson to help him treat a woman who was hit with a tear gas canister at that same event. "We were marching peacefully," Webber says, as Jackson looks at him in shock.

Viewers get a brief glimpse of a nervous Levi (James Borelli) wheeling Mere in for a CT scan before the rest of the doctors are seen responding to an unseen patient as the words "no training could prepare them for this" flash onscreen. Then Bailey has that intense hallway moment, leaving viewers with even more questions than before. Were her son Tuck (BJ Tanner) or husband Ben (Jason Winston George) injured at the BLM protest? Has Mere’s health taken a turn for the worse? Or is something entirely different going on?

Fans will have to wait on the edges of their seat to find out, but somehow Bailey’s bombshell isn’t the only major storyline coming up. Here’s what else is going on at Grey Sloan Memorial next episode, per the official synopsis:

Viewers will finally get some answers when Grey’s Anatomy continues on Thursday, April 15, at 9 p.m. ET on ABC.