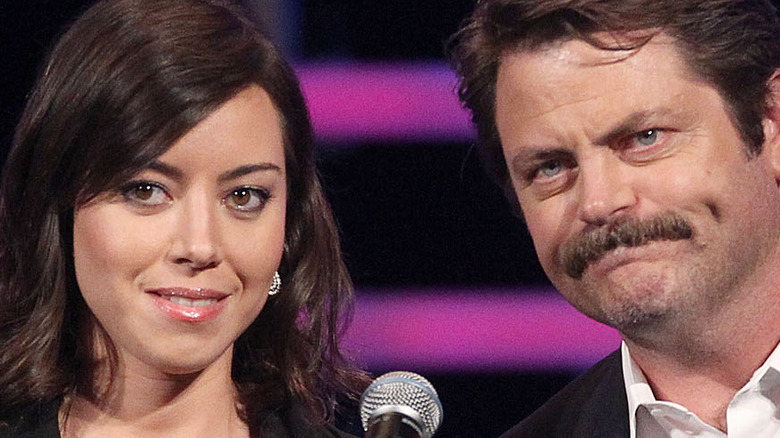 “Parks and Recreation” is such a beloved series that it’s become a show fans will rewatch over and over again. Some would even love it if the original “Parks and Rec” crew ever wanted to get back together for one more season. It seems two of the stars of the series would also be down — Amy Poehler and Nick Offerman. When speaking with Today, Poehler said that she and Offerman “are probably the most eager and willing to do anything.” If NBC wanted to do another season of the show that ended back in 2015, Poehler said she wouldn’t “know how to play it cool” and that her and Offerman would “do it anytime.”

On the series, Poehler played deputy director of the Parks and Recreation Department of Pawnee, Leslie Knope, while Offerman played her boss, Ron Swanson. Offerman has become so synonymous with his character that he even said he gets called Ron often, according to “The Bobby Bones Show”. He doesn’t mind it, though, because he feels that it shows “his work in that character was so effective.” 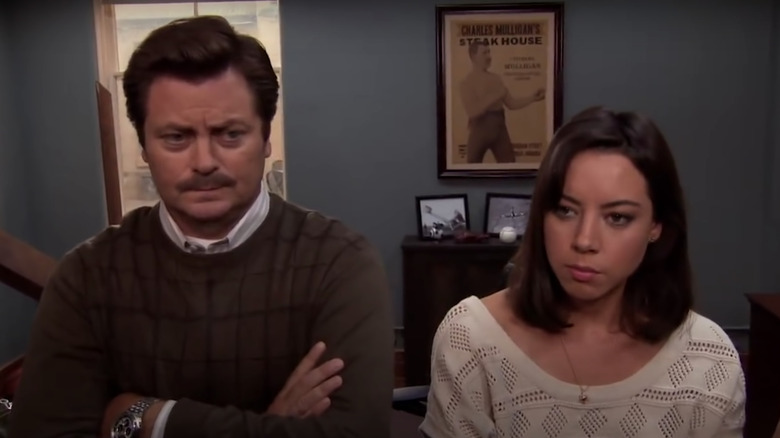 If you’ve seen the series, you know that Ron’s extremely deadpan persona was a total foil for Leslie’s overly ambitious character. He actually despised interacting with anyone, which made him appreciate his assistant, April Ludgate (played by Aubrey Plaza), even more. Together, their cold personas meshed well together, which actually had some fans speculating whether or not these two characters were actually related. In fact, there is one “Parks and Rec” fan theory that suggests Ron is actually April’s real father (via Ranker).

Watching the show, you know that Ron’s alter ego is a sax player named Duke Silver, who April’s mom is a fan of. Fans think that it’s possible April’s mom had a one-night stand with Duke (aka Ron) after one of his shows, leading to the birth of April. While this would make sense as to why these two characters are so eerily similar in personalities, this fan theory has been debunked, according to Screen Rant. First of all, April has a younger sister who is very much like April, so it wouldn’t make sense if April was born from a one-night stand and her sister wasn’t.

There was also never any indication in the series of April questioning who her father was, or Ron questioning if he had a child from a previous affair. As Screen Rant suggests, the writers of the series “would have never glossed over something so monumental” if Ron and April were related.