Strictly Come Dancing stalwart Aljaž Škorjanec was eliminated in a dance-off on Saturday and rumours continue that this may be his last appearance on the dancing show.

On spin-off show It Takes Two, he also appeared to signal the end of his time dancing with celebrities on the beeb. Rumours are rife that Aljaž's emotional speech was full of reflection that hinted he may be leaving the show after eight years.

In the heartfelt address, he discussed how much of a joy his experience with dance partner and Dragon's Den star Sara Davies was.

He said: "Thank you for letting me spend so much time not just with you, but with the whole family, the Davies that are here tonight, all of the little ones at home."

For all the latest news from Strictly and the other biggest shows on the box, sign up to OK! newsletters here.

He continued: "I’ve been so welcomed up North, it made me feel like I’m back home in Slovenia because everyone is so lovely and friendly. I’m going to miss you so much."

The Slovenian dancer, 31, alerted fans to his potential departure with his closing line. Aljaž declared: "I’m going to miss dancing with you. I’m going to miss everything about this show. Thank you everyone and thank you for supporting us."

As rumours continue to rage on, OK! takes a look at all the professionals that have left Strictly and the reasons why they no longer wanted to, as hosts Tess Daly and Claudia Winkleman say, "keep dancing".

The Russian pro won the dance contest with Kara Tointon in 2010 and then went on to date the actress. But, over time he grew frustrated with the lack of consistency behind the scenes.

Artem said last year: "The BBC kept changing producers and executive producers of the show. So once you really know how to work with one person, then they are changing and you're trying to find a way to work with another person.

"I think that was my biggest determination why I wanted to leave the show.

New Zealand dancer Brendan Cole was famed for his bravado and early success with Natasha Kaplinksy in the competition. However, he made only one more top 3 finish and was sad at the beeb's decision to call time on his Strictly career.

He said around the time: “It’s their decision, the powers that be within the BBC, they’ll have a vision of the show and I’m not part of the vision, that’s OK. Listen, I accept, you’ve got to accept what decisions are made.

“I would have preferred to have made the decision myself, but maybe I would never have made it because I love being on the show." The brother of Love Island star Curtis Pritchard left the show after the last series to pursue a career in TV with his sibling. AJ said: "I want to have my own brand and there were things I couldn't do because of the Strictly brand and the time involved."

The pair appeared on Hollyoaks earlier this year, playing the part of scheming twins Marco and Jacob.

Kevin was one of many professional dancers to find romance on the dancing show. He left after being crowned champion with partner Stacey Dooley.

After winning the competition, the couple are said to be on the verge of launching a TV career together.

Flavia and Vincent were partners in every sense of the word until Flavia began dating her dance partner Matt Di Angelo.

The professionals continued to dance together outside the BBC studios and have been for over 25 years. The couple left after performing in seven series of the show to focus on their dance career outside of Strictly.

Erin left the show in 2014 and was replaced by future It Takes Two presenter, Janette Manrara after 10 years on the BBC show. 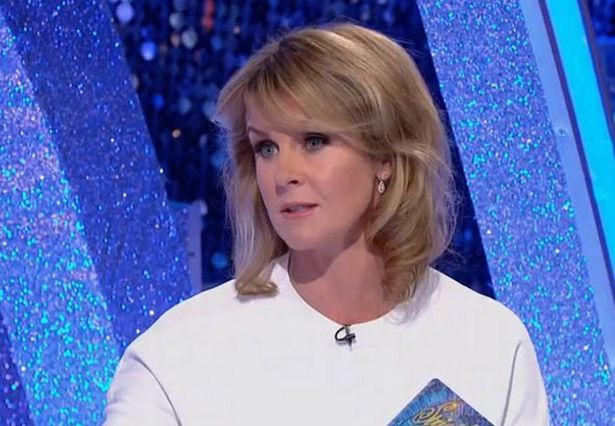 He was one of few professionals who didn't leave with any bad blood.

Pasha was one of the most successful professionals on the show and won the competition with Caroline Flack in 2014.

The Russian made 4 finals and also met his partner, Countdown's Rachel Riley. In a statement Strictly heaped praise on the pro.

They said: "Pasha, from all of us, thank you for your amazing choreography and routines over the years. You’ll be sorely missed!"