Broadcaster Julie Donaldson, who is well known for hosting The Morning Mix at Redcar’s Zetland FM died in the early hours of Saturday morning. Packed Lunch host Steph McGovern, 38, has expressed her condolences via Twitter, saying she is “gutted to hear” the tragic news.

Gutted to hear that

Julie was admitted to hospital on October 6 and had been in intensive care for weeks.

The radio presenter was said to have “put up an incredibly brave fight”.

Steph decided to share a touching tribute to the radio host, branding her as a “good laugh”.

“Gutted to hear that Teesside broadcasting legend @juliedonaldson has died,” she began to tell her 406,000 Twitter followers. 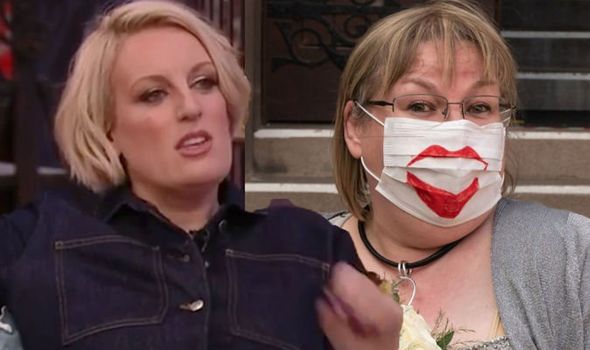 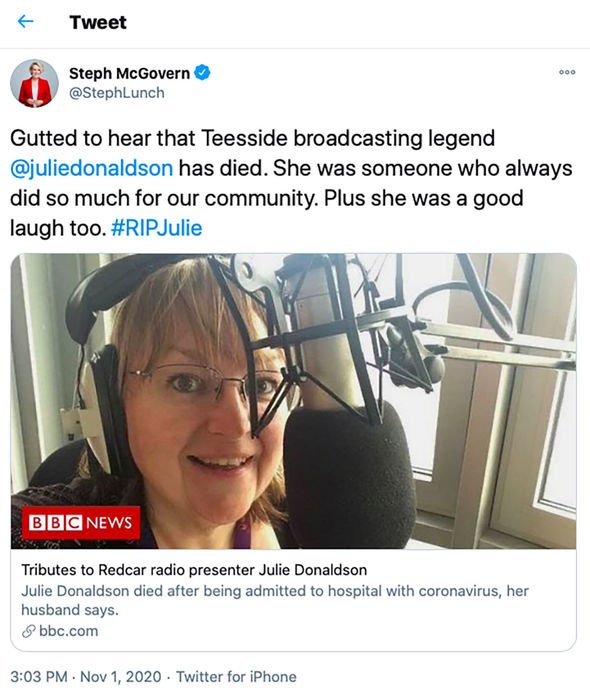 “She was someone who always did so much for our community. Plus she was a good laugh too. #RIPJulie.”

“Awful awful news Steph,” one fan replied, with another who wrote: “Terrible news.”

Julie’s husband John confirmed she had died, according to Teeside live. 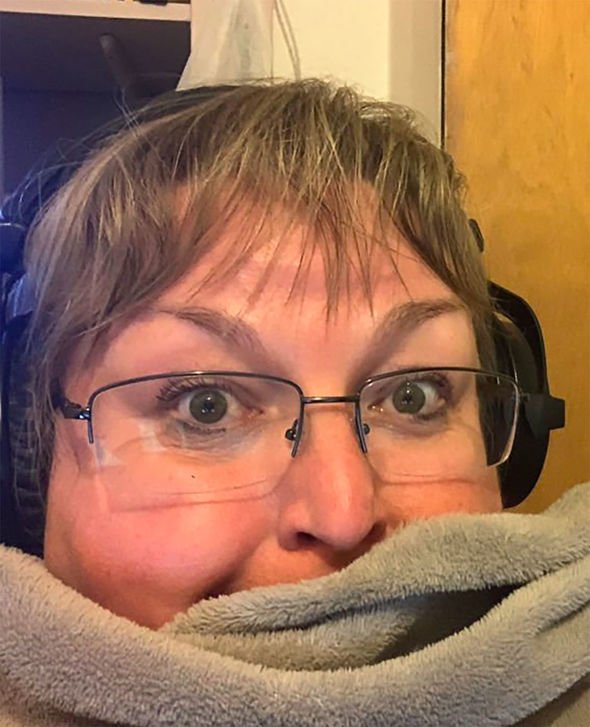 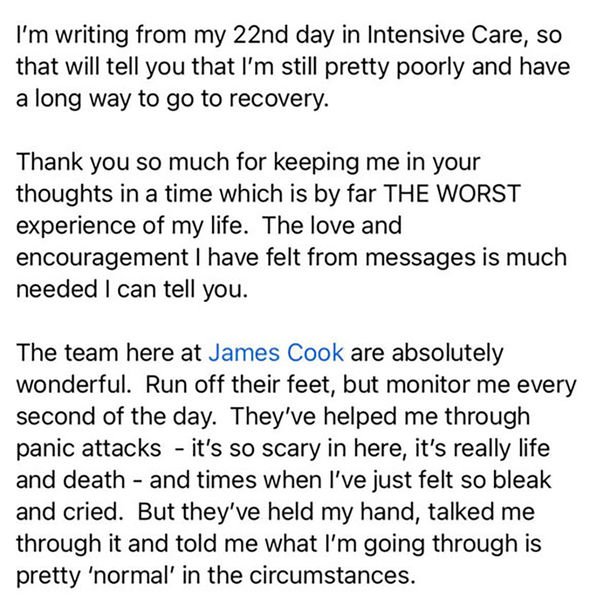 A statement on Zetland FM’s Facebook page confirmed the news and said John is “devastated”.

“As you may know, our ‘Morning Mix’ presenter Julie Donaldson has been in intensive care for several weeks having contracted COVID-19,” they began.

“Today, Julie’s husband John has been in touch with some terribly sad news: ‘I am devastated to have to write that Julie died this morning shortly after 5am.

“‘She was admitted to hospital earlier this month and put up an incredibly brave fight to combat this terrible disease.'”

He continued: “In the end, her heart simply could not cope with the strain which her deteriorating lungs were placing on it.

“The doctors and nurses in ICU were exceptional and were all so supportive and went the extra mile to comfort her when she most needed it.

“I would also like to thank all her friends on Facebook for your kind words and encouragement, I know this has helped her enormously.'”

Julie previously opened up on social media since being diagnosed with coronavirus.

She shared: “I’m writing from my 22nd day in intensive care so that will tell you that I’m still pretty poorly and have a long way to go to recovery.

“Thank you so much for keeping me in your thoughts in a time which is by far THE WORST experience of my life. The love and encouragement I have felt from your messages is much needed I can tell you.”

She went on to say: “The team here at James Cook are absolutely wonderful. Run off their feet, but monitor me every second of the day. It’s so scary in here, it’s really life and death.

“Times when I’ve felt so bleak and cried. But they’ve held my hand, talked me through it and told me what I’m going through is pretty ’normal’ in the circumstances.”