Sophia Pippen took to Instagram to share a new behind the scenes pic of herself wearing a pink dress while sitting in a stool and looking in a mirror.

Sophia Pippen, 13, looks so grown up in her latest social media pic! The daughter of Scottie Pippen, 55, and Larsa Pippen, 47, shared a new behind the scenes snapshot from a professional photo shoot relating to her mom’s jewelry line, Larsa Marie, and it was truly memorable. She wore a sleeveless pink dress that appeared to be made of lace, in the photo, and looked to the side where a stand up mirror was placed as she sat on a red stool.

She also wore pink heels that had straps around the ankles and had a bracelet and necklace on as her long straight locks were down. She tagged Larsa’s jewelry line in the pic but only captioned it with, “#bts.” Once it was published, her followers took to the comments section to respond with compliments.

“Gorgeous,” one follower wrote while another called her a “beauty.” A third shared, “Wow you’re growing up so fast ! Quite a young lady. You look poise and gracious and beautiful.” and a fourth said she looks like her dad. 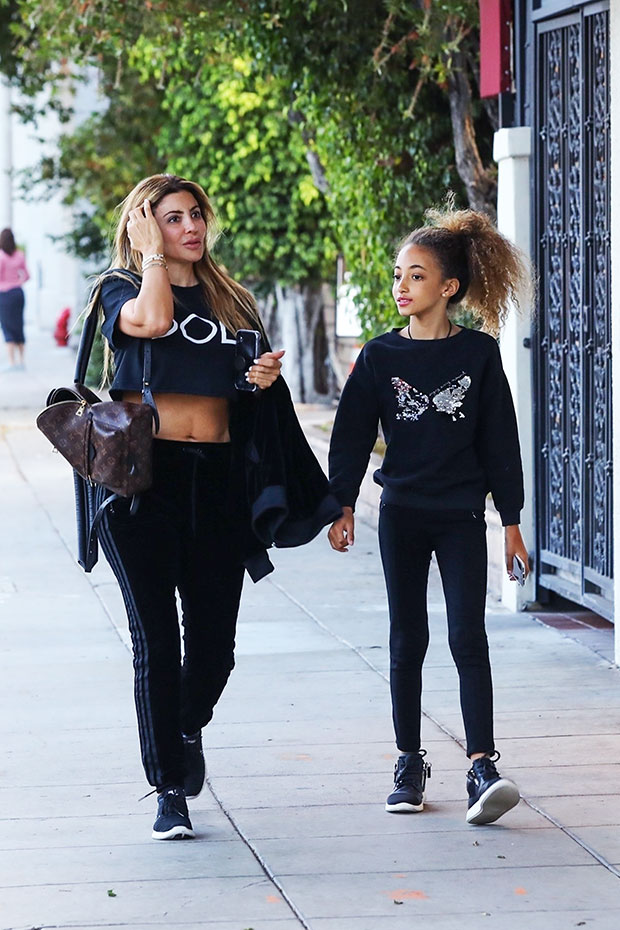 Before she posted her latest pic, Sophia made headlines when she was posed in a photo with her mom in Jan. The snapshot was shared by Larsa and featured the proud parent wearing a pink crop top and ripped jeans while her look-alike gal wore a black Givenchy crop top and ripped tan sweatpants. “Spending quality time,” Larsa wrote in the caption, indicating they were having a fun mother-daughter moment.

Larsa also showed off a pic with not only Sophia, but also her brothers, Scottie Pippen Jr., 20, and Justin Pippen, 16, in a special Mother’s Day post that was taken at Universal Studios in Orlando back in May. Her other brother, Preston Pippen, 19, wasn’t in the photo but the doting mom mentioned him in the caption. “Happy Mother’s Day sending love and light to all the mothers out there. Preston you’re missed #universalstudiosorlando,” it read.