The 23-year-old model never fails to turn heads on her nights out, and her latest look is a definite winner.

Attending Mean Girls: The Movie and More, Victoria channeled her inner Regina George and dolled herself up in a pink minidress.

Flaunting her flesh in the skimpy material, the Britain’s Next Top Model babe certainly raised temperatures in the slashed one-piece.

The low-cut material clung to her skin as her curves stole the show with her assets peeping through the criss-cross design.

Appearing almost completely frontless, the dress allowed her to flaunt a little more than usual as she ditched her bra for the risqué display.

Poking through the centre panel, her cleavage held court as the fabric cut at the sides.

With the body-con dress proving to be tighter than skin, the babe flashed her curves in the sizzling minidress.

Finishing the outfit with a pair of snakeskin heels, the bombshell flaunted her pins as she sprawled across Regina George’s bed with the Burn Book in hand. 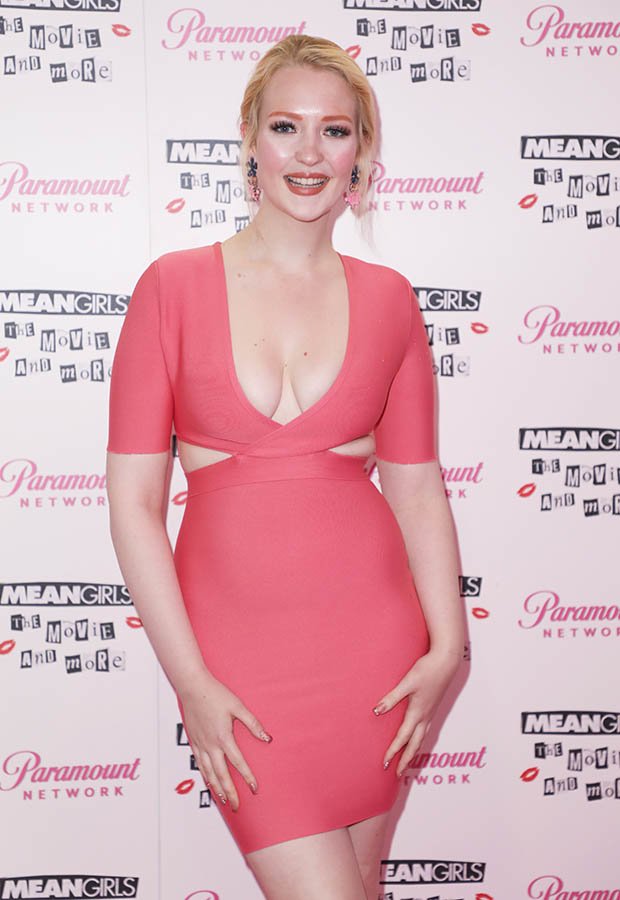 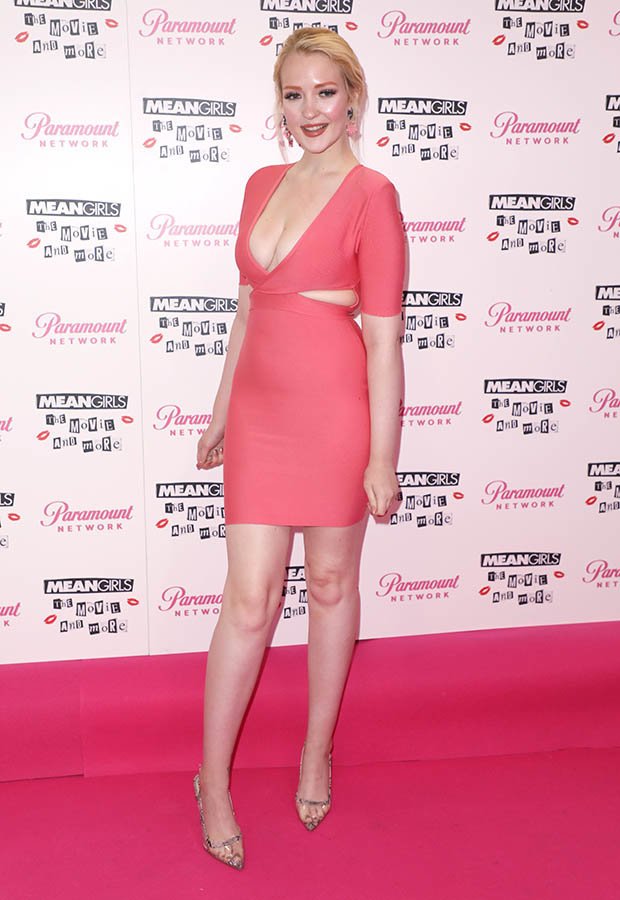 The beauty pinned her hair back and opted for an uber-girly display in floods of pink.

Matching her earrings to her dress and adding a hint of blush, the model wowed as she stormed the event.

Flaunting her goodies, she flashed her compact mirror with the words “That’s so fetch!” branded across the front. 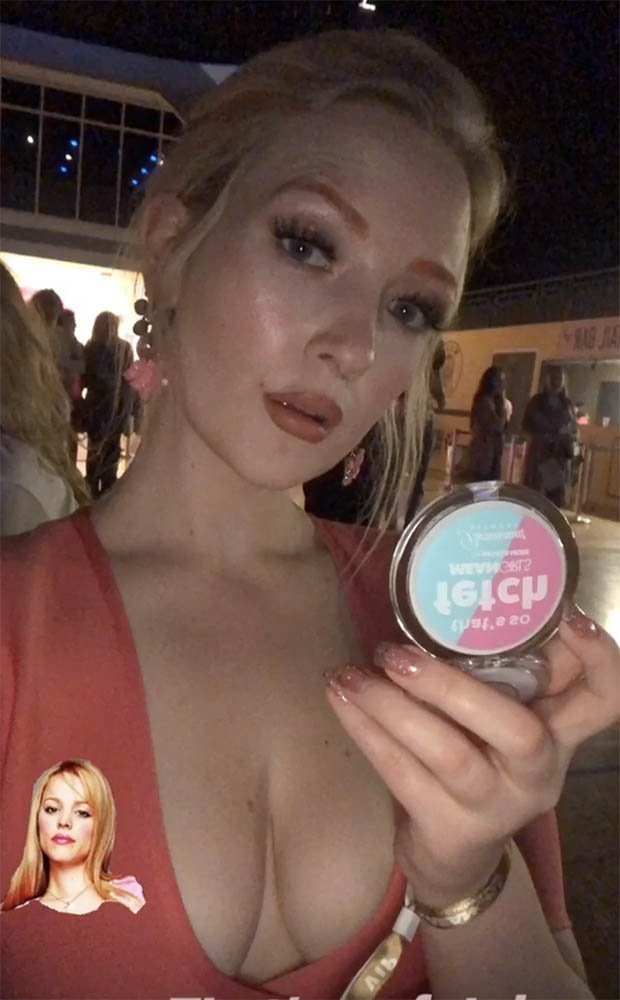 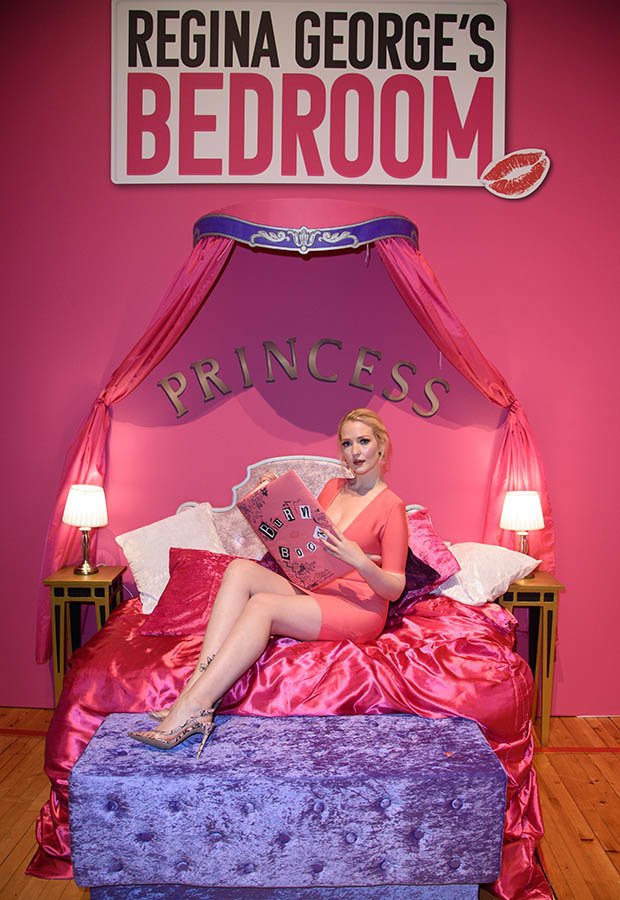 The event is in honour of the 15th anniversary of Mean Girls, which saw some of our favourite one-liners hit the big screens.

Despite being made more than a decade ago, the film has remained a classic and its iconic quotes are still a major part of pop culture.