Tinder trouble! Emily Hampshire reflected on her most disastrous online dating mishap that resulted in a ruined shirt and lots of tears.

Stars Who Have Tried Online Dating!

The Schitt’s Creek alum, 39, revealed that she picked her first Tinder suitor because he didn’t have a photo with a tiger in it, detailing what went wrong in the latest Us Weekly’s “Worst Dating Story” episode.

“I was freshly divorced and probably not ready to put myself out there. Tinder had just come out, so I started swiping,” Hampshire recalled. “I see this guy sans tiger. And he looks clean and, like, employable and not a serial killer. So, like all the boxes: check, check, check.” 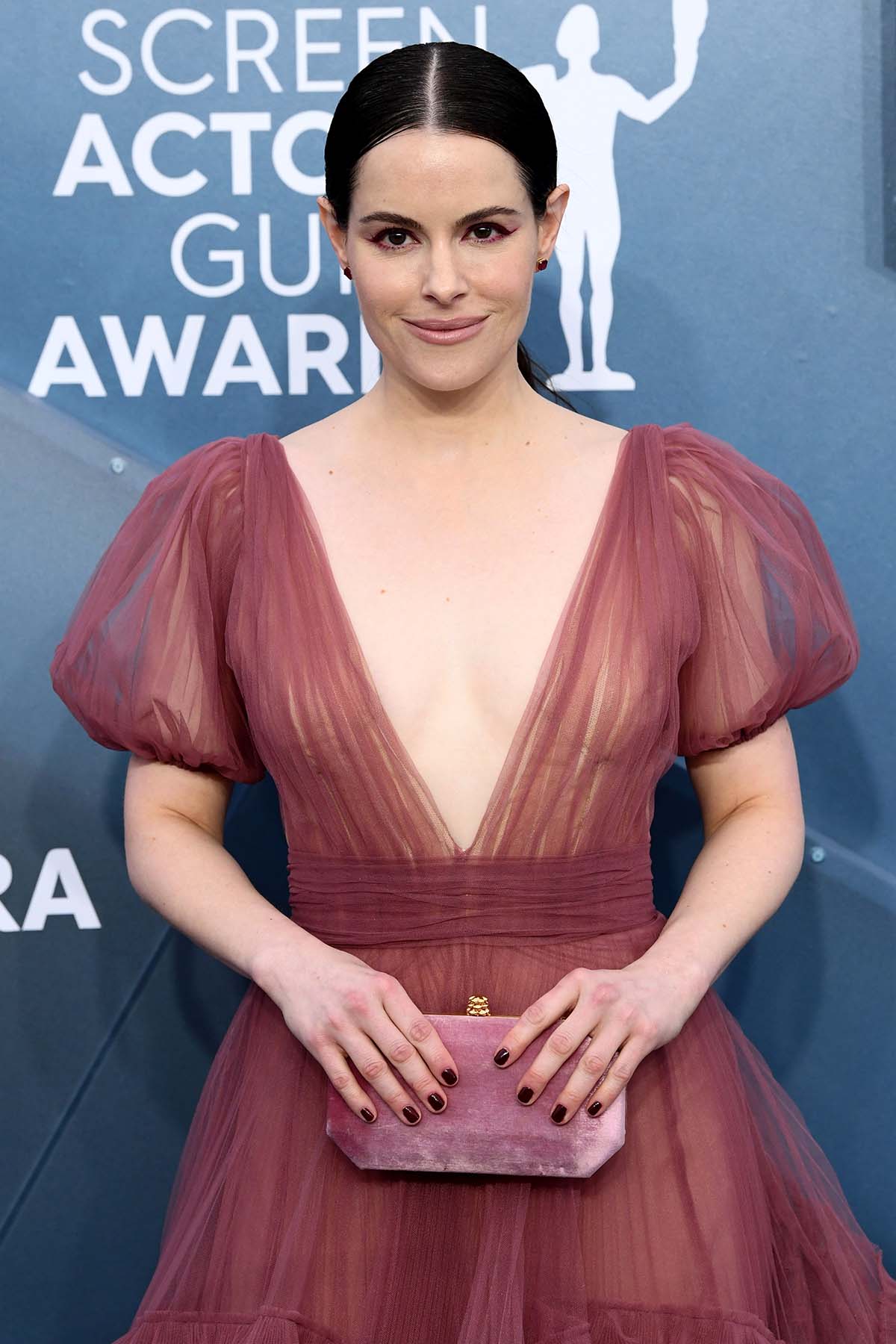 The Chapelwaite actress started texting the man and agreed to meet with him at a bar that they both knew. As soon as she committed to the date, she panicked and didn’t know what to wear.

“I don’t remember the complete ensemble because my memory is trying to block this traumatic night out of my memory, but it involved like skinny spandexy jeans and heels,” she said. “The only thing I hate more than both those things is both of them together.”

When the Mary Hartman, Mary Hartman Remake star arrived at the restaurant, she remembered sitting down “right next to him” even though there were “other options.” Despite Hampshire’s awkward seating choice, the man proceeded to say “something nice about the way I looked, which was very nice and it’s normal of him, and I proceeded to cry,” she revealed.

The Canadian actress added that he was “so nice” and “so patient” with her and tried to console her as she broke down into tears, which was only made worse by the fact that she had a lot of makeup on that evening, which rubbed off on the guy.

“He laughed when snot blew out of my nose and hugged me,” Hampshire continued. “When he hugged me [with] his very clean white shirt, I basically left, like, an imprint of the joker face on his white shirt.”

The Rig star joked, “I don’t know if it’s clear to you, but the worst part of this worst date is me,” before noting that she is now friends with the man who saw her cry on the date.

“To this day, this is years later, we laugh about the snot bubble. My first ever Tinder date, Ari, is still my dear friend,” she said.

Hampshire concluded by saying that although Ari doesn’t remember it as being a bad date, she can’t forget it. “I lost my dignity. I also got a sinus infection from crying that hard,” she told Us. “But I got a friend. I got a really great thing.”

Watch Hampshire detail her worst date in the exclusive Us Weekly video above.

With reporting by Mandie DeCamp