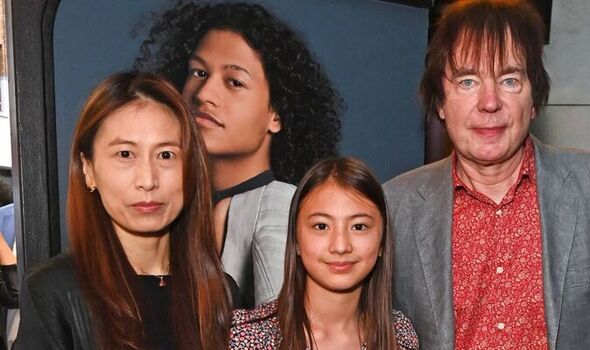 Lord Lloyd Webber’s brother Julian reveals how he recently invited his 73-year-old sibling to watch his daughter Jasmine perform in a school production of Matilda – and the musical maestro was blown away by how talented she was and sees a future for her on theWest End stage.

“He watched the whole performance and he simply said at the end ‘She’s got it!’,” confessed Julian, 71.

“However I thought it would be best if I went to see the first show. I mean it’s a class of 10-year-old girls and I thought ‘I won’t ask him until I’ve seen it myself’.

“She was playing Miss Trunchbull and it’s a tough part. I know if it’s your own daughter you are likely to be prejudiced but watching her I thought she has definitely got something. She dominated the stage and frightened everyone to death!

“So I called Andrew up and I said ‘Look, you have to accept that 10-year-olds are in this but I’d like you to see Jasmine in Matilda’ and he thought she was absolutely brilliant.”

He added wryly: “Jasmine is really into musical theatre I have no idea where that has come from.”

Julian, who also has a grown-up son, David, admitted it has been very fulfilling to have become a father in his 60s with fellow musician and cello player Jiaxin Cheng, with whom he will be taking Bach’s Cello suites “Bach Revealed – by Julian and Jiaxin Lloyd Webber” to music festivals across the country next summer.

“It has been very enriching to have children again later in life,” he said.

Julian, who started playing the cello at the age of four and won a full scholarship to the Royal College at the age of 16, was forced to retire from music in 2014 because of a herniated disc in his neck which left him unable to hold and play his cello.

“I had to stop. It was very traumatic,”

he said. “I then became Principal at the Royal Birmingham Conservatoire which meant working with youngsters, so that provided some solace.”

But he said introducing youngsters to music has not been plain sailing.

But he is disillusioned about how it turned out. One of the main challenges is ensuring the level of music education provision is consistent between schools and across regions.

“I do feel very strongly about music being available to all young children, and it is so patchy in schools,” he said.

“I am convinced we are losing talent and there should be a certain amount of music each week in the curriculum.”

Julian also teamed up with Classic FM to create the 30 under 30 Rising Stars project. Six candidates were then invited by Sky Arts, Classic FM and Julian to appear on the Sky Arts special Rising Stars, which aired last week.

Today Julian joins Michael Portillo on GB News for a relaxed look at the world of arts culture and politics.

And Leyton Orient fan Julian is looking forward to the World Cup which starts in Qatar today, despite controversy over the Gulf state’s human rights record. Julian said: “I’m not really a political person, but I wish it wasn’t there.”