Sean Bean, 63, has appeared in several love scenes throughout his 40-year acting career, but he has now claimed that he finds professionals brought in to help during these scenes an unwelcome addition. The Hollywood actor has come under heavy scrutiny from fellow actors and fans alike for his “disappointing” views.

I should imagine it slows down the thrust.

Sean, who has been credited for his work on Sharpe, Troy and Game of Thrones, was asked about intimacy coordinators, who choreograph sex scenes and ensure actors feel comfortable.

They became a standard figure on sets after the rise of the #MeToo movement, most notably for the protection of female actors.

When asked about it, Sean replied: “I should imagine it slows down the thrust of it. Ha, not the thrust, that’s the wrong word.

“It would inhibit me more because it’s drawing attention to things. 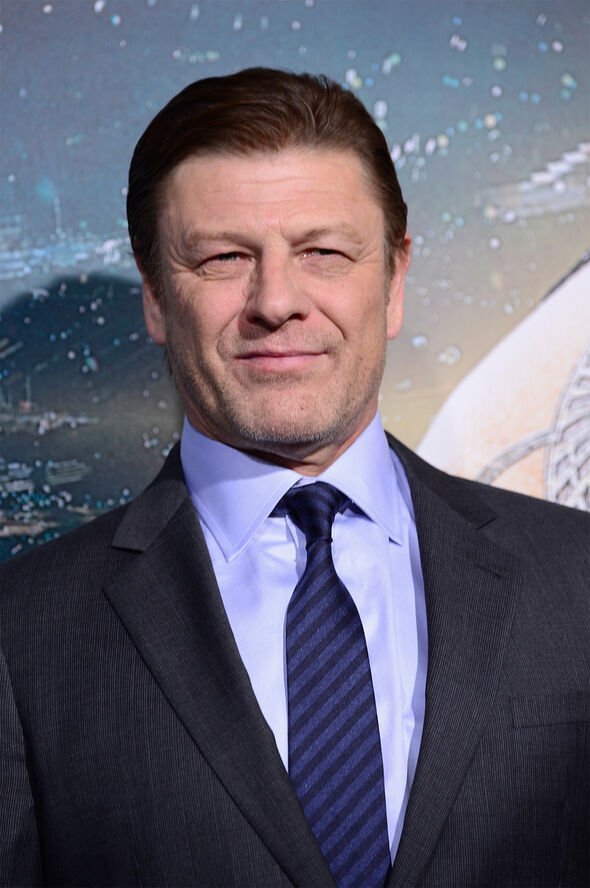 “Somebody saying, ‘Do this, put your hand there, while you touch his thing…’

“I think the natural way lovers behave would be ruined by someone bringing it right down to a technical exercise.”

Speaking about the unaired sex scene with his co-star Lena Hall, in Snowpiercer, he told The Times Magazine: “This one had a musical cabaret background, so she was up for anything.”

This has led many actors in the industry to speak out against Sean, including West Side Story star Rachel Zegler. 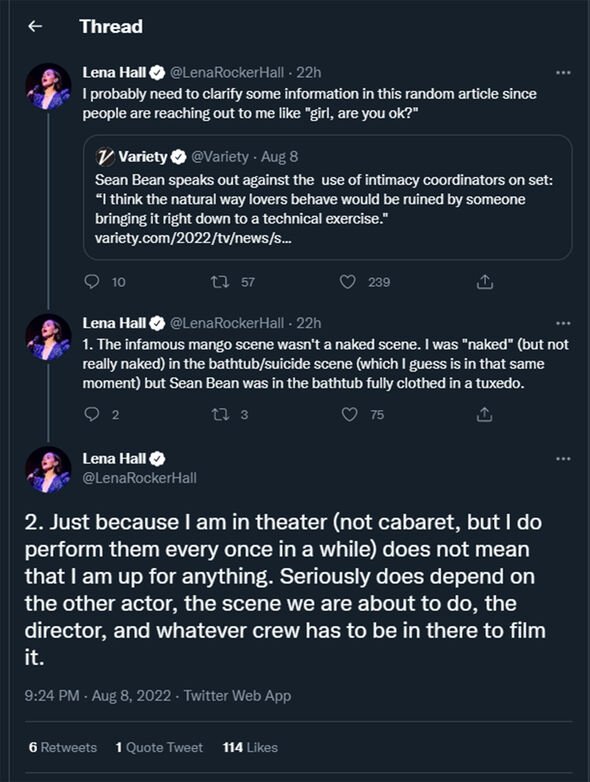 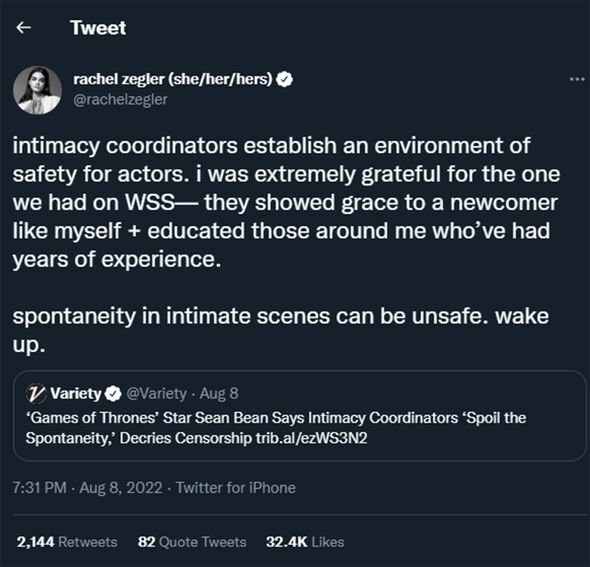 Rachel was 17 when she filmed love scenes with 25-year-old Ansel Elgort in West Side Story.

She wrote on Twitter: “Intimacy coordinators establish an environment of safety for actors. i was extremely grateful for the one we had on WSS— they showed grace to a newcomer like myself + educated those around me who’ve had years of experience.

“Spontaneity in intimate scenes can be unsafe. wake up.” (sic)

Lena also took to Twitter to clarify Sean’s comments with several tweets after she was bombarded with comments.

She clarified that the scene in question “wasn’t a naked scene” and that just because she had a stage background “does not mean that I am up for anything”.

Lena continued: “Sean is an awesome actor and made me feel not only comfortable but also like I had a true acting partner in those bizarre scenes.

“It was us against the world and we were gonna tell that story.”

She also shared that felt the intimacy coordinators were a “welcome addition” to the set.

AlexCollinsActs said: “Been a fan of Sean Bean but he’s just plain wrong here. An IC is there to ensure the safety of performers in just the same way a stunt coordinator does.

“Actors may not have the power or confidence to advocate for themselves. ICs should’ve been a thing decades ago.”

“Intimate scenes ABSOLUTELY need to be choreographed and mapped out to the smallest degree and because of that, intimacy coordinators need to be part of EVERY set that has intimate or any sort of intense physical interaction.”