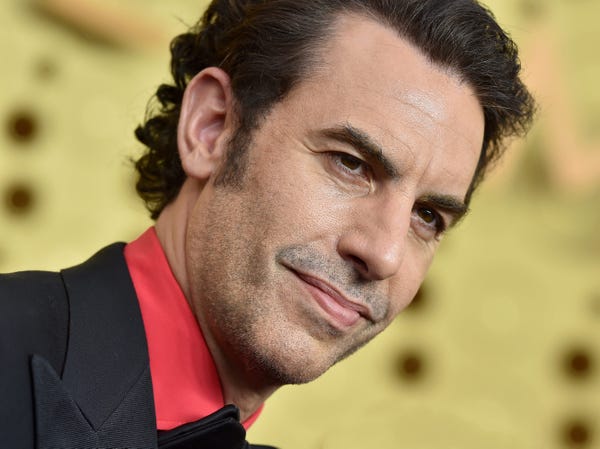 Sacha Baron Cohen is giving back to one of his movie's most popular characters.

The star and producer of the comedy "Borat Subsequent Moviefilm" has donated $100,000 to the Oklahoma City community where Jeanise Jones lives, according to People. Jones is the babysitter that looks after Borat's daughter, Tutar (played by actress Maria Bakalova), in the movie. She has gone on to become a breakout star of the movie due to her heartfelt comments to Tutar, who she thought really was a troubled teen.

Jones, 62, told Insider that she was never told that the movie was a comedy and believed throughout shooting that Borat and Tutar were real people. She was only paid $3,600 to be in the movie.

"I was blown away but not surprised because I was told about what type of heart this man has," Pastor Derrick Scobey told People's Ale Russian about the donation. Since the release of the movie on Amazon Prime Video the pastor has set up a GoFundMe page for Jones, who is currently unemployed.

"Maybe it's a little risqué, some of the things in the movie, but he has a good heart," Scobey said.

"Borat Subsequent Moviefilm" is the sequel to Baron Cohen's 2006 comedy "Borat," a mockumentary in which Baron Cohen plays the title character who is a journalist from Kazakhstan who travels to America to learn its culture. In the sequel he returns to America to offer his daughter to vice president Mike Pence.

Pastor Scobey's GoFundMe campaign for Jones has passed its $100,000 goal in just four days and is nearing $145,000 at the time of writing.