Martin Kemp, 58, took to Twitter to reveal he had voted for his son Roman Kemp, 26, to take on the latest Bushtucker Trial on I’m A Celebrity… Get Me Out Of Here! last night. The former EastEnders actor couldn’t resist the opportunity to get revenge on the radio DJ after he aimed a cheeky jibe at his musical abilities.

During an episode of the ITV reality show, Roman joked to his fellow contestants that Martin “couldn’t even sing or play an instrument” when his band Spandau Ballet was formed.

Roman quipped: “He still can’t. He still hasn’t realised his mic wasn’t on for Live Aid!”

As a result, when I’m A Celebrity hosts Ant McPartlin and Dec Donnelly announced the first eating trial of the series during last night’s episode, Martin declared he had “just voted” for Roman to “eat Kangaroo b******s”.

In view of his 215,000 Twitter followers, the Spandau Ballet performer wrote: “Just voted for my boy to eat Kangaroo B******s… That’ll show him!! @romankemp.” 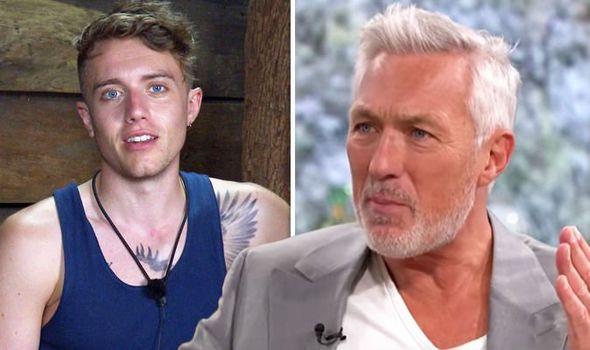 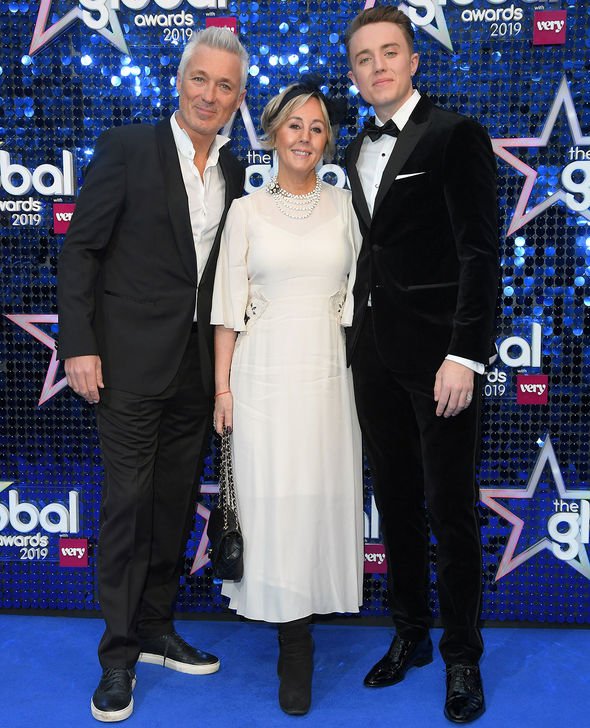 Fans took to the comments section of Martin’s tweet to share their thoughts on his funny move.

Another fan added: “Roman did say his dad can’t sing, hit the spot with that one.” 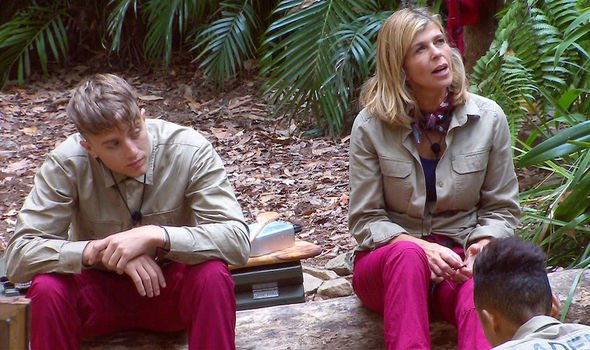 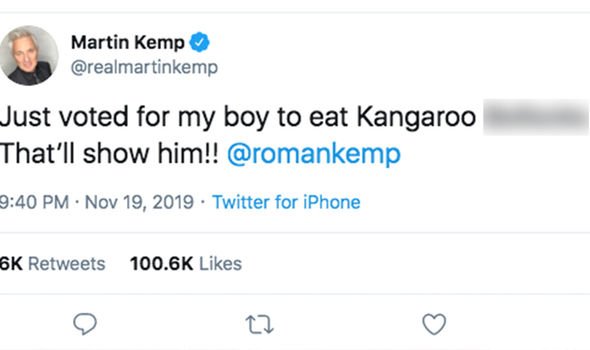 Martin’s hopes to land his son in the trial worked out well as he will be taking on the challenge named Just Desserts with Adele Roberts in tonight’s show.

Roman previously appeared confident about the programme’s famously grotesque eating trials as he admitted he would be willing to eat any animal body part.

He claimed before entering the jungle: “Bugs, bums, willies, balls… I’ll eat them all.”

In spite of Roman’s less flattering comments about Martin’s singing skills, he also praised his dad while opening up about his family to his fellow campmates.

Kate Garraway prompted the conversation when she revealed she used to have Spandau Ballet posters on her wall.

She said: “I really love your dad.  I don’t know if I’ve ever told him.  He was my absolute favourite.”

In response, Roman divulged: “My dad is my best mate. 100 per cent. I speak to him every day.”

The TV and radio personality went on to describe the musician as his “hero” after he suffered a brain tumour.

He explained: “When they went back on tour, post brain tumour and stuff like that, he forgot everything.

“So I had to learn them and then teach him. I learnt all the Spandau songs and then retaught them to him.”

Addressing his dad’s battle with illness, he added: “That thing. All it did was make us like this (close).  Like super close. How can my dad not be my hero through all of that. We’re a proper unit.”

I’m A Celebrity… Get Me Out Of Here! continues tonight at 9pm on ITV.