EXCLUSIVE: The journey to screen of BAFTA-competing UK feature Rocks was not conventional. The film underwent an organic development process over a number of years that saw director Sarah Gavron and her team cast a group of non-actor schoolgirls and then, alongside writers Claire Wilson and Theresa Ikoko, build a screenplay based on their real-life experiences.

After a series of workshops, they settled on the story of a 15-year-old British-Nigerian schoolgirl looking after her younger brother and trying to avoid being taken into care. Bukky Bakray landed a BAFTA nom in the lead, while Kosar Ali also scored in the Best Supporting Actress field.

The movie is up for a total of seven BAFTAs at next month’s ceremony including Best British Film and Best Director for Suffragette and Brick Lane helmer Gavron.

Rocks debuted at Toronto in 2019 and won praise for its authenticity and insight. Altitude released the pic theatrically in the UK in September 2020 – with the movie taking close to $400,000 despite pandemic disruption. It also took home the Best British Independent Film prize at the BIFAs. The film is now available on Netflix in the UK, Australia, Canada, U.S. and Africa.

Click the image below to read the full screenplay. 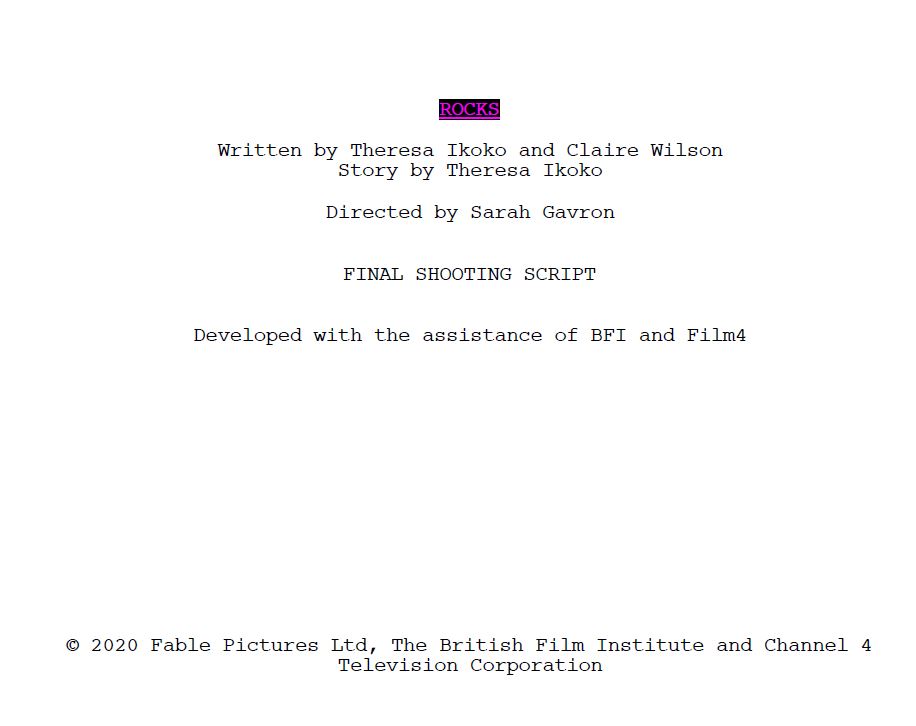 ‘Over The Moon’: Read The Screenplay For The Empowerment Tale That Became The Late Audrey Wells’ Love Letter To Her Daughter

‘Minari’: Read The Screenplay For Lee Isaac Chung’s Film About A Family’s Search For The American Dream

‘The United States Vs. Billie Holiday’: Read The Screenplay By Suzan-Lori Parks About Key Chapter In The Life Of The Jazz Icon