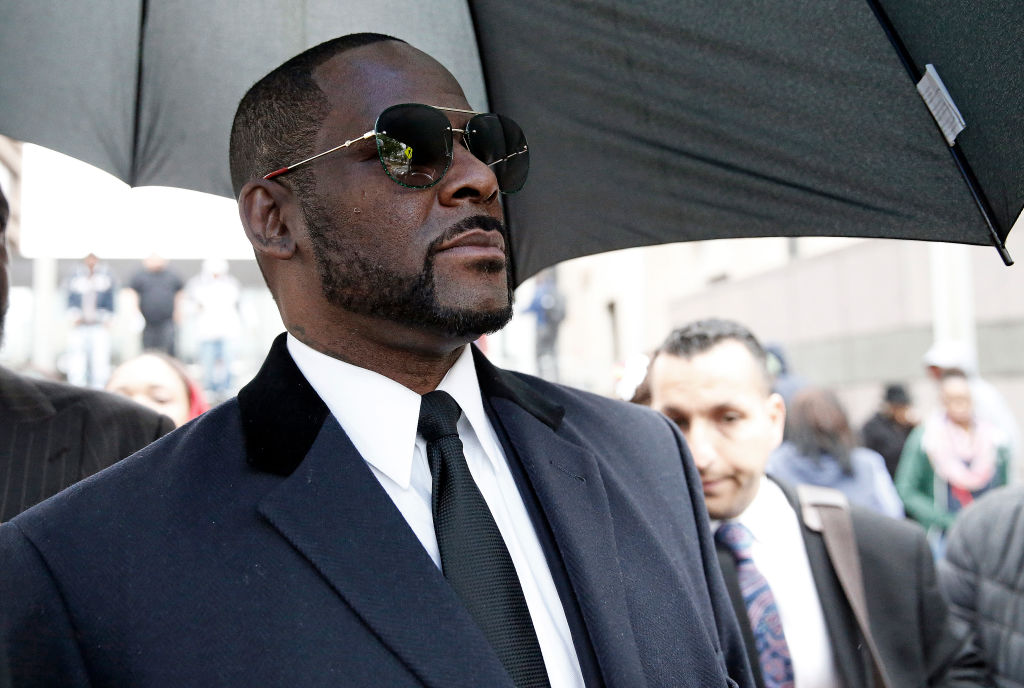 R. Kelly allegedly forced one of his victims to dress like a Girl Scout and wear her hair in pigtails after luring the 16-year-old virgin into a sexual relationship when he was 42, a court has heard.

The 54-year-old’s federal trial for racketeering and sex trafficking charges continued for the second day in Brooklyn, New York, with Kelly denying the charges.

Accuser Jerhonda Pace, now 28, returned to the stand in Brooklyn’s Federal District Court on Thursday to testify about the six months of alleged abuse she suffered at the hands of Kelly.

Pace, named in court as ‘Jane Doe No. 4,’ said Kelly would often film their sexual encounters after the R&B star lured her to his mansion in 2010 when she was underage.

She also claimed had to follow ‘Rob’s rules, alleging that he made her call him ‘daddy’, told her when she could use the bathroom, and – in one particularly violent incident – choked her until she passed out.

To bolster their claims against Kelly, prosecutors showed jurors screenshots from Pace’s phone showing several communications with Kelly in January 2010, including a text from him reading, ‘Please call.’

They also showed the jury a photo of the alleged victim with ‘Rob’ tattooed on her chest in homage to the star, whose real name is Robert Sylvester Kelly.

On cross-examination, one of Kelly’s defense attorneys, Deveraux Cannick, attempted to show that Pace had mixed up dates about when she interacted with Kelly and that she deceived him by at first lying about herself.

‘You were in fact stalking him, right?’ Cannick asked.

To which Pace responded: ‘That is not right’.

The questioning fit a theme that Kelly’s defense lawyers have repeatedly pushed early in the trial.

They allege that Kelly was victimized by groupies who hounded him at shows and afterward, only to turn against him years later when public sentiment shifted against him.

During the trial, prosecutors will attempt to argue that the Grammy-winning singer ran a criminal scheme in which women and underage girls were recruited to engage in sexual activity with him.

Kelly, was first arrested on sex-related charges in 2002 after a video, allegedly showing him having sex with a 14-year-old girl, was sent to the Chicago Sun-Times, but he was acquitted in 2008 after lengthy delays.

The trial is occurring before an anonymous jury of seven men and five women.

Following multiple delays mostly due to the pandemic, the trial continues under coronavirus precautions restricting the press and the public to overflow courtrooms with video feeds.

The musician is currently facing accusations of sexual exploitation of children and has pleaded not guilty to the charges in the states of Illinois, New York, and Minnesota.