Kensington Palace is reopening its doors to the public today after a months-long closure due to the coronavirus pandemic, and it will display a special royal relic to mark the occasion.

Princess Diana’s iconic crushed velvet gown, which she famously wore for a romantic dance with actor John Travolta in 1985, will be on display at Kensington Palace for the first time since the ensemble was acquired by Historic Royal Palaces via an auction last year. The Historic Royal Palaces is a charity, independent from the monarchy, that tends after Kensington Palace, the Tower of London, Hampton Court Palace, and more royal residences. They aim to educate and inform on how the monarchy has shaped society throughout the centuries, according to a press release. 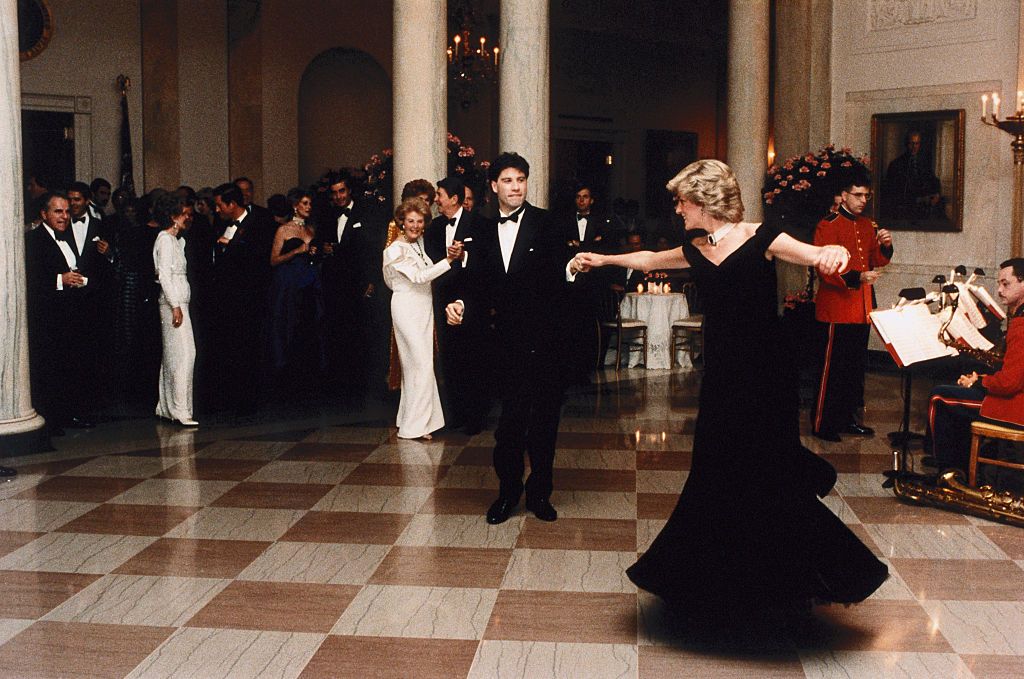 The late princess’s midnight blue gown was designed by Victor Edelstein and quickly made headlines worldwide once photos of the Princess of Wales dancing with the Pulp Fiction actor were released. Since that night in 1985, the frock has been considered as one of Princess Diana’s most memorable style moments.

Kensington Palace is the birthplace of Queen Victoria and has been an official royal residence for over 300 years. Through the years, the palace has been home to Princess Margaret and Princess Diana and is currently now the London home of the Duke and Duchess of Cambridge.