Prince Philip is getting the send-off he always wanted. Rather than a big event, the late Duke of Edinburgh, who died at 99 on April 9, had a small funeral service with only 30 close friends and family members in attendance.

On Saturday, Queen Elizabeth II and other royals arrived to St. George’s Chapel at Windsor Castle in England to pay tribute to the prince.

Prince William and Kate Middleton were one of the first spotted arriving to the service. 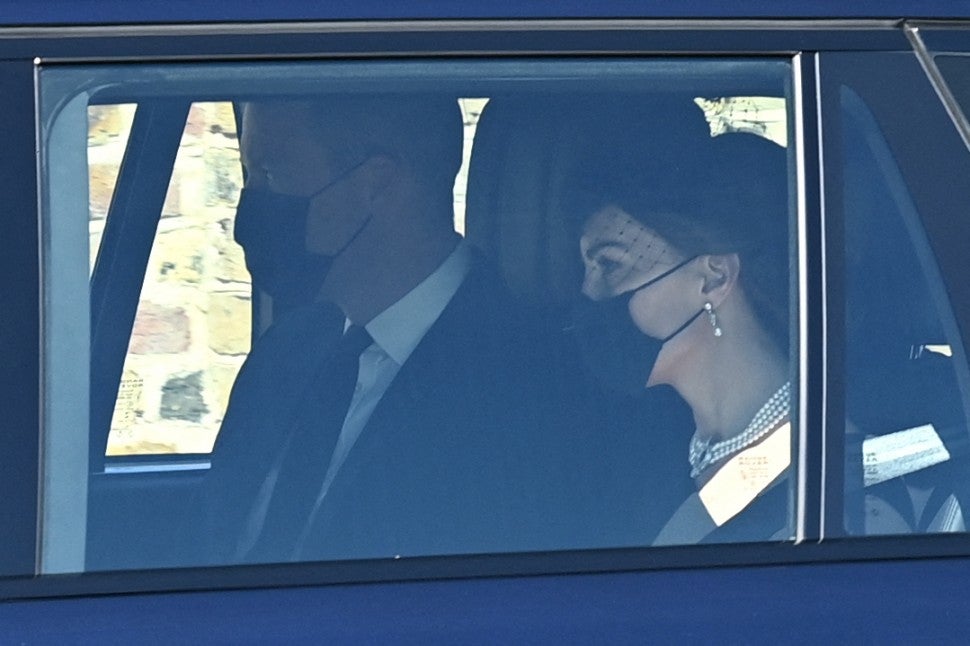 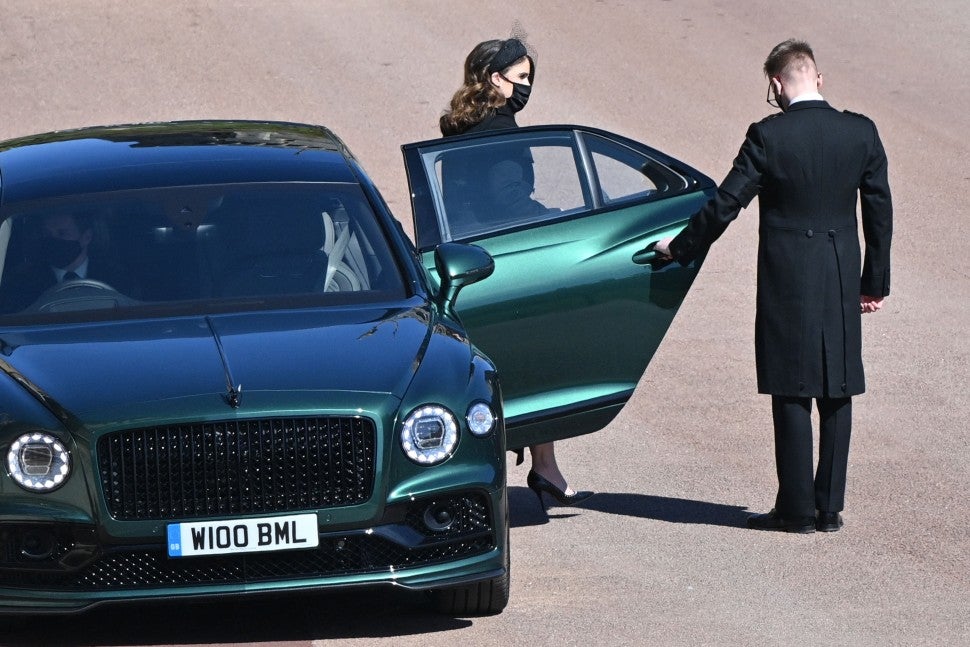 Prince Charles was also seen heading to his father’s funeral with his wife, Camilla, Duchess of Cornwall. 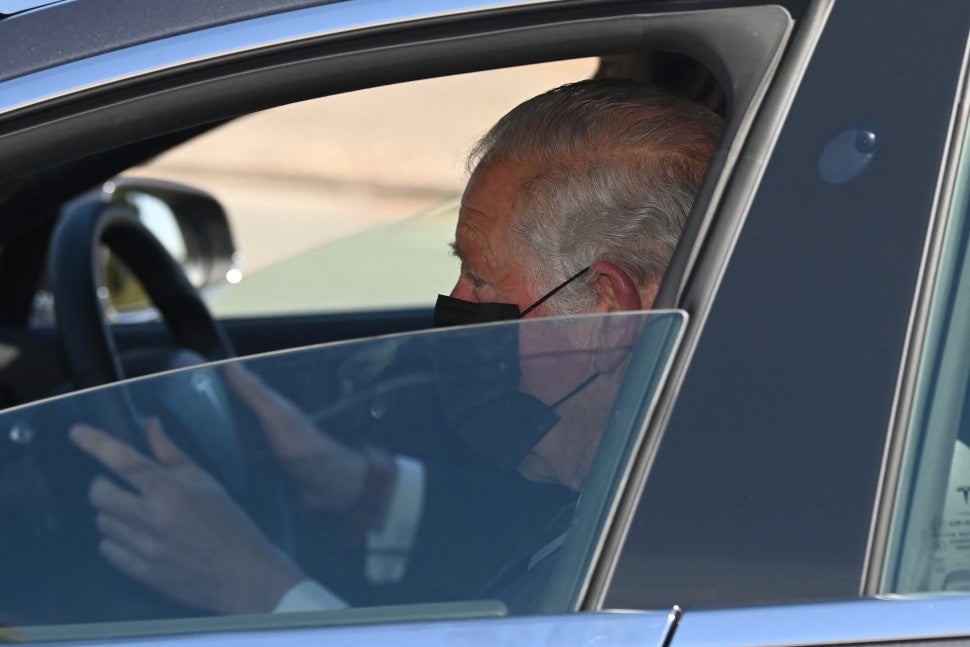 Princess Beatrice was seen exiting her vehicle and heading into the service. 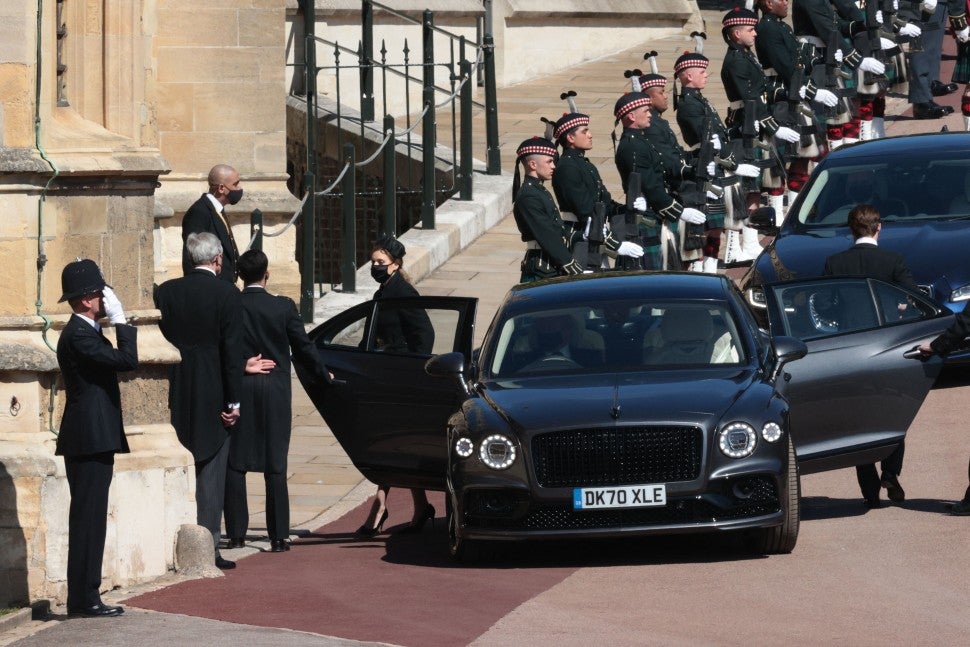 Prince Harry was seen later alongside his brother behind their grandfather’s coffin. 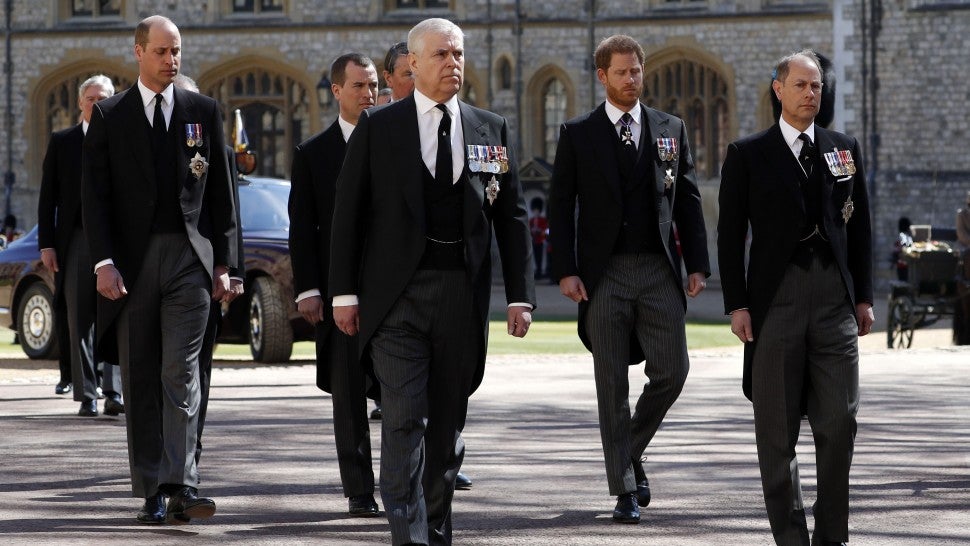 As viewers may notice, members of the British monarchy are not wearing military attire to the funeral. While the palace did not comment on the clothing decision, ITV indicated that it was the queen’s decision, as it would spare the family any “embarrassment” in regard to Prince Harry and Prince Andrew. The Duke of Sussex was stripped of his military titles when he stepped down as a senior member of the royal family, while the Duke of York left his royal post after his controversial connection to disgraced billionaire Jeffrey Epstein.

Omid Scobie, co-author of Finding Freedom: Harry and Meghan and the Making of a Modern Royal Family, tells ET that Prince Philip worked closely with the Lord Chamberlain’s office at Buckingham Palace “to ensure that [his funeral] wasn’t a blown-up affair.”

“That means that it won’t be a state funeral,” Scobie notes. “Instead, it’s a royal ceremonial funeral, which is a much more private affair.”

Prince Philip is survived by Her Highness, whom he was married to for 73 years, their four children, eight grandchildren and 10 great-grandchildren.