Prince Charles penned a sweet tribute to his grandson Prince George as he celebrated his ninth birthday on Friday.

Taking to the official Clarence House social media account, the royal retweeted a stunning photograph of George originally shared by the Duke and Duchess of Cambridge.

WATCH: A new photograph of Prince George has been released to celebrate his ninth birthday

Alongside the joyous photo, Charles included the caption: “Happy 9th Birthday to Prince George!”, followed by a cupcake emoji.

The candid portrait was taken by Kate Middleton during a recent holiday earlier this month. In the photo, Prince George can be seen smiling from ear to ear whilst playing on a sandy beach. The youngster appeared to be in high spirits as his budding photographer mum, Kate, captured the sweet moment. 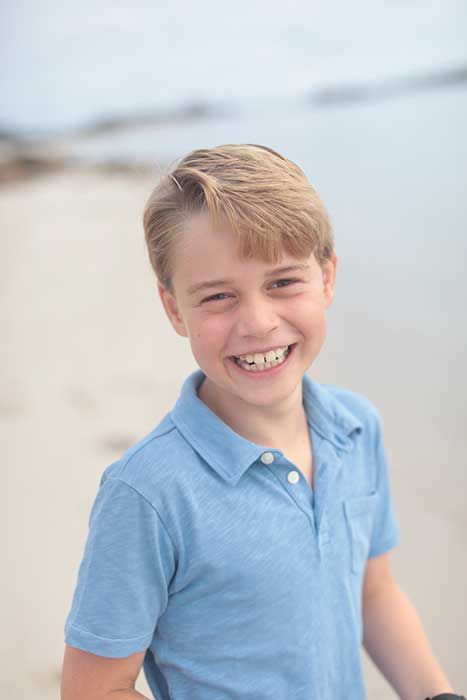 The Duchess of Cambridge released a stunning portrait of Prince George

Royal fans wasted no time in sharing their birthday well wishes, with one writing: “Happy birthday Prince George! Hope you have a great day!”

A second penned: “Such a sweet boy. Happy Birthday to Our Prince George”, while a third remarked: “Wow, he is 9 already. Time is flying.”

Many observant fans couldn’t help but note Prince George’s striking resemblance to his father the Duke of Cambridge. “Happy Birthday, what a lovely smile just like his dad’s!”, wrote one, whilst a second added: “He looks more and more like Prince William! Happy Birthday Prince George – hope you have a fantastic day.” 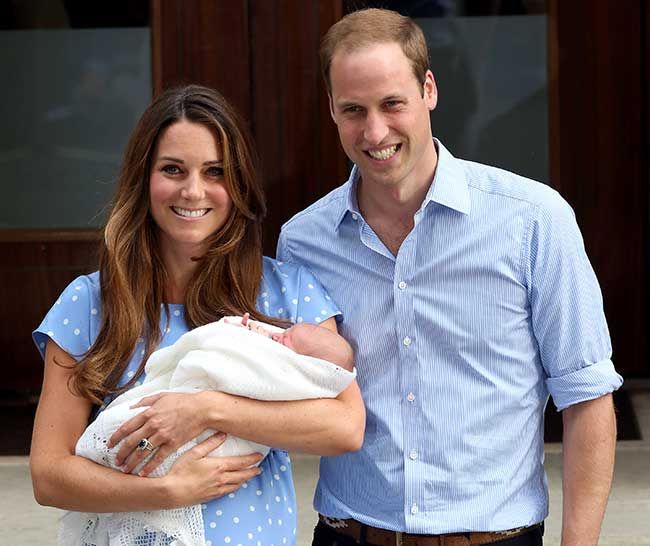 Duchess Kate welcomed George on 22 July at 16.24 in the afternoon

Kate’s stunning snap is the latest in a series of intimate portraits released by the mum-of-three to document her children’s major milestones. Proving she’s just like any other doting mum, Kate moreover dons her apron to bake each of her kids a special cake.

In 2019 she candidly remarked: “I love making the cake. It’s become a bit of a tradition that I stay up ’til midnight with ridiculous amounts of cake mix and icing and I make far too much. But I love it.”

Prince George’’s ninth birthday comes amid growing reports hinting at Prince William and Kate’s imminent relocation to Windsor this summer. It’s thought that the Cambridge family want to be closer to both Her Majesty and Kate’s parents, Carole and Michael, who live in Bucklebury. 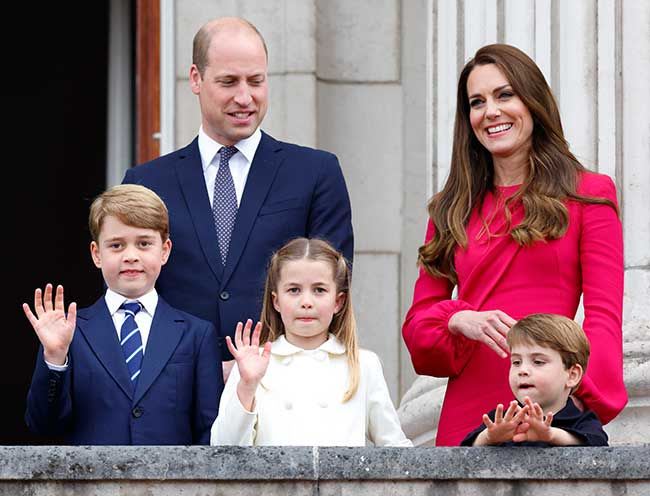 Prince William and Kate are reportedly relocating to Windsor

Prince George has reportedly already enjoyed a trial day at a new Berkshire school. According to The Daily Mail, teachers arranged a trial class for George, and were said to be “amused and relieved” when the pupils didn’t recognise the Prince when he visited for the one-off session.

Make sure you never miss a ROYAL story! Sign up to our newsletter to get all of our celebrity and royal news delivered directly to your inbox.