Piers Morgan, 54, had a few words to say to Angela Rayner, 39, on Twitter regarding her comments about Prime Minister Boris Johnson. The Labour MP slated the Conservative party leader after he dodged speaking to a Good Morning Britain reporter today, and also refused to appear on BBC Radio 2 to be interviewed by Jeremy Vine.

Angela criticised Boris as she replied to Jeremy’s tweet which read: “Boris Johnson has refused to follow the other six leaders who have taken part in the leader interviews @BBCRadio2.

“His staff constantly told my producers — until this morning — that he was ‘very likely’ to come on. Today we were told he couldn’t, and no reason was given.”

Angela responded to the Channel 5 favourite: “I think he’s still stuck in that fridge hiding from GMB scrutiny this morning Jeremy, you cannot trust a single word that comes out of this inept PMs mouth, he falls apart under the slightest hint of accountability. #BorisTheCoward #VoteLabourDecember12th #VoteLabourOnThursday.”

Good Morning Britain presenter Piers waded in, hitting out at the Shadow Secretary of State for Education for appearing on the ITV show when he wasn’t on it. 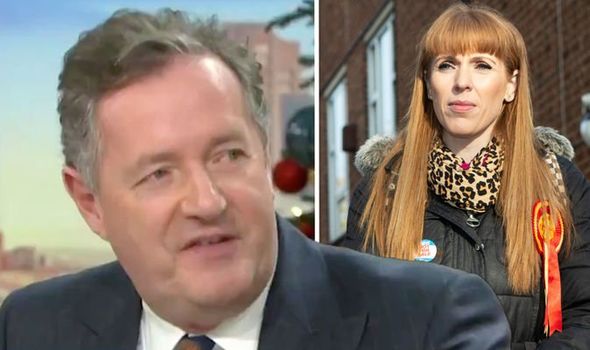 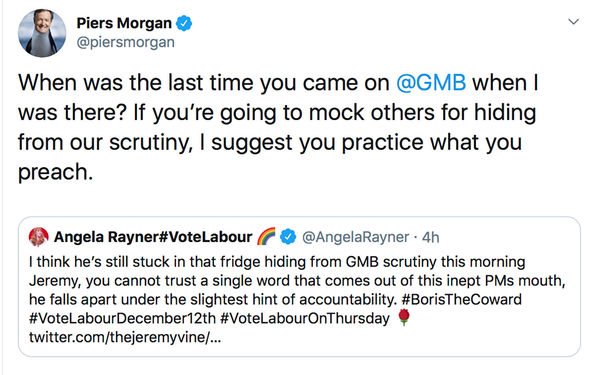 He said back: “When was the last time you came on @GMB when I was there? If you’re going to mock others for hiding from our scrutiny, I suggest you practice what you preach.”

Angela replied: “I’ve been on GMB in this campaign and I’ve been on tons of TV, I’ve never been scared of debating with you.

“You wasn’t on unfortunately. I’d also happily debate with your mates Boris, Trump and Farage as well.” 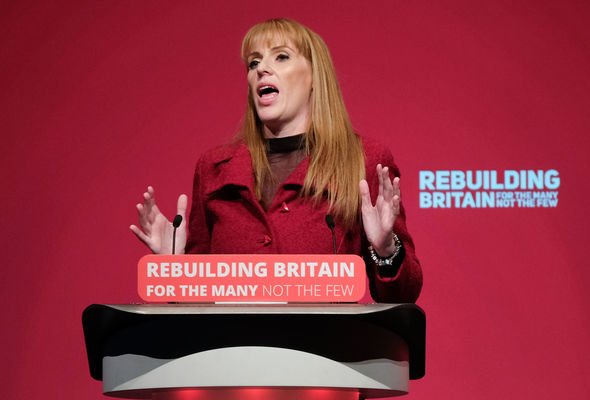 On Good Morning Britain today, journalist Jonathan Swain approached the prime minister, who was in Leeds delivery milk to voters as part of the general election campaign trail.

However, as Jonathan was trying to get a few words from Boris, which was shown live on TV with Piers and Susanna Reid listening in, his aide Robert Oxley was caught swearing.

“Will you deliver on your promise to speak to Piers and Susanna?”

Robert could then be heard exclaiming: “Oh for f**k’s sake.”

Back in the studio, Susanna was seen open-mouthed and putting her hands to her head in shock.

She exclaimed: “The look on his face, that minder!”

When Jonathan went on to press the prime minister to do an interview, stating he was live on the show, he replied saying: “‘I’ll be with you in a second.”

He then walked off, with Piers commenting: “He’s gone into the fired.”

Jeremy Corbyn used what happened to highlight himself on Twitter, writing: “I’ve not come here to hide in a fridge. I’ve come here with a message of hope!”

Piers responded to his tweet: “You’ve hidden from a @GMB interview for 2.5yrs.”

Good Morning Britain airs weekdays on ITV from 6am.