This Morning: AJ Pritchard on his accident with his girlfriend

AJ Pritchard’s girlfriend Abbie Quinnen, 23, suffered third-degree burns after a life hacks stunt went horribly wrong in January. The pair had planned to show fans how to cut a glass bottle in half to be used as a vase. The trick involves dipping a rope in a flammable chemical and setting light to it once it’s wrapped around the bottle.

I do worry about the pressure to keep up with trends and posting interesting content.

While practising, YouTube star Abbie said her hair caught fire and spread to her body “within seconds”.

The dancer was rushed to hospital and left with third-degree burns and needing skin grafts.

Peter’s wife Emily, 31, who is a doctor, has said she is worried about the growing popularity in social media trends.

She wrote in her OK! Magazine column: “What happened to AJ Pritchard’s girlfriend Abbie Quinnen is a reminder to be careful when trying to copy stunts or hacks online.

READ MORE: Jeremy Clarkson hits out with another jibe at Meghan Markle 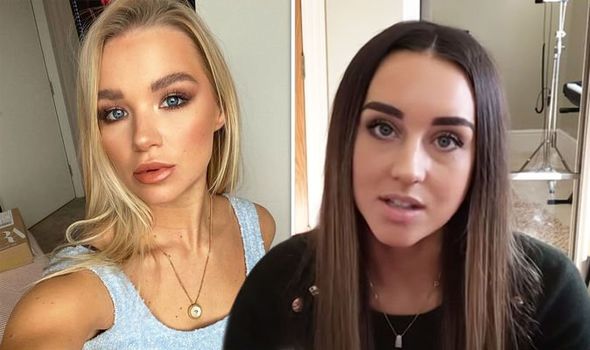 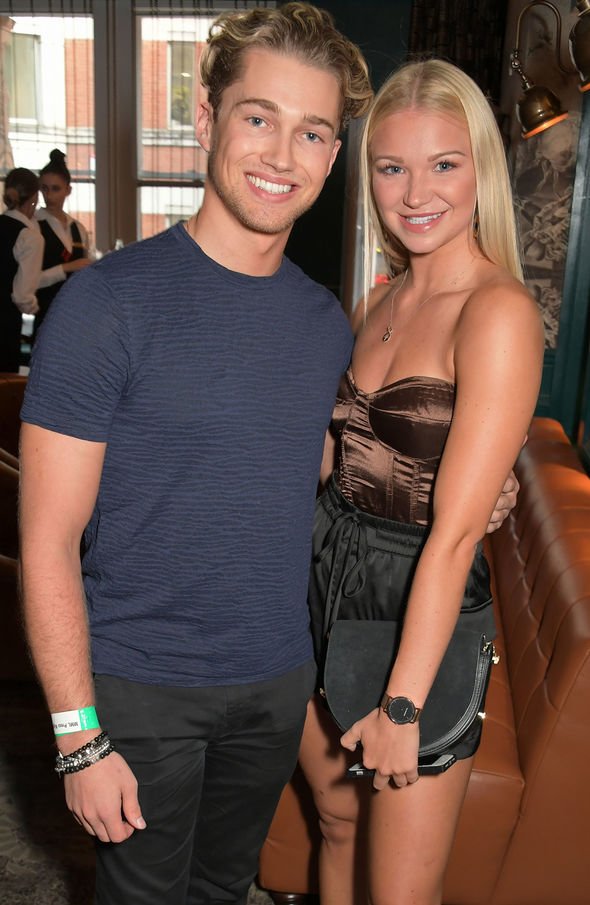 “When it comes to the kids I do worry about the pressure to keep up with trends and posting interesting content.

“I think Covid has increased these trends even more, as people are stuck at home and trying to find ways to make their social media accounts different.

“It’s a case of ensuring they aren’t obsessed with social media to the point where they’re doing extreme things to make content.”

Emily went on to point out that this was easier said than done when social media “is such a huge part of our lives”. 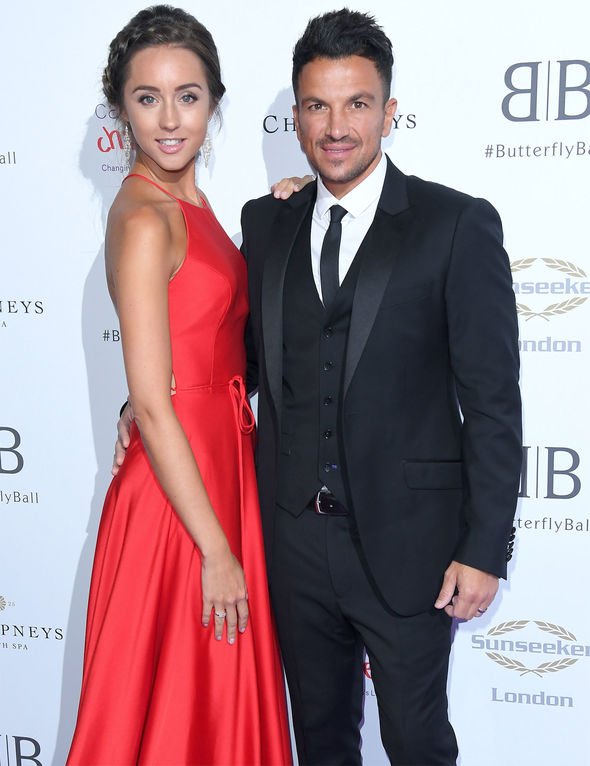 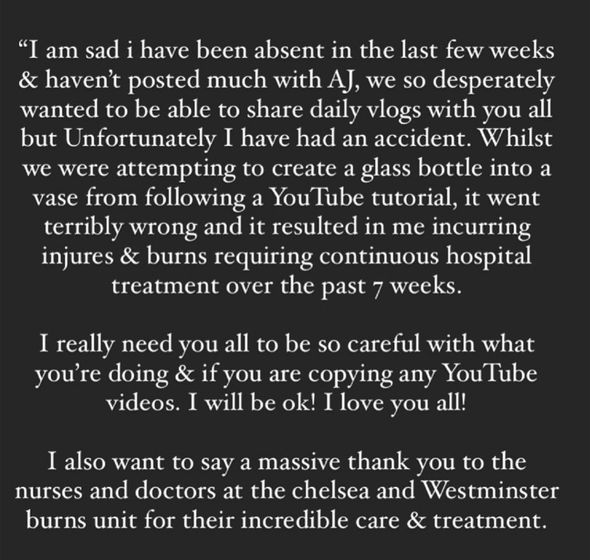 He previously admitted to being worried about his teenage children being on social media.

Peter told the Daily Star Online: “Ideally my kids would listen to everything I say.

“But as parents we have to come to compromises because this is the way of the future. It’s online.”

He added: ”I’ve always kind of been the stricter parent. The only reason that is, is because my dad and mum were very strict.

“But they were so strict to the point that I couldn’t do anything. I’ve taken the best bits that I realised when I was older.”

Meanwhile, Abbie has also issued a warning to her fans to be careful when copying videos online.

She said as part of a lengthy statement: “It went terribly wrong and resulted in me incurring injuries and burns requiring continuous hospital treatment over the past 7 weeks.

“I really need you all to be so careful with what you’re doing and if you are copying any YouTube videos.

She concluded her post thanking the doctors and nurses who had helped her with her treatment.