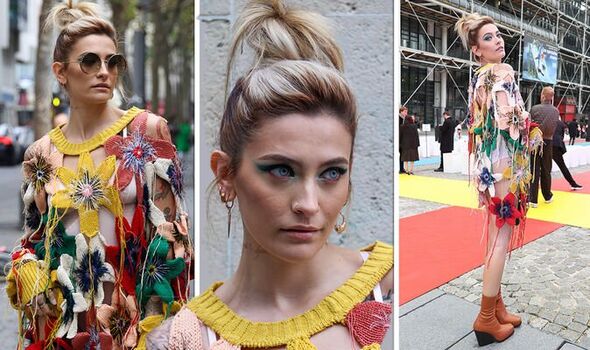 Paris Jackson flashes glimpses of her underwear in barely-there outfit

Showing potentially more skin than other guests at the Stella McCartney Womenswear Spring/Summer 2023 show, Paris Jackson wowed in a gappy, deconstructed jumper dress, which was held together by large stitched flowers. The model had her hair up in a messy bun and made a peace sign as cameras took her photo.

In addition to jesting at the camera, Paris Jackson didn’t do much to cover her behind as her barely there outfit made it easy to see her underwear.

All in the name of fashion, Paris wore a colourful dress made up of woollen stitched flowers. The flowers were connected together by loose threads of material, which looked like they were unravelling.

It was the unfinished look of the outfit which made it all the more appealing. Among the stitched flowers and loose threads were large gaps in which Paris’ body was exposed. Wearing a white corset and white pants, the model protected her modesty.

Sitting front row at the McCartney show, Paris stood out against the other attendees who opted for mainly black coloured outfits. One of those was Bill Gates’ young daughter Phoebe Gates, who posed next to Paris for a photo opportunity. 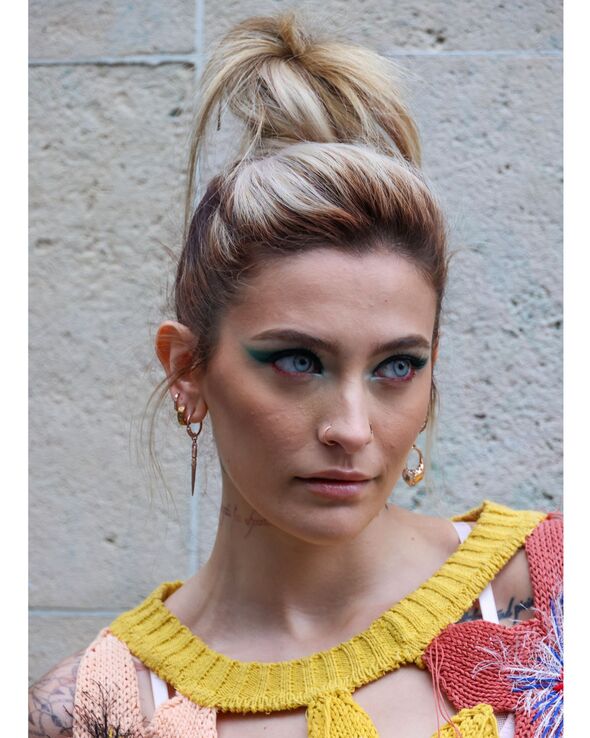 Paris Jackson’s piercing blue eyes were complimented by her makeup

In addition to her colourful outfit, Paris’ makeup team created an electric blue eye, with thick black eyeliner on her face. The flicker of blue eyeshadow exaggerated the bright blue colour of Paris’ eyes when she posed for photographs. 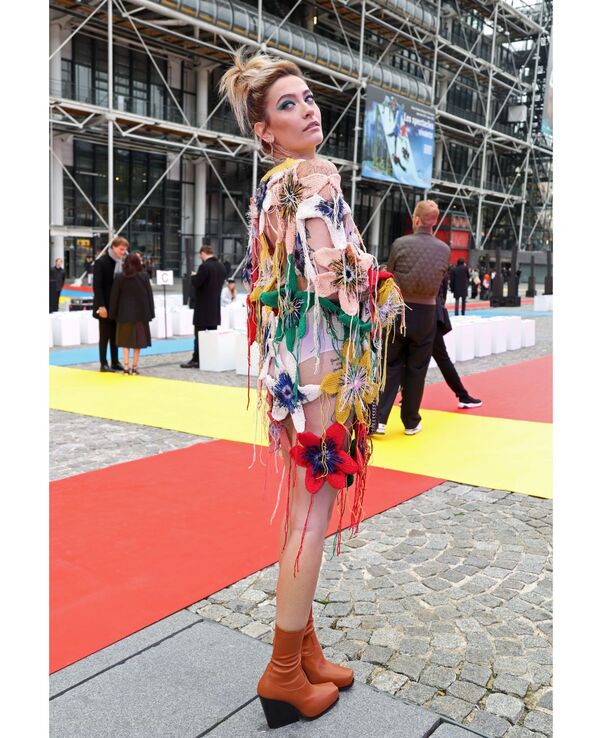 Due to the nature of her outfit, Paris couldn’t help but reveal glimpses of her backside to the crowds as she walked into the runway show. Her bottom was covered mostly by a white bodysuit, which also covered her impeccable figure. 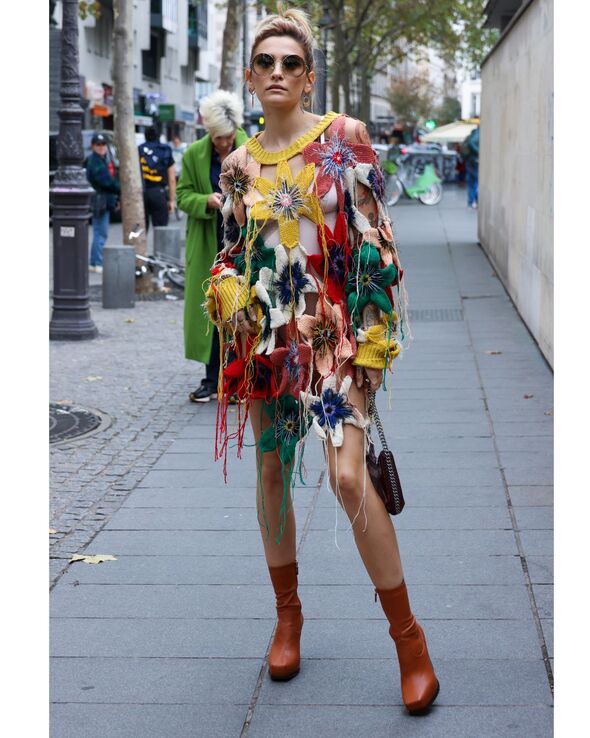 Paris Jackson proved she is model material in large sunglasses

Wearing large, round sunglasses for some of the photographs, Paris proved that she is a natural model. The incredible photographs not only showed off her outfit in all its glory, but her tanned coloured boots which were paired with the dress. 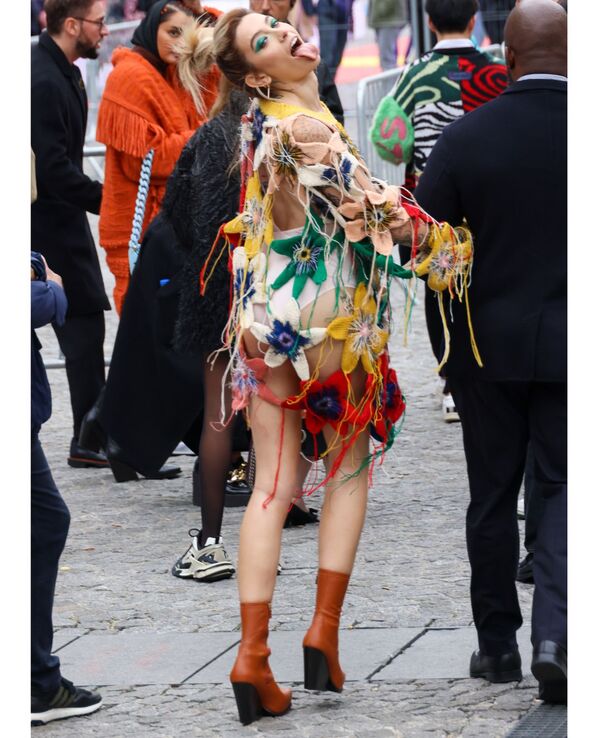 Paris Jackson playfully sticks her tongue out at paps

While being bombarded by paparazzi and photographers outside of the McCartney show, Paris playfully stuck her tongue out as she walked, arm in arm with security to the event. Showing her tongue, the photograph also shows another cheeky glimpse of her behind. 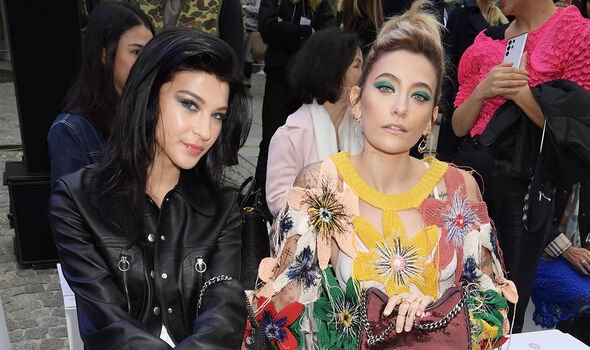 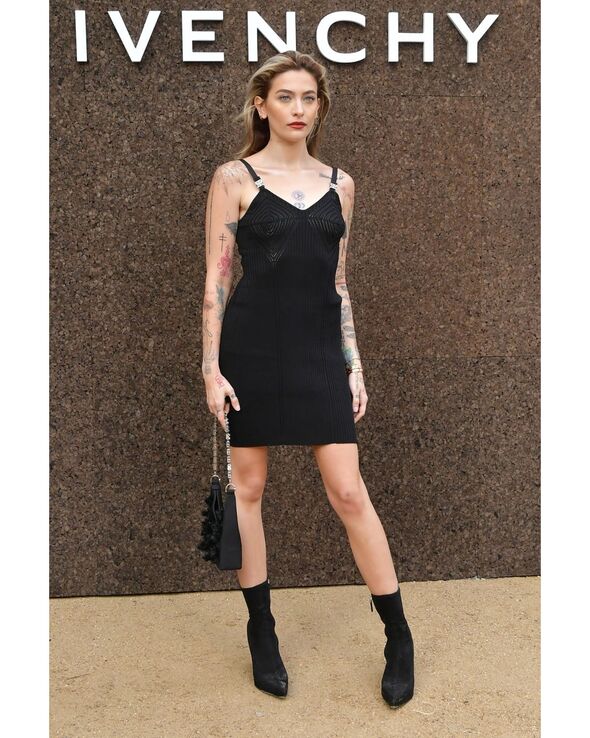 Pictured at multiple events during Paris Fashion Week, Paris has been rocking numerous looks. At the Givenchy Womenswear Spring/Summer 2023 the star wore a simple crochet little black dress which was matched with a striking red lip.