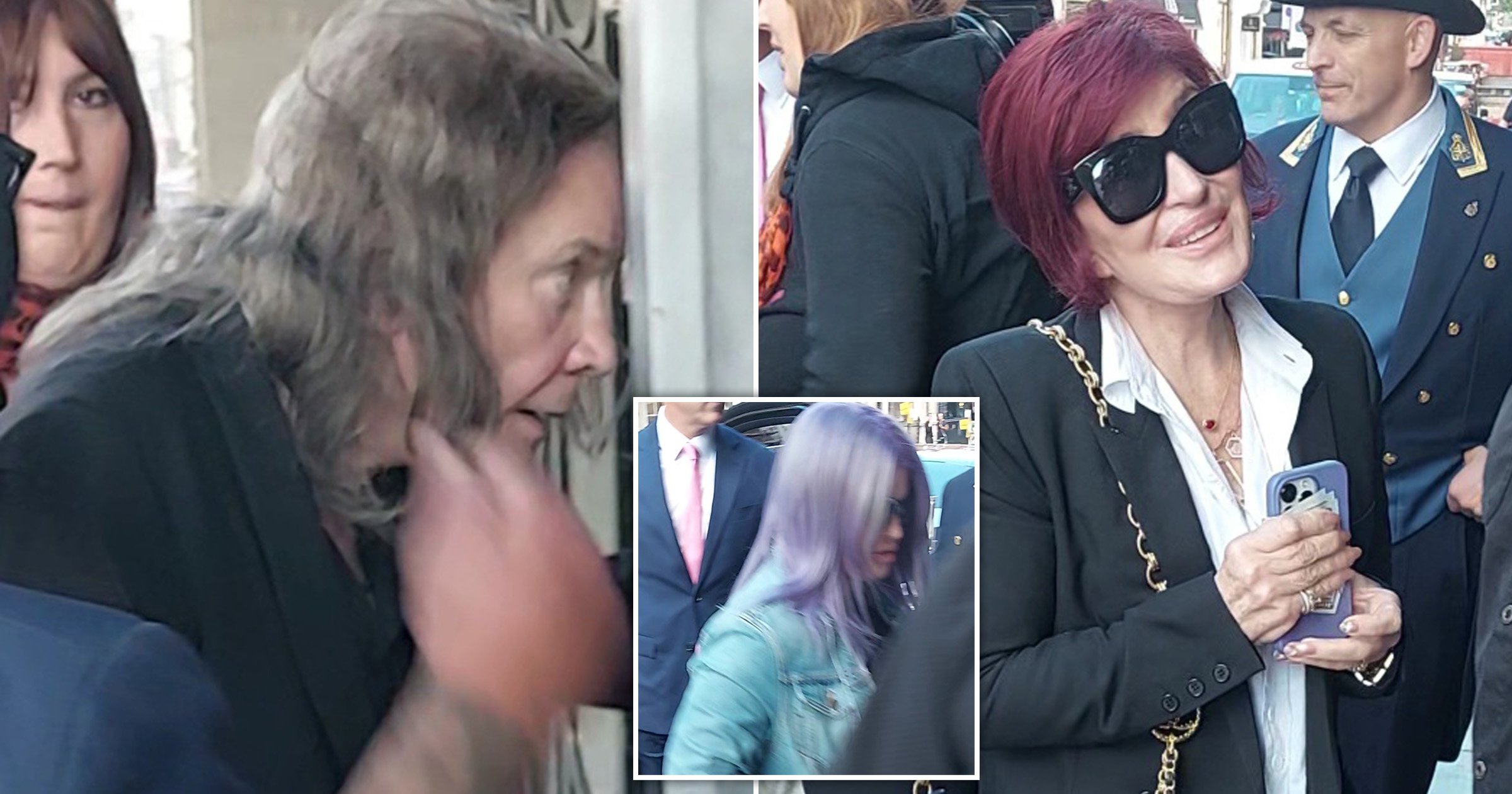 Ozzy Osbourne made a rare appearance with wife Sharon as they hit the streets of London, after a series of health issues.

The Black Sabbath frontman has kept a low profile recently after undergoing an operation in June that would ‘determine his life’.

The 73-year-old recently said that it was a ‘slow climb back’ after the surgery.

He was pictured making his way into a hotel in the capital on a getaway with the Talk host and their daughter, Kelly Osbourne, who is expecting her first child with boyfriend Sid Wilson.

The rocker kept his head down as he walked into the venue, with the mom-to-be following suit – noticeable by her incredible lilac locks.

Sharon flashed a smile before joining her family, sporting her trademark red hairdo and giant sunglasses for the day.

She recently opened up about her partner’s health, explaining in June that he was due to go under the knife.

Speaking on the Talk, she told guest star Vanessa Feltz that she would be by his side in hospital for the operation, which comes after he continued to battle other medical issues.

‘He has a very major operation on Monday and I have to be there,’ she said at the time.

’It’s really going to determine the rest of his life.’

Ozzy was diagnosed with Parkinson’s disease in 2003, but only revealed he had the condition in January, 2020.

He also suffered a fall at home in 2019, which aggravated injuries from a 2003 quad bike accident.

Discussing his health in a candid chat at Comic-Con last month, after being diagnosed with Covid-19, he spoke of getting out of the house and traveling to San Diego for the event.

‘I like to see people,’ he told Entertainment Tonight. ‘That’s been the hardest thing of the past three years, because I’ve been trying to recover from my surgery.

‘I’m getting there. It’s a slow climb back, you know?’

Although he has faced a tough few months, Ozzy couldn’t help but rave about becoming a granddad once again, after news of Kelly’s pregnancy emerged.

He proudly added: ’Kelly is big and she’s beautiful and I love it.’

Kelly shared her baby joy in May, telling fans on Instagram: ‘I know that I have been very quiet these past few months so I thought I would share with you all as to why…

‘I am over the moon to announce that I am going to be a Mumma.

‘To say that I am happy does not quite cut it. I am ecstatic!’