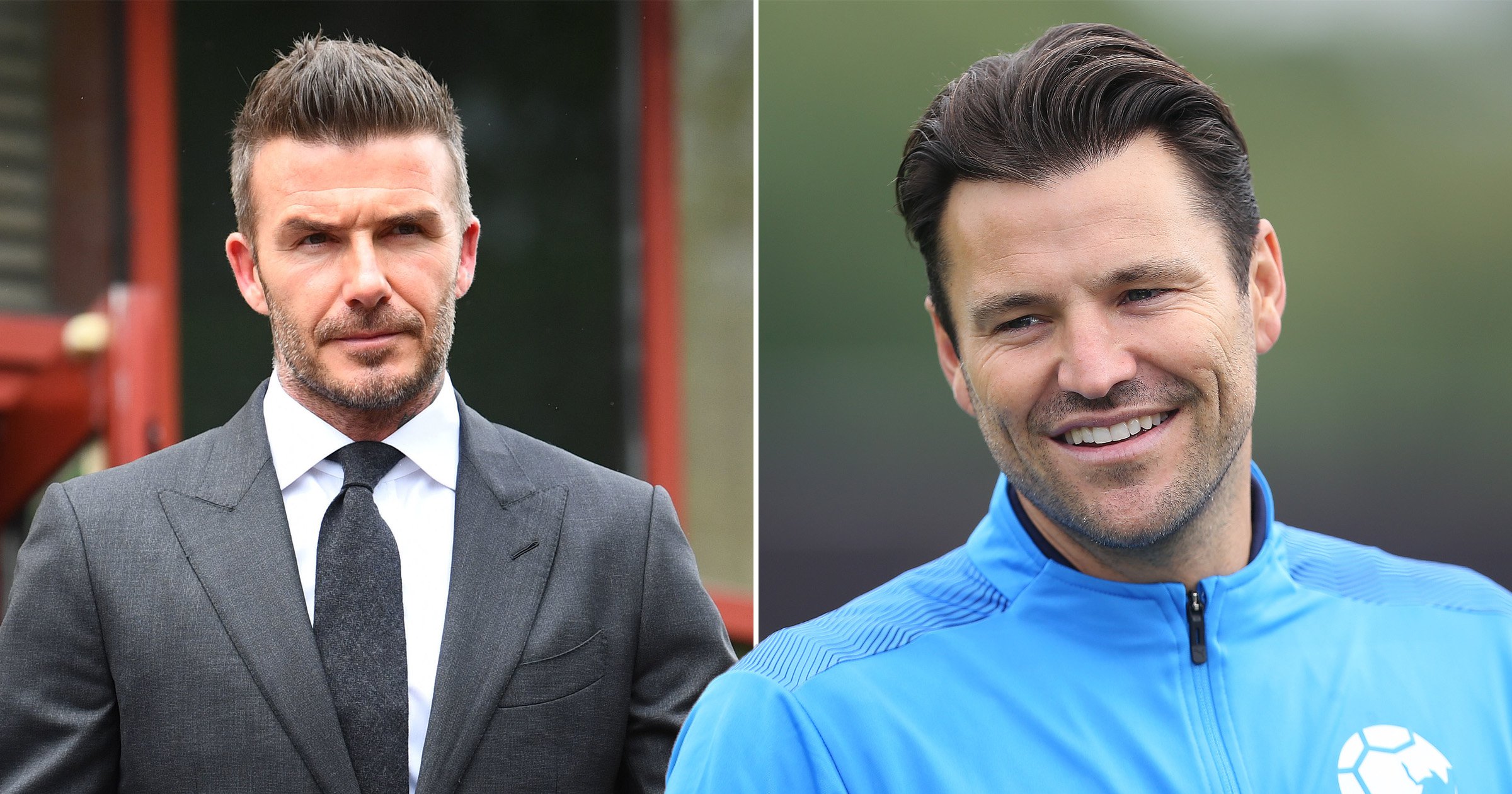 Mark Wright has returned to the football pitch for Soccer Aid 2021, flying the flag for England alongside Olly Murs, Paddy McGuinness and Sir Mo Farah.

The stars will be joined by footballing legends Jamie Redknapp, Wayne Rooney as they take on the World XI squad of Usain Bolt, Martin Compston and Patrice Evra.

They are raising money for Unicef in the annual game, which kicks off on Saturday, at 7.30pm, at Manchester City’s Etihad Stadium.

Mark is no stranger to Soccer Aid, having played in previous years, but when asked if there was anyone he had his heart set on competing against – or with – next time, only one player came to mind.

‘Beckham,’ he simply told Metro.co.uk. ‘Roberto Carlos would have always been [another one], and Ashley Cole, and they’ve both played.

‘Ashley Cole played last year and Roberto Carlos played the year before, so I’ve played with them now.

‘Soccer Aid has given me my dreams all the time.’

Someone get David on the phone, immediately.

The Towie star will be giving the World XI team a run for their money, having recently played for Crawley Town.

And he hopes that the things he picked up with the team will help on the big day, as he lines up with some sporting superstars.

‘I’m hoping it’s prepared me well, I should have a bit of base fitness there,’ he continued. It should lead me in good stead.

‘It’s incredible, it’s a dream come true, people like Rooney and Scholes playing with us this year, it’s a moment you never thought you’d get.

Mark also emphasised the importance of viewers tuning in to the all-important game on Saturday, and putting their hands in their pockets to donate to Unicef.

‘What Unicef are doing is literally saving lives,’ he added.

‘This year, the fact they are going to be supplying vaccines for over 2billion people with the money raised, hopefully, is so important for kids that need the adults and staff around them to keep surviving day by day, and to get through.

‘So we need to get the vaccines to these people ASAP, and Soccer Aid is going to be a massive help towards that.’

Soccer Aid takes place on Saturday, with coverage starting at 6.30pm on ITV.