Mariah Carey is ready for Christmas.

It's no secret that the "We Belong Together" singer, 50, is a fan of the holidays, as the continued success of her 1994 album "Merry Christmas" has dubbed her the Queen of Christmas.

Now, the star is ready for another year of renewed success as the holiday draws closer and Halloween fades into the past.

In the clip, a ghoulishly-dressed friend creeps up to a door covered in Halloween decor.

As the costumed pal opens the door, the beginning notes of Carey's "All I Want for Christmas is You" begins to play.

Behind the door, the diva sits on the floor in front of several decorated Christmas trees while wearing a festive holiday onesie.

Carey glances down at her wristwatch.

"It's time," she says, adding a gleeful cheer.

As the song blasts into full swing, text appears on the screen: "It's time! (But let's get through Thanksgiving first)."

It seems that the star's fans agree wholeheartedly, as they expressed similar excitement in the comments.

"Best time of the year! Listening all the time during Corona [to] your Christmas songs on Spotify because you deserve your royalty’s, [sic] because you are the queen of Christmas!" gushed a fan. 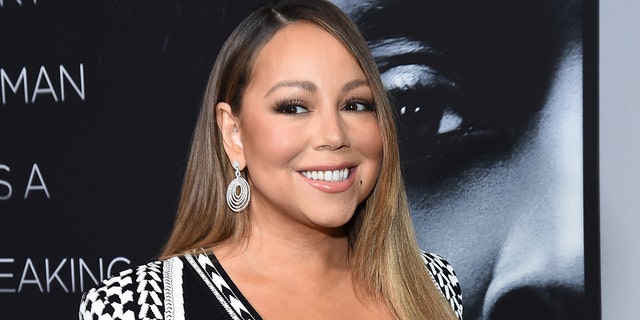 Mariah Carey’s ‘All I Want for Christmas is You’ is among the most successful Christmas songs ever recorded. (Photo by Jamie McCarthy/Getty Images)

"Mariah gearing up for that number one….again lol," said another.

Carey's "All I Want for Christmas is You" has smashed a number of records since its release.

The tune has shattered three Guinness World Records: highest-charting holiday song on the Billboard US Hot 100 by a solo artist, the most streamed track on Spotify in 24 hours (female), and the most weeks in the U.K. singles Top 10 chart for a Christmas song.

As if that weren't enough, after the song hit No. 1 on the charts for the first time since its release last year, Carey made history as the first artist with No. 1 hits in four different decades.

Carey's also earned 19 different No. 1 hits, meaning she has more songs that have taken the honor than any other solo artist. Only The Beatles have more than her with 20 hits.