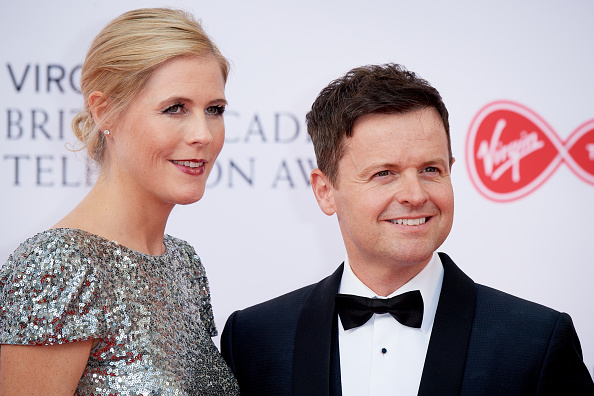 A man has admitted plotting to steal a number of luxury vehicles, including a £70,000 Range Rover belonging to TV presenter Declan Donnelly.

Oliver Hart, 30, appeared at Kingston-upon-Thames Crown Court on Friday where he admitted conspiracy to steal in relation to an alleged car theft operation running between January and July last year.

He also pleaded guilty to conspiracy to burgle in connection with 11 electric bikes from Velospeed, in Thatcham, Berkshire, between June 14 and June 17, 2021.

Hart appeared at the south-west London court alongside several co-defendants, speaking only to confirm his name and enter guilty pleas.

He is one of a number of defendants who have pleaded guilty to charges in relation to the alleged car theft operation.

Other defendants, including Ryan Crafts, 29, from Wokingham, Berkshire, and Charlie Kavanagh, 27, from Ashford, Surrey, have pleaded not guilty.

Those who have pleaded guilty, including Hart, are expected to be sentenced after the trial has concluded, the court heard.

Police were called to Dec’s west London home in the early hours of April 6, 2021.

The I’m A Celebrity … Get Me Out Of Here! presenter, his wife and their three-year-old daughter were reportedly asleep at the time.

No vehicles were taken.

On Thursday, Ant and Dec revealed the ‘worst kept secret in telly’ as they confirmed a new all-star series of I’m A Celebrity… Get Me Out of Here! is filming in South Africa.

The iconic duo revealed the news on Twitter today, writing: ‘South Africaaaaaaa! That’s right, we’re filming a very special version of I’m A Celebrity in South Africa which is coming to your tellies in 2023.’

In the clip, they both begin: ‘We’ve got news,’ with Dec adding: ‘It’s probably the worst kept secret in television, but we can confirm we’re doing a very special series of I’m A Celebrity… Get Me Out of Here! in South Africa!’

They show off the incredible view behind them as they scream South Africa, before Dec adds: ‘We’re here, it’s going to be your favourite celebrities from the last 20 years who are going back in to do it one more time.’

Their announcement comes after much speculation of who is rumoured to be going back into the jungle, despite no names yet being confirmed.

Former contestants said to be in the mix include Gillian McKeith, Paul Burrell, Stacey Solomon and Lady Colin Campbell.

But I’m A Celeb fans, fear not, we don’t have to wait until next year before the series returns to our screens.

As the Britain’s Got Talent hosts also confirmed, I’m A Celeb will be airing this year from Australia, ahead of the all-stars special hitting screens next year.