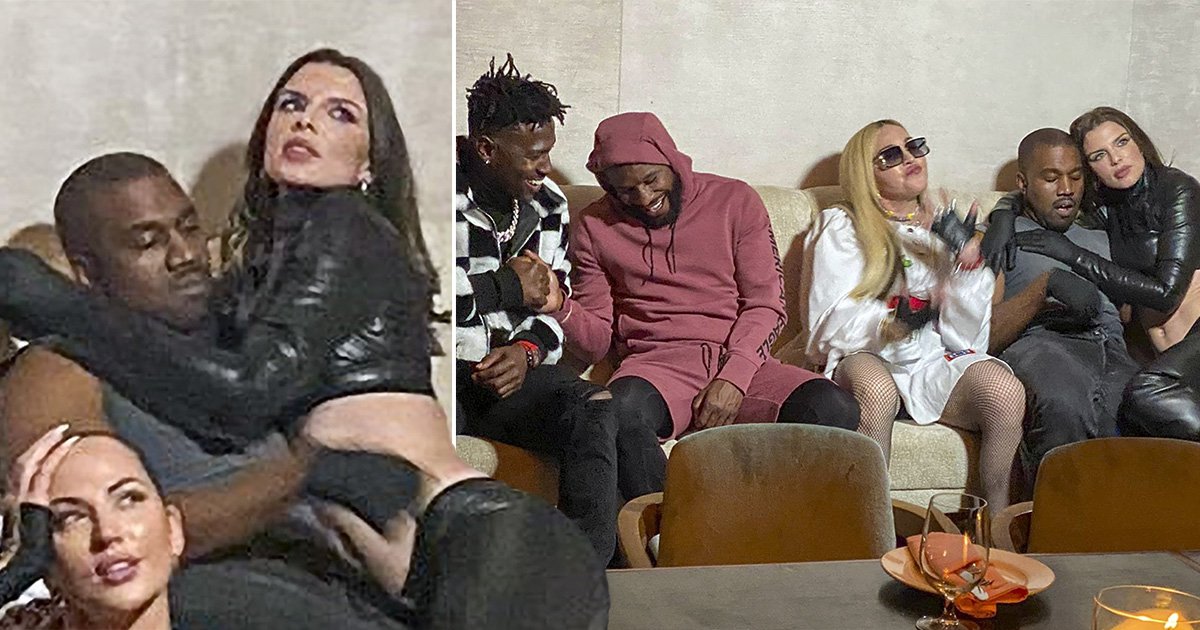 Madonna has appeared to hint that she’s enlisting Julia Fox for her upcoming biopic after the pair hung out at dinner.

The singer, 63, took to Instagram to share a series of photos of the night, where they were also joined by Julia’s boyfriend Kanye West, boxer Floyd Mayweather and American football player Antonio Brown.

Kicking off the gallery of images with a photo of her and Julia sprawled across a couch, Madonna wrote: ‘Went to dinner with Julia to talk about my movie and some other folks showed up…’

The seemingly pretty random group of stars had met up at a private party at Delilah in West Hollywood, and Julia, 31, reposted the snap of her with Madonna, calling her ‘Mother’.

Madonna has been working on a movie about her life throughout the pandemic, previously saying: ‘I want to convey the incredible journey that life has taken me on as an artist, a musician, a dancer [and] a human being, trying to make her way in this world.

‘The focus of this film will always be music. Music has kept me going and art has kept me alive. There are so many untold and inspiring stories and who better to tell it than me.

‘It’s essential to share the roller coaster ride of my life with my voice and vision.’

Kanye, 44, recently confirmed he was dating Julia after the pair met at a New Year’s Eve party in Miami, after previously campaigning to win back ex-wife Kim Kardashian, 41.

The rapper has also been announced as a headliner for Coachella 2022 alongside Harry Styles and Billie Eilish.

Kanye was also named as a suspect in an alleged battery after reportedly getting into an altercation, according to reports from TMZ.

The alleged incident, which is said to have ‘turned physical’ happened near Soho Warehouse in downtown LA.

The insider claimed: ‘We’re told Kanye allegedly pushed someone,’ as the case is reportedly being investigated as misdemeanour battery which carries a maximum sentence of six months behind bars, by the LAPD.

An LAPD spokesperson confirmed the incident to Metro.co.uk and said: ‘This morning, at 3am officers responded to Santa Fe Ave and Bay Street.

‘A Battery Report was completed with Kanye West as a named suspect.  No arrests have been made and the incident is being investigated by our Newton Division.’