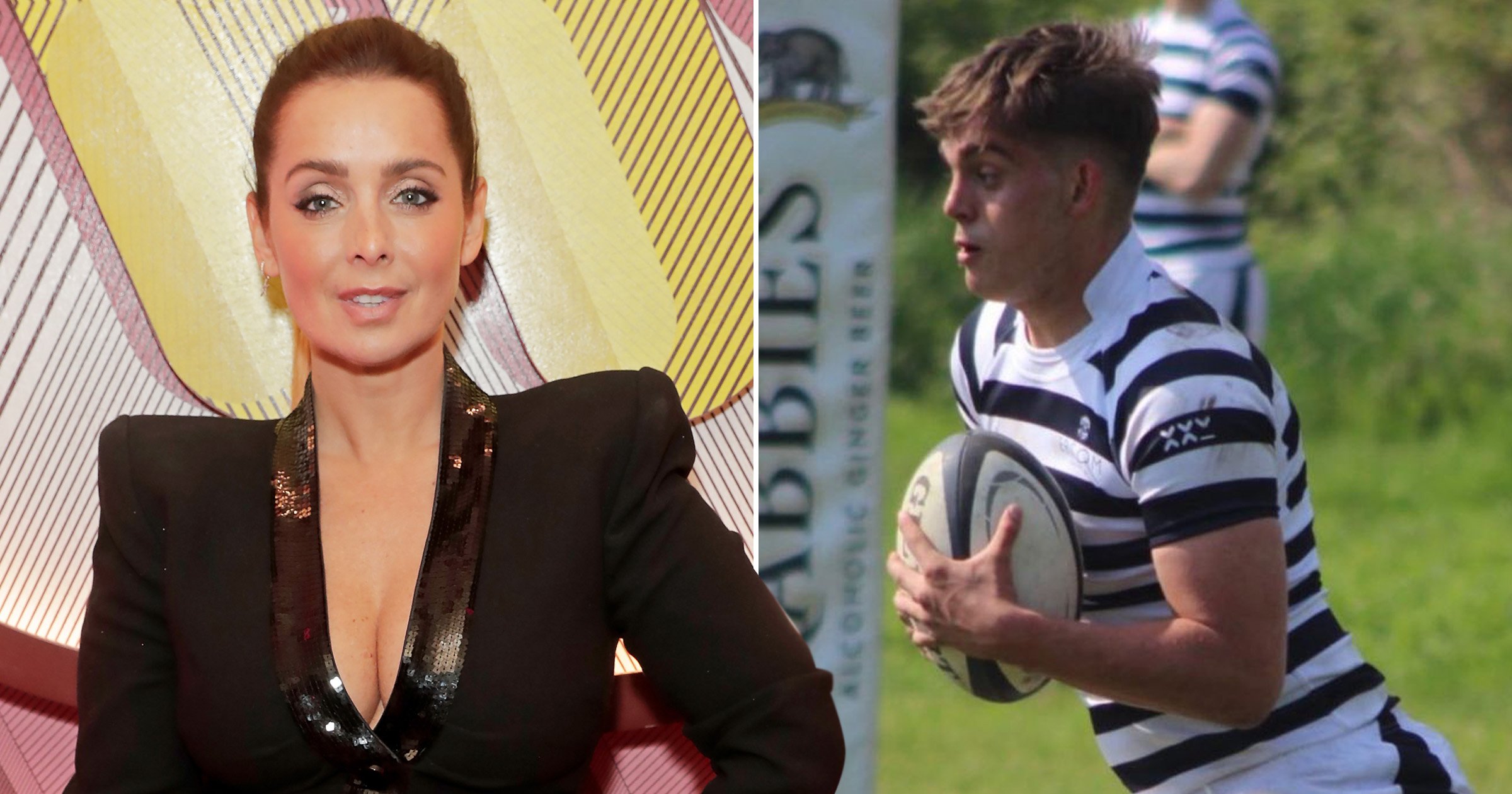 Louise Redknapp shared a sweet supportive message for her eldest son as he played a rugby match, following reports that her ex-husband Jamie Redknapp is expecting a baby with his girlfriend Frida Andersson.

The former Eternal singer cheered on her and Jamie’s son Charley, 16, as he got stuck in at a rugby game on Sunday.

In a photo posted to Louise’s Instagram stories, Charley is seen clutching onto the rugby while making a dash across the pitch.

‘So proud of my boy,’ Louise – who is also mother to son Beau, 12 – wrote alongside a heart emoji.

Charley is an avid rugby player and shared a photo of him and his teammates posing with a trophy in January 2020. He plays on the Epsom College Rugby Football Club team.

It comes as his father, former Liverpool footballer Jamie, is reported to be expecting a baby with girlfriend Frida.

The model is said to be three months pregnant and due to give birth to their first child in November.

A source told The Sun: ‘Jamie and Frida are absolutely delighted. They’ve been virtually inseparable in lockdown, and their relationship has gone from strength to strength.

‘The couple started telling their nearest and dearest last week. Jamie’s been telling pals he’s really excited to be a dad again — less excited about the sleepless nights, and ­nappy-changing.

‘But both he and Frida will be brilliant, hands-on parents.’

Friday, 37, appeared to confirm the news in replies to several comments on her Instagram page.

One follower wrote: ‘Lovely news on your new baby. Congratulations to you both,’ to which Frida responded with prayer hand emoji.

She also left the same comment to another follower who said: ‘Congratulations on your new baby.’

Louise, 46, and Jamie, 47, split in 2017 after 19 years of marriage. The former Strictly Come Dancing star recently opened up about how they’ve co-parented their sons in the years since their split and the criticism she has faced.

In her memoir, You’ve Got This: And Other Things I Wish I Had Known, Louise writes: ‘Sometimes I wonder if this is even possible! It’s hard to be confident about your parenting when we are all subject to online scrutiny.

‘Everyone will always have an opinion. If I post a picture on social media of myself on a night out, I’ll be bombarded with accusatory questions about why I’m not with Charley and Beau instead.’

She continued: ‘When I split up with Jamie, the accusations came in thick and fast. I was so heavily judged, and it amazed me that so many people, including other women, made assumptions about what I was or wasn’t doing when it came to my kids.

‘I noticed real double standards: women are simply expected to be with their kids, whereas if fathers spend any time with their children, then suddenly they are ‘Super Dad’ or Dad of the Year.

‘They are described as “babysitting” rather than simply spending time with their own children. As soon as fathers play an active role, they are seen as heroes. Why is it that men are praised for the very things women do every day?’