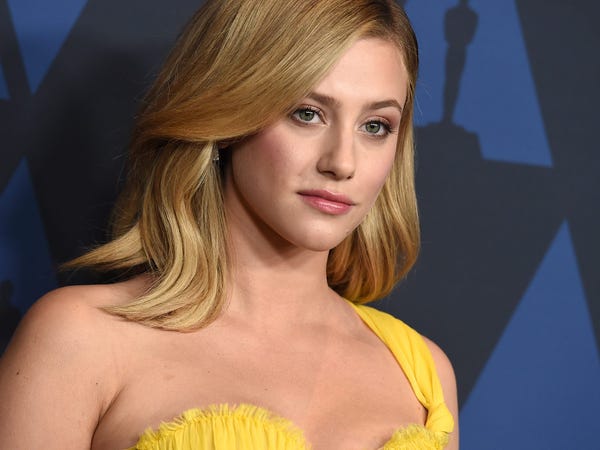 Lili Reinhart opened up about her decision to publicly reveal that she's bisexual and why she was hesitant to do so.

"I didn't want to come out and talk about it because I felt that bisexuality was becoming a trend [among celebrities], but I've supported the LGBTQ community since I was a little tween, and it just felt organic," the 23-year-old "Riverdale" star said in a new interview with Nylon.

Reinhart came out as bisexual in early June by sharing a poster for an "LGBTQ+ for #BlackLivesMatter" protest on her Instagram story, which she said she would be attending.

"Although I've never announced it publicly before, I am a proud bisexual woman," the actress wrote.

Speaking to Nylon, she explained that it felt like the right moment to come out.

"I was like, 'F— it. Now's the time. It's not something I'm ashamed of. Hey, you. I'm going to be at this protest for LGBTQs for BLM. Come join me,'" Reinhart recalled.

Since landing her breakout role as Betty Cooper on The CW's "Riverdale," Reinhart has had an on-again, off-again relationship with on-screen love interest Cole Sprouse. The pair "initially separated in January of this year, deciding to more permanently split in March," according to Sprouse.

Reinhart told Nylon that she'd "been with a girl" when she was 18 years old, but hasn't dated women until "right now."

"This part of my life was never intentionally hidden," Reinhart added. "My friends and family knew. My cast members knew."

She also "vividly" recalled being in the fifth grade and knowing that she wanted to be with women.

Reinhart shared similar comments during a recent interview with Flaunt magazine, saying that she "knew full well that I was attracted to women from a young age."

The "Chemical Hearts" star also explained her reasoning behind coming out.

"I felt that since I've exclusively been in hetero-normative relationships, it would be too easy for any outsider, especially the media, to vilify me and accuse me of faking it to get attention," she said. "That's not something I wanted to deal with.