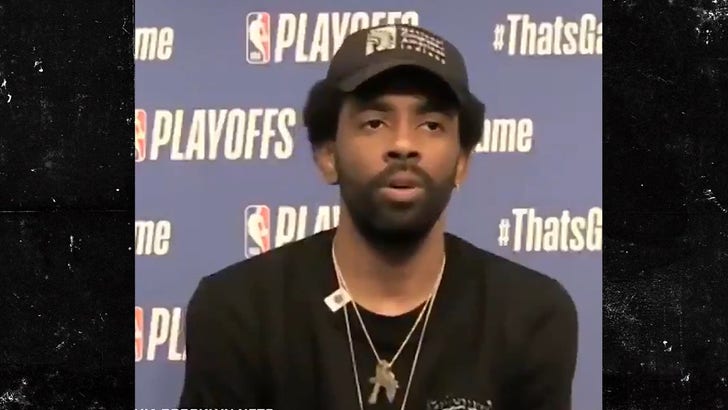 The Brooklyn Nets are heading to Boston to continue the playoff series with the Celtics … and Kyrie Irving REALLY hopes the fans can cheer without being racist.

Yep. You read that correctly.

Of course, Kyrie spent 2 seasons with the Celtics from 2017 to 2019 and is pretty familiar with how the fans roll over there.

So, now that his Brooklyn Nets are heading to TD Garden for Game 3 of their NBA playoff series on Friday, Irving is hoping the fans in Boston — which has a reputation for being one of the more racist cities in America — will find something other than race to fuel their trash talk.

“It’s not my first time being an opponent in Boston so I’m just looking forward to competing with my teammates and hopefully we can just keep it strictly basketball,” Kyrie said.

“There’s no belligerence or any racism going on, subtle racism and people yelling s**t from the crowd. But even if it is, it’s part of the nature of the game and [we’re] just gonna focus on what we can control.”

When asked if he’s heard racist trash-talking in Boston in the past, Kyrie responded — “I’m not the only one that can attest to this but it’s just, you know — it is what it is!”

Several pro athletes have publicly talked about racist treatment from Boston fans in the past … including MLB’s Adam Jones who once claimed a fan yelled the n-word at him during a game in 2017.