Kylie Jenner was spotted boarding her private jet with her adorable three-year-old daughter Stormi as they headed to Palm Springs for an exciting weekend getaway with friends.

Kylie Jenner, 23, and her daughter Stormi, 3, showed off their loving bond on Feb. 5, when they were photographed holding hands while boarding the former’s private jet. The doting mother helped the tot up the steps as she got on the impressive aircraft, which has pink interior, as they got ready to make their way to Palm Springs, CA for a fun weekend getaway. Little Stormi wore a light purple sweatshirt and matching shorts during the outing as well as white socks and sneakers. 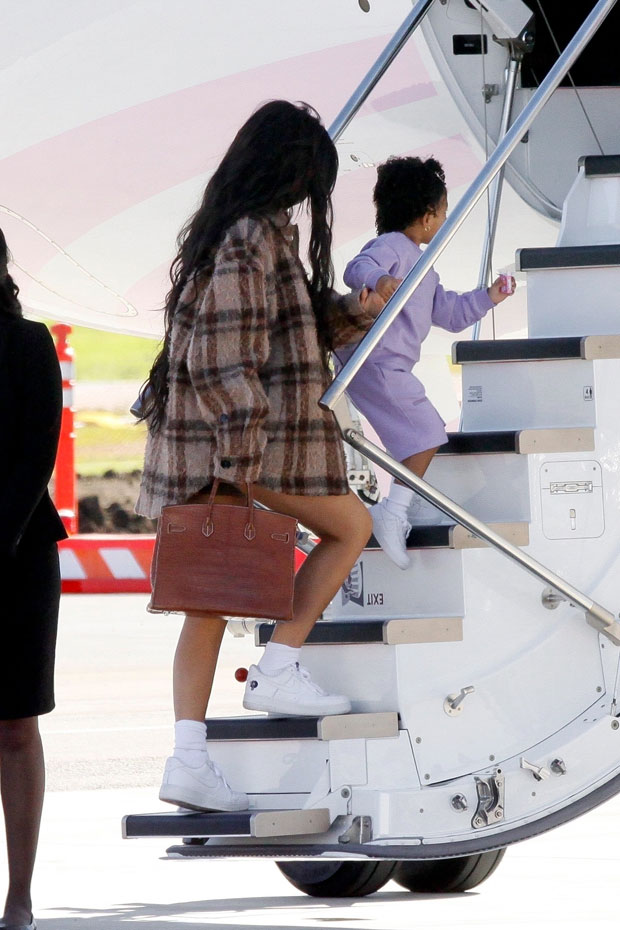 Kylie looked stylish but comfortable in a long-sleeved brown top under a brown plaid coat and matching brown shorts. She also wore white socks and sneakers and had on a black face mask to protect herself and others from the coronavirus. A brown purse was in her hand as she put her fingers through her long dark locks. 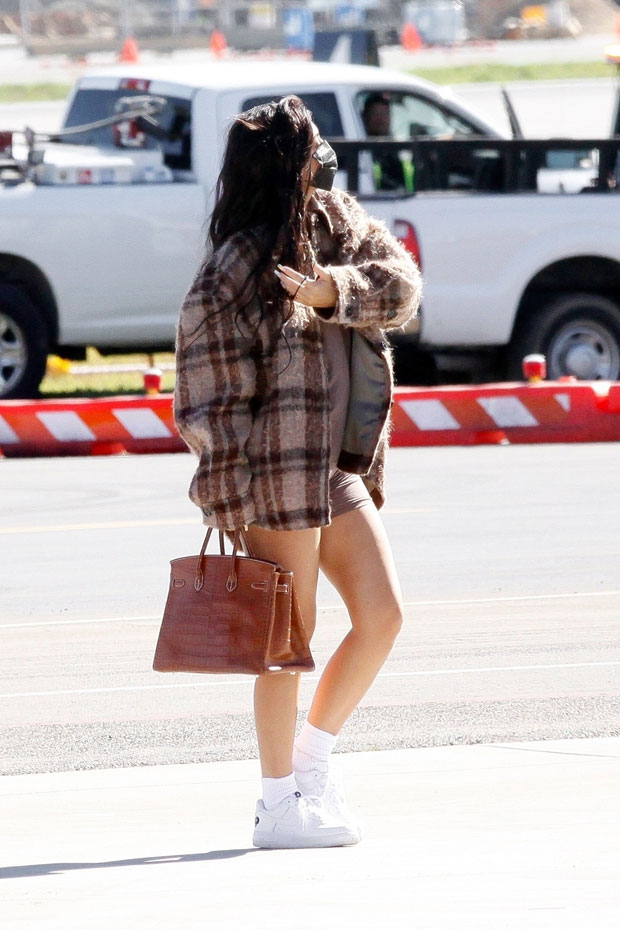 The makeup mogul also shared some video clips from inside the jet to Instagram, which can be seen below. One showed the awesome display of snacks that were available for her and the other passengers, which included her friend Yris Palmer and her daughter Ayla. There were yummy-looking heart-shaped donuts as well as fruit cups and there was even a napkin that read, “KYLIE AIR” on it.

The video also showed Stormi and Ayla sitting in their seats playing with pink-haired dolls while in front of the snacks. “You ladies ready?!” Kylie excitingly asked them before one of them replied, “What?”

Once Kylie and her traveling crew touched down in Palm Springs, they were escorted to an SUV to start their entertaining journey. Yris took to her own Instagram to share a video of her and Kylie happily sharing a drink shortly after their arrival in the beautiful area. They were wearing flattering bikinis, including a tiny blue one for Kylie and a tiny green one for Yris, as they cheered to their vacation before taking sips of their beverages.