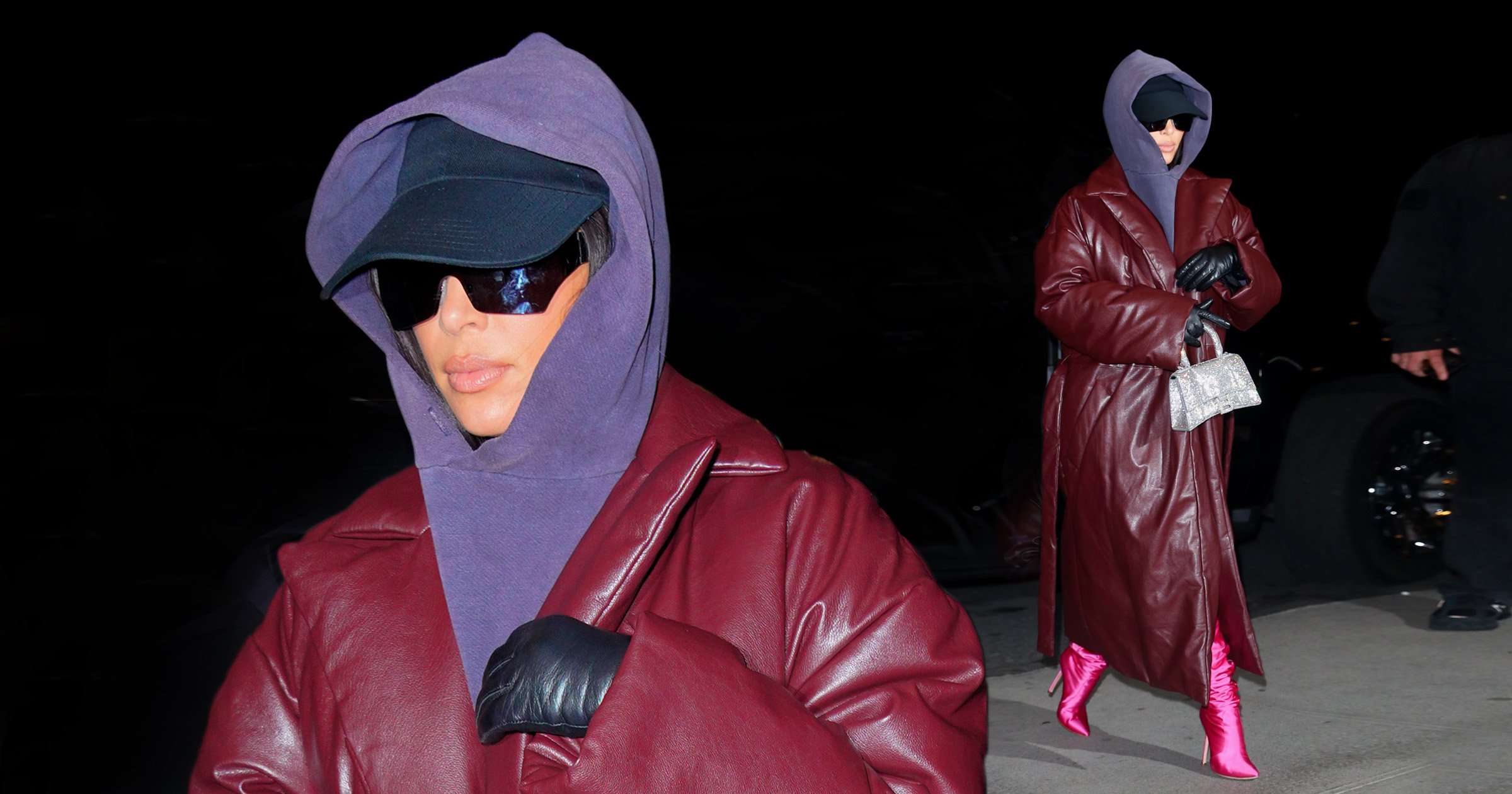 Kim Kardashian is clearly feeling the New York City chill. Either that or she’s keeping all the secrets of her Saturday Night Live hosting gig tucked deep in her puffa coat.

The star is gearing up for her first time hosting the long-running sketch show and is clearly taking her role very seriously.

But seeing as she turned up to rehearsal in a resplendent, sleek, hot pink suit, what’s she hiding under this hoodie and puffa? The show’s script? A costume? Residual burns from those epic jokes she’s pitched to Lorne Michaels?

The star was seen making her way back to her hotel after show rehearsals overnight, wearing a big leather coat over the top of a purple hoodie, adding a pair of gloves and still rocking the same pink boots she wore earlier in the day.

Because she’s famous, she completed the look with a plain, blue cap and a pair of dark sunglasses.

Further proof Kim has thrown herself into the gruelling hours of SNL prep, the show’s official Twitter account earlier shared a picture of the reality star and mogul in rehearsals, appearing to smile from behind a mask during a read-through.

In anticipation for Saturday night’s gig, the star – who is using her married name Kim Kardashian West, despite her split with husband Kanye West – appeared alongside musical guest Halsey and SNL cast member Cecily Strong in a promotional slot.

In a piece to camera from the famous stage inside New York City’s Studio 8H, comedian Cecily jokingly suggested the trio form a girl group.

‘Absolutely not,’ Halsey deadpanned as Kim added: ‘We already said no when you pitched that backstage.’

Cecily replied: ‘OK, you could hear me, I wasn’t really sure because security had me in a headlock.’

In another take of the promo, the comedian asked Kim t if she is nervous about doing sketch comedy.

She replied: ‘Why, I don’t have to write sketches do I? before she made a final query: ‘Everyone else won’t look as good as me will they?’ as she was told by Cecily: ‘No, absolutely not.’

Announcing the news last month she was helming the programme, a delighted Kim said: ‘OMFG no turning back now!!!! LOL I’m hosting SNL!!!!!!’

Her and her extended family have been the target of SNL sketches in recent years, with comedian Nasim Pedrad often portraying Kardashian West.