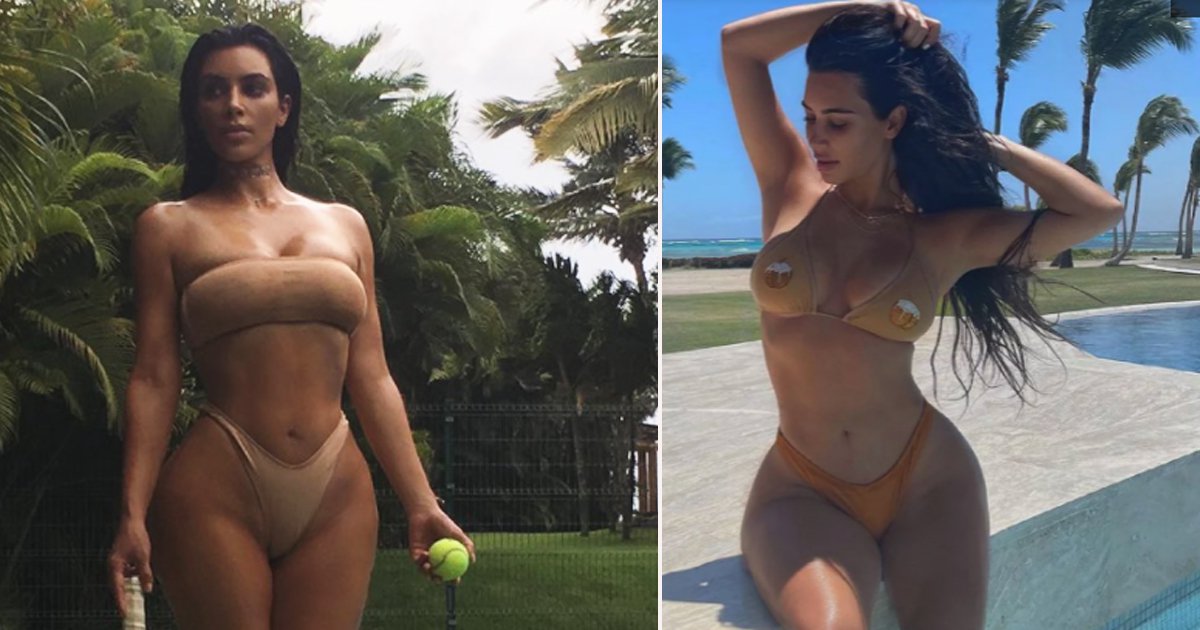 Kim Kardashian revealed she is putting ‘limits’ on sexy bikini pictures on her Instagram page – but not just yet.

The Keeping Up With The Kardashians star has opened up on some of the more risqué photos she has shared with the world during her career – with most of them drawing in millions of likes and even more comments.

Side note: Who could forget that infamous #BreakTheInternet magazine cover?

Appearing in the upcoming reunion special to commemorate the end of their E! show, the 40-year-old explained that she initially wanted to cut back on uploading revealing photos on social media, because of her budding law career.

She quickly changed her mind and gave us even more iconic content, but the mum-of-four confirmed this will change as her children grow up.

‘Like, f**k I’m 40 and I’m in the best shape of my life and I want to post a bikini studying if I want to,’ she insisted, sharing how ‘freeing’ she finds the pictures. ‘There’s something empowering about that.’

‘I also don’t want to embarrass my kids or make them feel a way if they’re in high school and I’m the embarrassing mum that’s like posing in selfies in bikinis. There will be limits.’

Those limits aren’t in just yet, as she is still posting all kinds of thirst traps on the ‘gram.

In fact, she gave those Wimbledon stars a run for their money with her latest post, posting in a nude coloured bikini on an empty tennis court, clutching a racket and ball.

While we have many thoughts on the upload, our main takeaway is that playing tennis barefoot on that court doesn’t seem like the best idea…

Kim’s post comes after her best friend, Jonathan Cheban, weighed in on her impending split from estranged husband Kanye West.

The businesswoman filed for divorce in February of this year, six years after she tied the knot with the Gold Digger rapper – who she shares children North, Saint, Chicago and Psalm with.

Speaking on the end of their marriage, Jonathan suggested he could see a break-up was on the cards.

During an appearance on the Wendy Williams Show, the foodie told the host: ‘Everything is open on the show, they question everything. I am not surprised it really happened, I love them both.’

He also insisted that his pal was too busy to find love as she is busy preparing for her upcoming Hulu series, with her famous family.