It’s been nearly two years since reports surfaced about a kiss shared between Tristan Thompson and Jordyn Woods, but it seems Khloé Kardashian is ready to forgive and forget… kind of. During the Nov. 5 episode of Keeping Up With the Kardashians, Khloé Kardashian and Tristan Thompson joked about the cheating rumors, and TBH, it was a little awk. In the episode, Thompson kiddingly said Kardashian looked like "the smart girl I’m going to cheat off on the test" after she put on a pair of glasses. Her response: "Thank God you said, ‘On a test.’" Oof.

Even before Thompson and Woods reportedly kissed, the Cleveland Cavaliers player was rumored to have stepped out with other women. Reports of infidelity began to plague Thompson and Kardashian’s relationship right around the time their daughter, True, was born in April 2018, but the final straw came in February 2019, when Kylie Jenner’s ex-BFF became involved. Kardashian and Thompson split, while Woods found herself exiled from the Kar-Jenner clan. Woods has since found love with Karl-Anthony Towns, and True’s parents have (maybe) reconciled, but something tells me Woods isn’t quite as ready as Kardashian and Thompson to joke about the cheating scandal, considering how much it impacted her life. 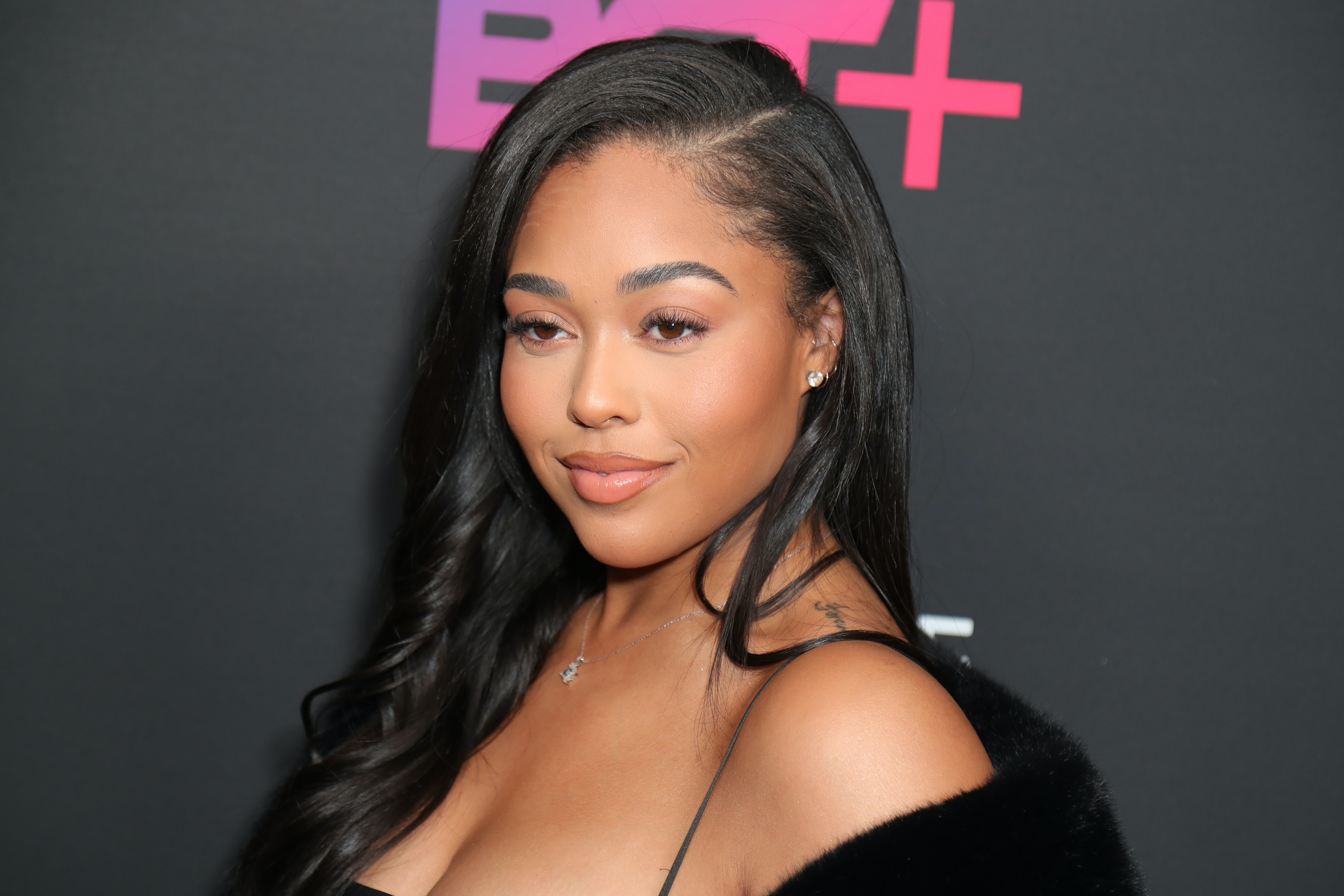 During an interview with Hillsong Church’s Natalie Manuel Lee (which aired in September 2020), Woods got candid about how the backlash she received following the Thompson scandal affected her mental health. She admitted she felt as though "everything was against" her and she "had no one" she could talk to about those feelings. "I deleted everything off of my phone. I wouldn’t respond to anyone," she said. "I responded to about two people. I pushed people away that probably shouldn’t have been pushed away, but I just couldn’t trust anyone … Everything in my life changed." And if Woods’ face mask trolling Kardashian and Thompson is any indication, she likely doesn’t consider the cheating scandal a laughing matter.

While I’m happy Kardashian and Thompson seem to be amicable co-parents (and possibly even an item again), joking about Thompson’s reported infidelity still feels kind of cringey, IMO.