Kate Middleton has made an appearance at this year’s Beating Retreat, an annual concert held by the Household Division, the seven British army regiments serving the queen. The Duchess of Cambridge took the salute at the annual event, which a member of the royal family usually does at the military celebration. Her husband Prince William did the honors for the first time in 2014. This time, it was Kate’s turn.

The duchess appeared in a white coat by Catherine Walker with a mauve clutch by Mulberry and neutral suede heels. She kept her hair up in a clean bun and accessorized with a gold shamrock pin as a nod to the Irish Guards. 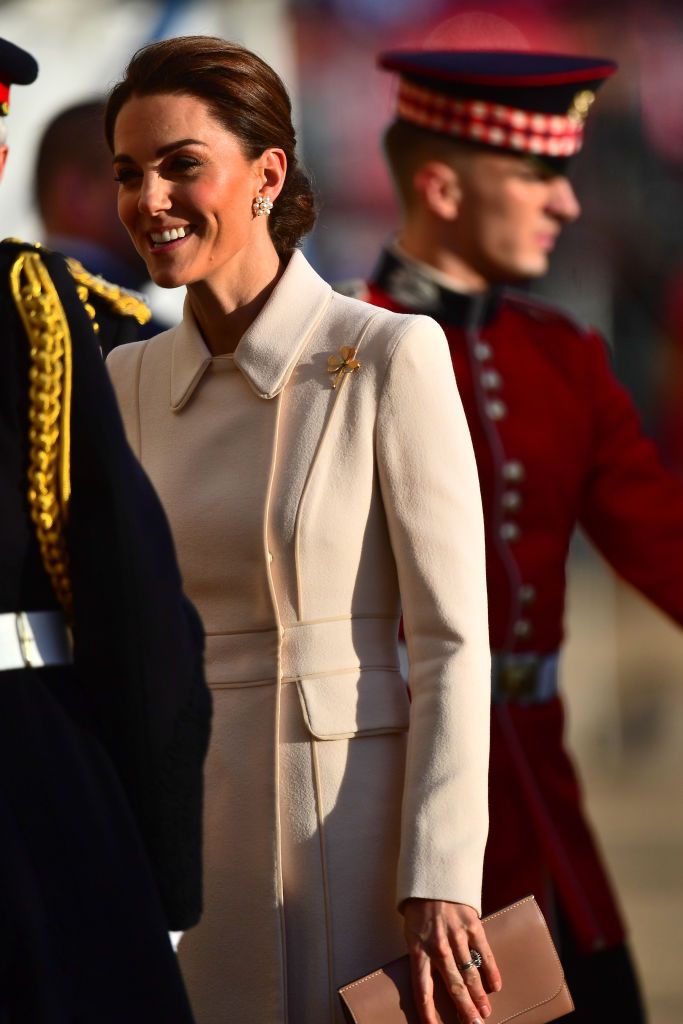 The Army in London proudly shared her arrival on Twitter.

Kate just stepped out earlier this week, albeit for a much more formal engagement. She and Prince William attended the U.S. state banquet honoring President Trump earlier this week, where they joined a number of other royals including the queen, Prince Charles, the Duchess of Cornwall, Princess Anne, and others. 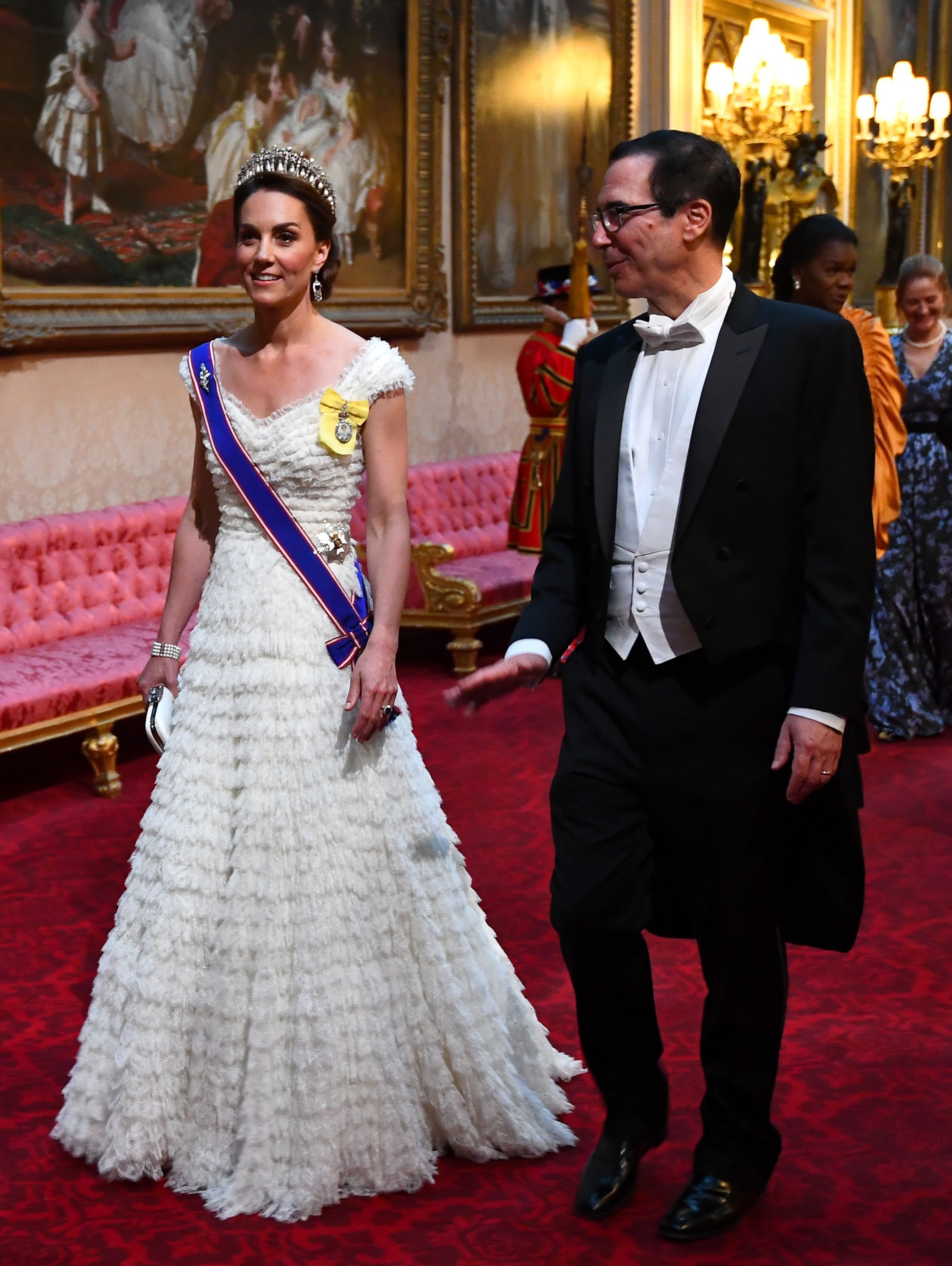 At the time, Kate also opted for white, wearing an elegant, feathery gown by Alexander McQueen. She also wore the Lover’s Knot Tiara, one of Princess Diana’s favorites, and a deep blue sash signifying her appointment as a Grand Dame of the Royal Victorian Order. (The queen just honored her with the title in April.)

Kate might have shown up with less pomp and circumstance in her outfit today, but we still salute to her classy royal look.