Ah, remember last summer’s pop culture news cycle? It was a wild time, so allow me to refresh your memory: Everyone found out Miley Cyrus and Liam Hemsworth ended their relationship after Miley was seen canoodling with Kaitlynn Carter (Brody Jenner’s ex) in Italy. It was all very WTF, but Miley and Kaitlynn dated for almost two months before breaking up.

Miley then moved on with Cody Simpson, who she’s still in a relationship with, while Kaitlynn took some time away from dating for herself. Now, Kaitlynn’s opening up about what dating Miley has taught her. 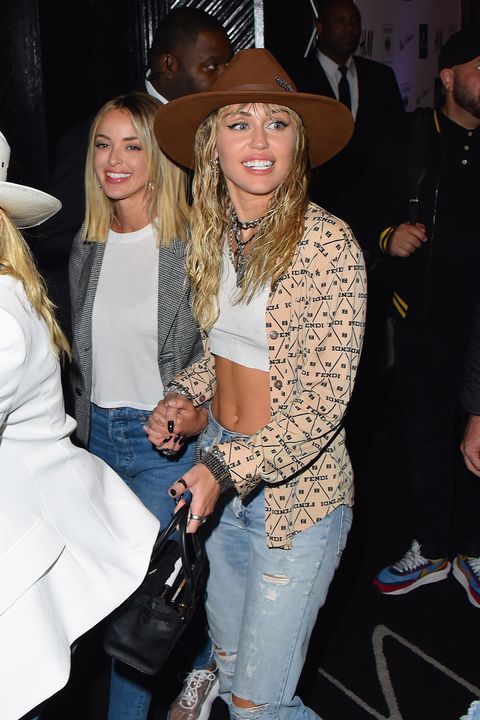 During an appearance on Nick Viall’s Viall Files podcast, Kaitlynn said she now prefers to keep her relationships out of the public eye. “What I’ve really realized is now with dating, I’m super private about it,” she said. “Since last fall, once that whole situation [with Miley] came to a wrap, I was like, ‘That’s the last time I’m doing a public thing.’” Ooof.