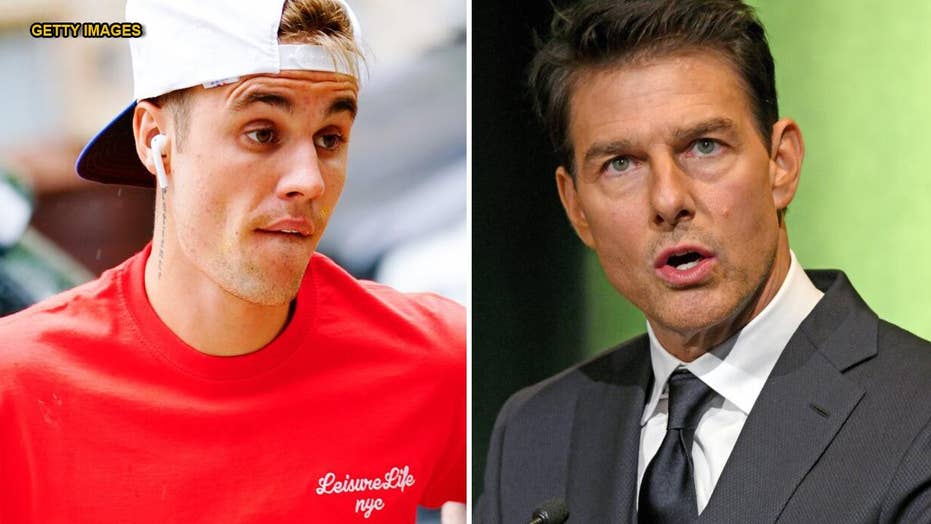 In a bizarre tweet that has since gone viral, pop star Justin Bieber challenged Tom Cruise to a fight in ‘the octagon.’ While the ‘Mission Impossible’ star did not comment on the posts, it appears that many on social media believe Cruise would dispatch the ‘Baby’ singer with ease. Cruise stands at 5′ 7 and weighs 170 pounds. Bieber reportedly has two inches on Cruise but weighs 145.5 pounds. Conor McGregor said his company would gladly host the fight.

Justin Bieber admitted Wednesday that his challenge to fight actor Tom Cruise in the octagon was just a joke.

In a bizarre and confusing move, the “Baby” singer took to Twitter on Sunday to issue a challenge to the “Mission Impossible” actor and ask UFC president Dana White if he’d put on the bout.

“I wanna challenge Tom Cruise to fight in the octagon. Tom if you dont take this fight your [sic] scared and you will never live it down. Who is willing to put on the fight? @danawhite ?” Bieber wrote.

While Cruise didn’t respond to the challenge, the tweet went viral. This prompted a response from Bieber, who revealed he was just fooling around and doesn’t actually want to throw down with the Ethan Hunt actor.

While the 25-year-old singer’s challenge to the 56-year-old star was apparently in jest, MMA fighter Conor McGregor announced that his company would host the fight. McGregor also appeared to take a shot at Cruise and said the fight would only go on if he’s “man enough to accept this challenge.”

It appeared that many on social media believe Cruise would dispatch the “Baby” singer with ease. Odds Shark, a source for online handicapping, said, “We don’t like your odds, Justin." Bobby Nash, an MMA fighter called out the singer, “You’re calling out a 56 year old man lol.”

Cruise stands at 5’ 7 and weighs 170 pounds. He is famous for doing most of his own stunts and maintaining an enviable physique. He appears ready and willing to fight on screen and often does so while falling from a plane.

Bieber reportedly has two inches on Cruise but weighs 145.5 pounds, according to reports.