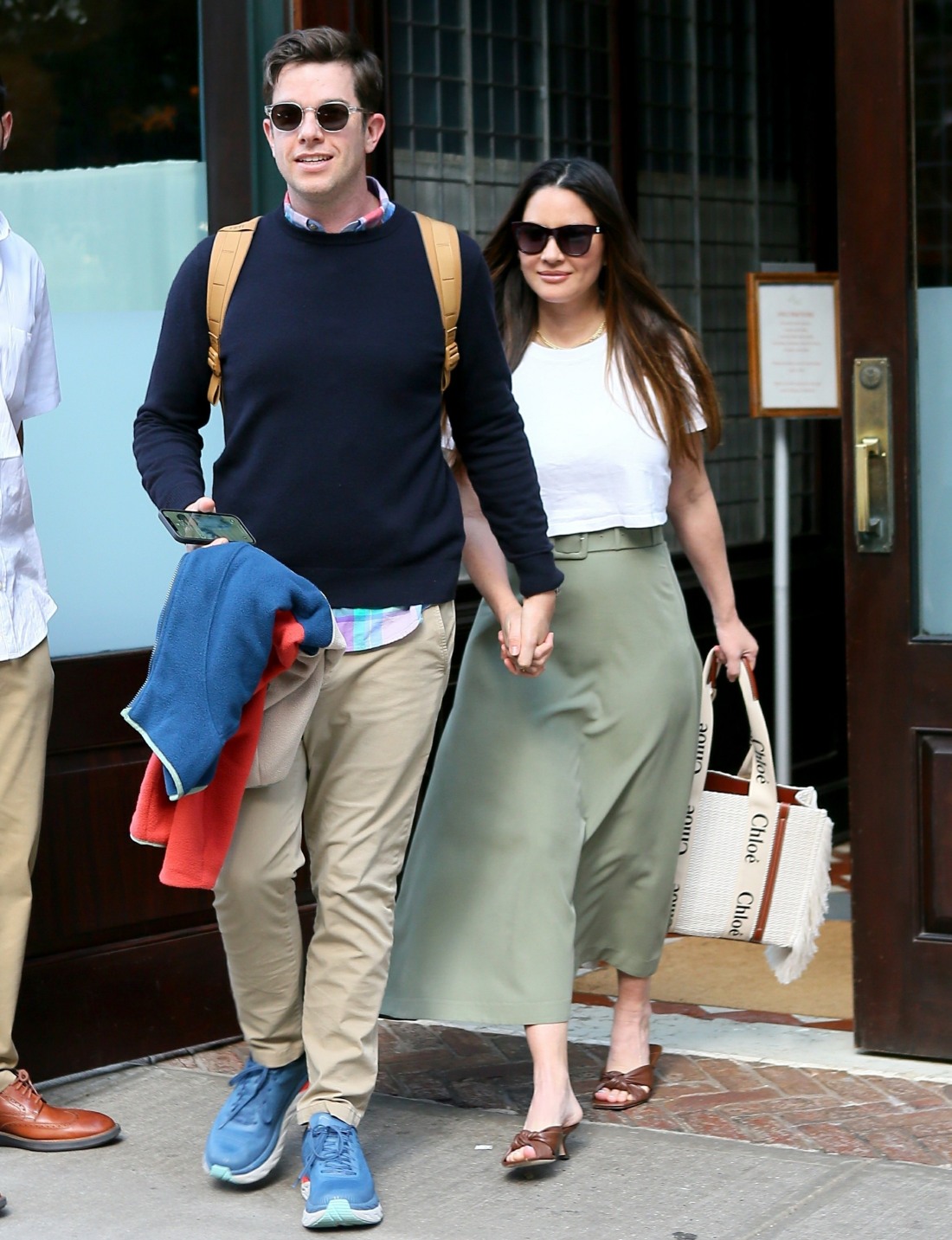 John Mulaney and his girlfriend welcomed their son Malcolm just before Thanksgiving last year. The child arrived amid months of tabloid scandal, because no one believed the timeline of when Mulaney had first begun his affair with his girlfriend, and Mulaney’s official story made it sound like he impregnated his girlfriend on their first date, when he was just weeks out of rehab. John’s ex-wife Anna-Marie Tendler also spoke out about how… nothing was really as it seemed with Mulaney’s cover story for what happened and when. In the weeks before Malcolm’s birth, it also sounded like neither John nor his girlfriend were planning on sticking it out with each other. They’re still together though – these photos are from the past week, where they were out and about in New York. John’s girlfriend has been especially desperate for attention in recent months, although I tend to ignore her solo stories in general, for reasons. In any case, there’s an update on John’s relationship with his girlfriend:

Enjoying the moment. Olivia Munn and John Mulaney are too focused on raising son Malcolm to think about tying the knot any time soon.

“Olivia and John have only been together for a little over a year so they’re really not in a rush to get married. It’s definitely not her focus right now. She really wants to enjoy this time as a new mom,” a source exclusively tells Us Weekly about the couple, who welcomed their baby boy in November 2021. “Olivia’s fully embracing motherhood and all its challenges and ups and downs.”

The X-Men: Apocalypse actress, 41, previously opened up about her feelings on marriage, explaining that she doesn’t have traditional views on settling down. “I never have ever been that girl [who dreamed about her wedding],” Munn shared during an April 2020 interview on the “Big Ticket With Marc Malkin” podcast. “And I’ll hear about friends who have, and I’ve just never been the person that’s like, ‘Oh, I can’t wait to get married. This is what it’s going to be like, what my ring would be.’ … The idea of getting married has always made me a little [nervous].”

While they might not be rushing down the aisle, Munn and the comedian, 39, are happier than ever as a new family of three. “Having a baby surely brought them closer as a couple,” the insider adds.

They’re literally not even engaged? Right? Did I miss something? John didn’t propose to his girlfriend when she was pregnant. His divorce from Anna-Marie only came through this January, roughly seven weeks after Malcolm’s birth. And now the girlfriend is telling people loudly that the idea of getting married makes her nervous and they’re so not focused on getting married, and she would just not know what to do if he proposed and marriage isn’t even her focus right now! It’s super-obvious. This whole thing has been super-obvious. I would feel a little bit sorry for Mulaney, but I’m pretty sure he sucks too, and I’m Team Tendler. 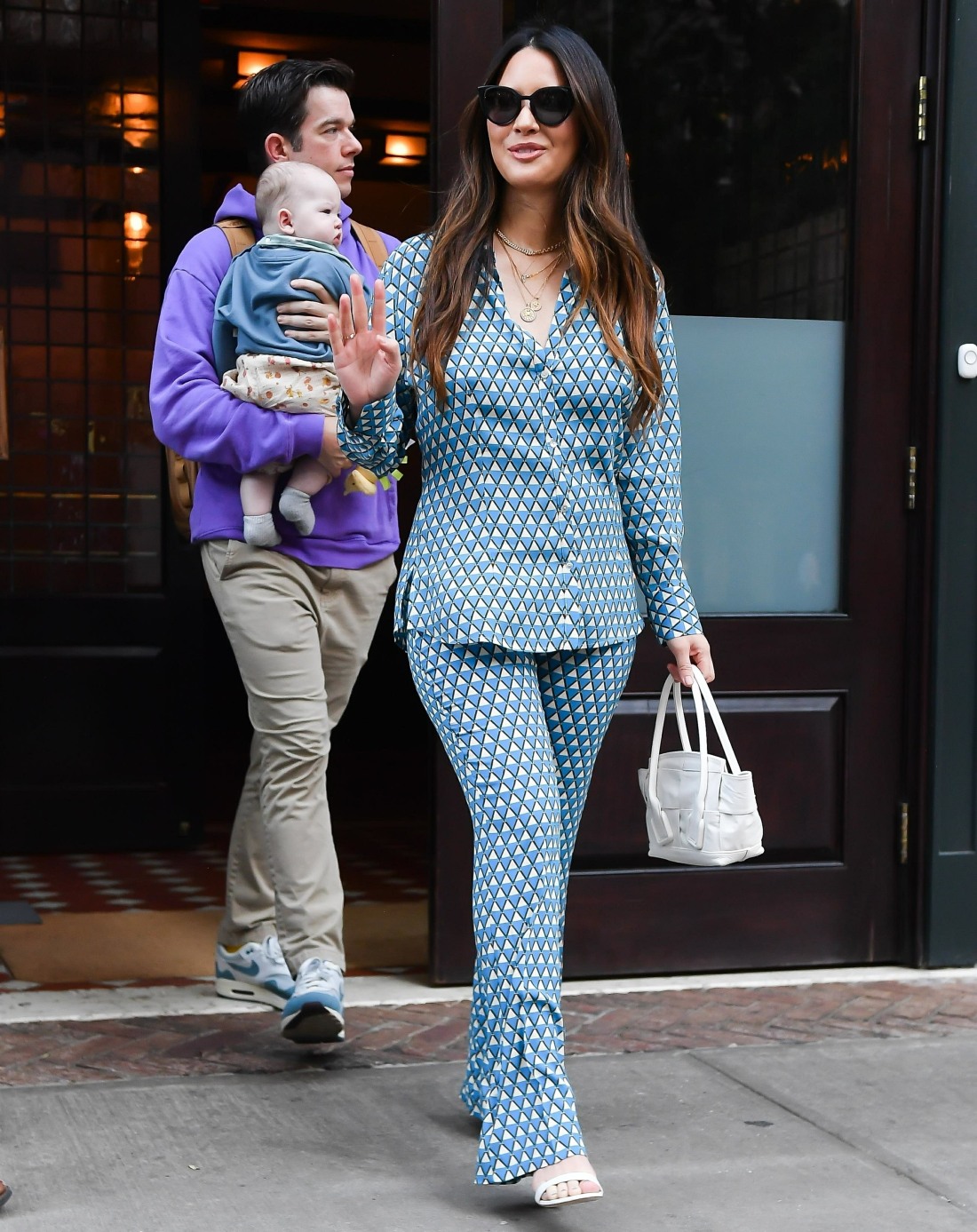 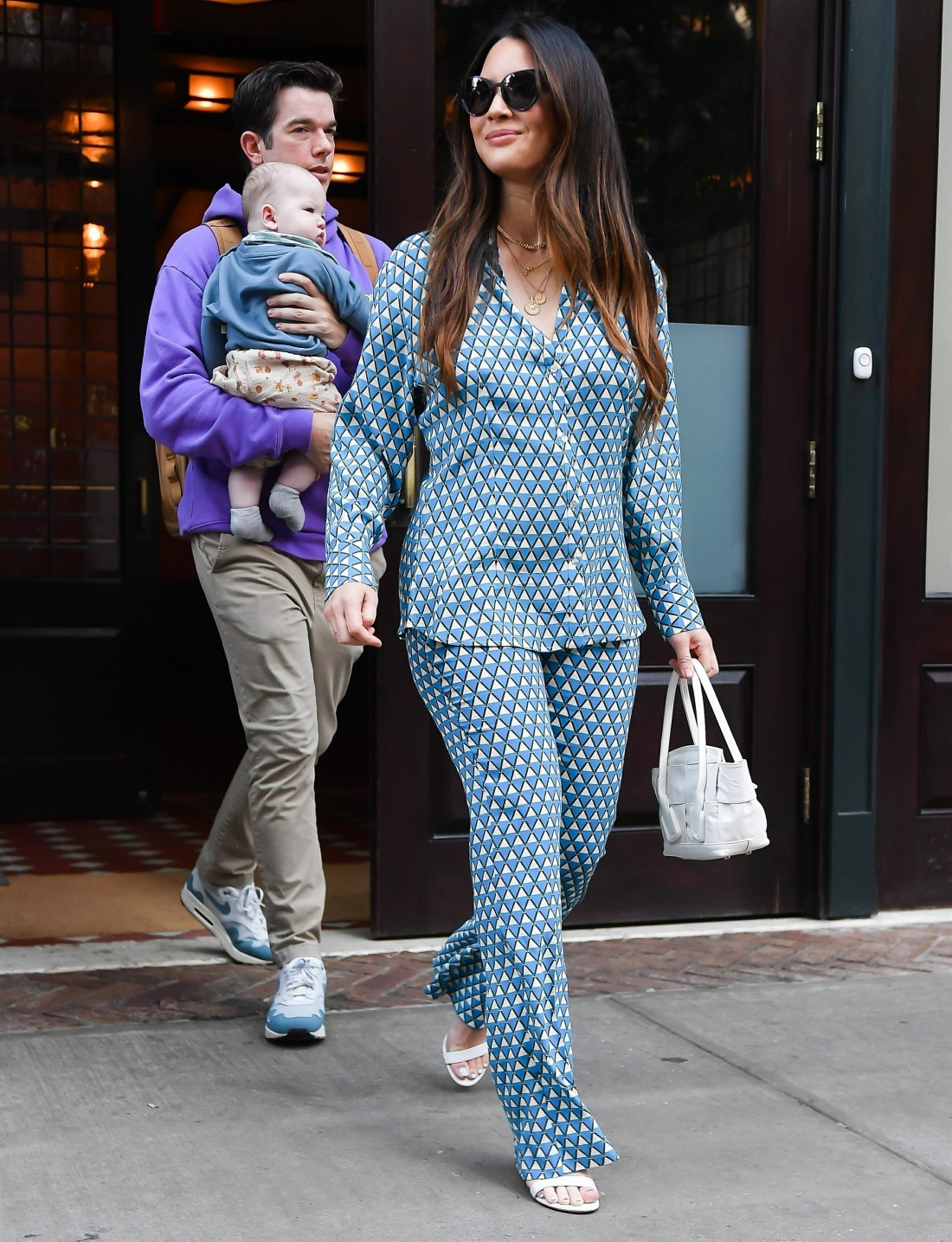