Jessica Chastain has transformed into the late televangelist Tammy Faye Bakker in the upcoming biopic “The Eyes of Tammy Faye.”

The Golden Globe winner spent four hours a day in the makeup and hair trailer to execute the look which included prosthetics and wigs.

“Every moment, I had something on my face,” Chastain told People magazine. The actress worked with makeup artists Linda Dowds and Stephanie Ingram, as well as Justin Raleigh to bring Bakker to life.

“I have a dimple in my chin that she didn’t have, so we would seal that up. Her face was more round than mine, so I would have things on my cheeks. Their expertise just helped me so much with my confidence in playing her,” the 44-year-old recalled.

Chastain was committed to the role and started doing research on Bakker 10 years ago. 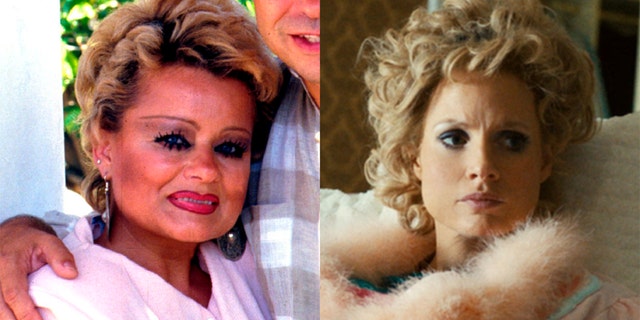 “I just was so blown away by her and her story,” she said. “The thing I loved the most about Tammy is her capacity to love. She knew what it felt like to not feel important, and she didn’t want anyone to experience that.”

Bakker died in 2007 at age 65 after battling cancer. The media personality is best known for starting a Christian news program, The PTL Club, with her first husband Jim Bakker. He’s played by Andrew Garfield in the film.

Together, they grew the program into a multimillion-dollar business but it collapsed after Jim was allegedly involved in a sex and finance scandal with Jessica Hahn, a church secretary. 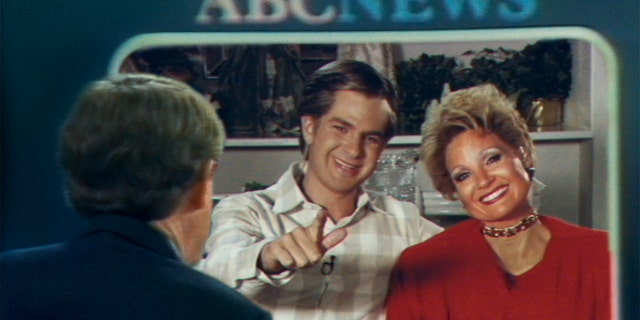 Andrew Garfield as Jim Bakker and Jessica Chastain as Tammy Faye Bakker in the film "The Eyes of Tammy Faye."
(Courtesy of Searchlight Pictures)

Jim was convicted in 1989 of mail and wire fraud and sentenced to 45 years in prison but the sentence was later reduced and Jim was released in 1994.

“People were always making her into a clown and punishing her for the mistakes of her husband, which all throughout history women have been the victim of, atoning for the sins of men,” Chastain reasoned.

“The Eyes of Tammy Faye” is slated to hit theaters on Sept. 17.