Jennifer Aniston is a strong woman, and she’s a living testament to how, with a little time, personal growth, and a whole lot of forgiveness, you can eventually be on amicable terms with a cheating ex.

Following their highly publicized 2005 split, former spouses Jennifer Aniston and Brad Pitt made their professional, platonic return last September via a remote live table reading of the 1982 film Fast Times at Ridgemont High, which served to fundraise for COVID-19 relief. Aniston, who played Linda, and Pitt, who played Brad, gave fans a treat while reading one of the sultry scenes shared between their characters: Aniston ironically addresses Pitt by his character’s name—also his real name—while reciting lines of pursuing him. “Hi, Brad,” she says with exaggerated sensuality. “You know how cute I always thought you were.”

In a Wednesday interview on SiriusXM’s The Howard Stern Show, Aniston recalled her positive live table experience, sharing that it was “absolutely fun” and that she and Pitt have been on good terms. “Brad and I are buddies, we’re friends,” Aniston said. “We speak, and there’s no oddness at all, except for everyone that probably watched it and was wanting there to be, or assumed there to be.” She continued, “We had fun, and it was for a great cause, CORE.”

Dane Cook, who hosted the live table reading, shared his thoughts on the pair’s reunion last year on Better Together with Maria Menounos. “They both locked in,” Cook said. “What you saw was absolutely what we had hoped, which was just nice engagement between two massive, incredibly talented people.” 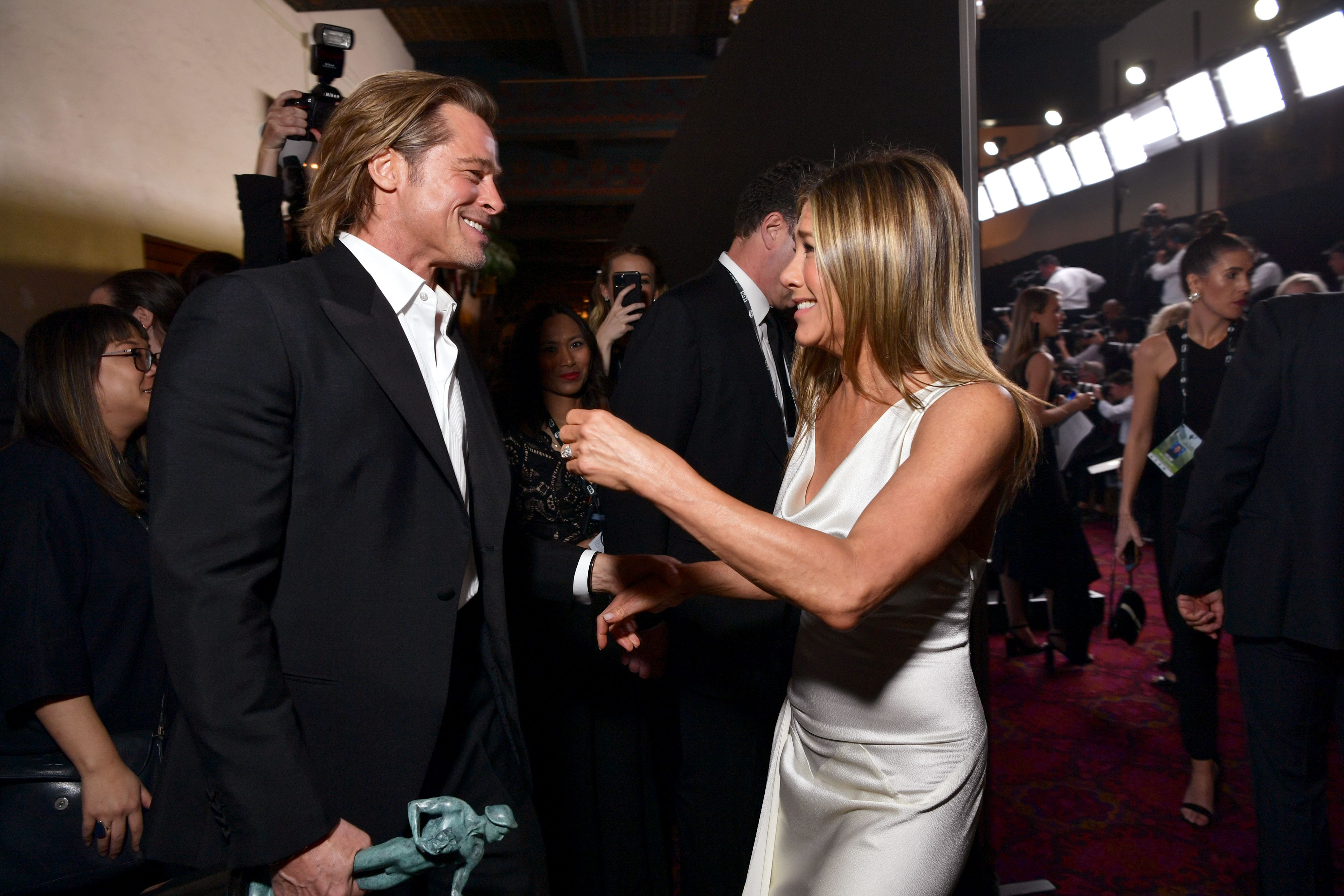 The reunion during the reading comes after their iconic meet-cute from earlier that year at the Screen Actors Guild Awards in January, when the two were seen looking amicable after bumping into one another backstage.

In addition to her “buddy” relationship with Pitt, Aniston is reportedly on good terms with her most recent ex-husband, actor-producer Justin Theroux, from whom she split in February of 2018. Enjoying being single, she told People tying the knot is not on her “radar” anytime soon. “I’m interested in finding a fantastic partner and just living an enjoyable life and having fun with one another. That’s all we should hope for. It doesn’t have to be etched in stone in legal documents.”