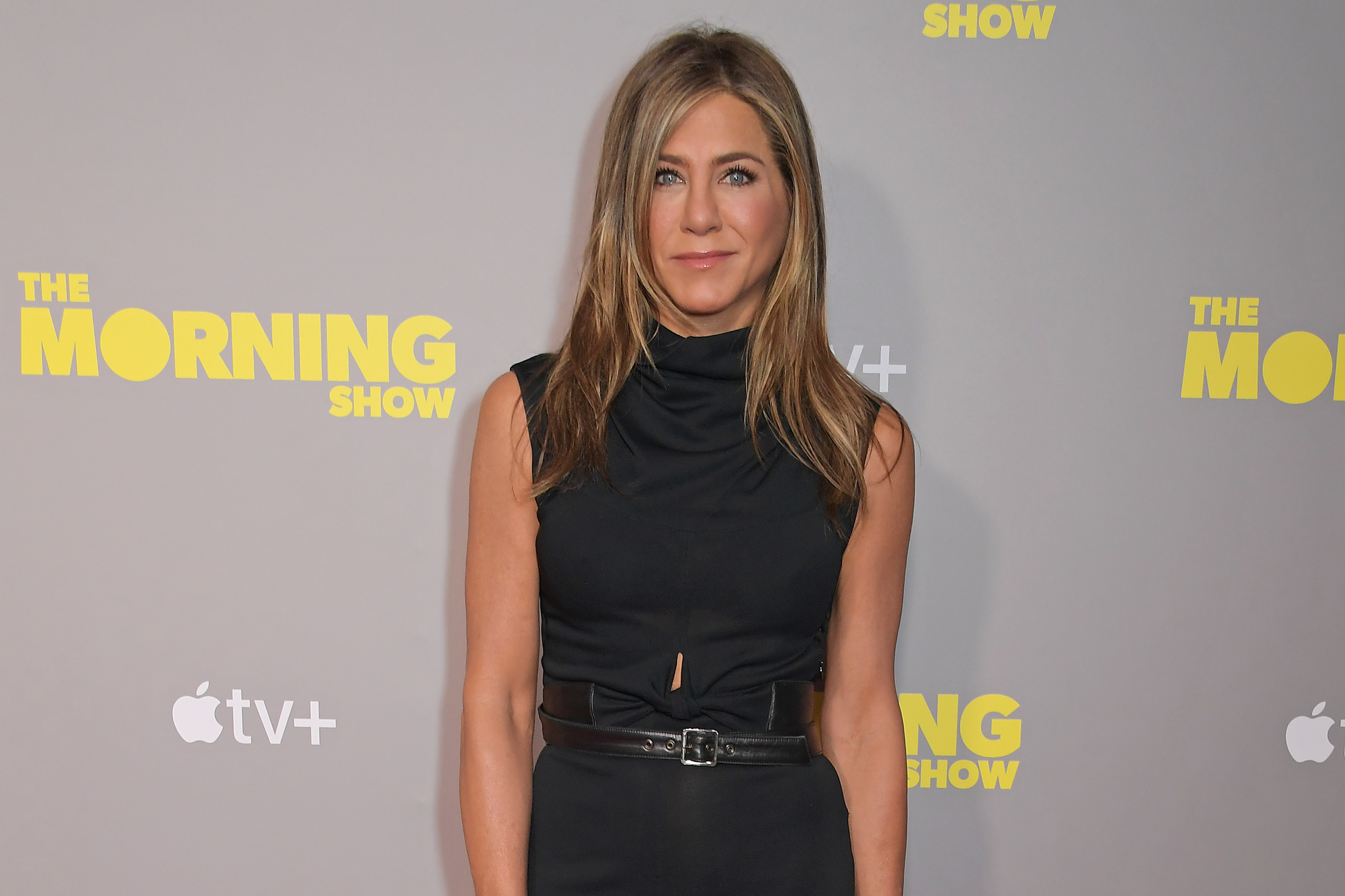 Jennifer Aniston has credited therapy for helping her deal with the challenges of fame, including the constant rumours about her being pregnant.

The Friends actress has explained that she’s now in a ‘peaceful place’ in life and satisfied with her job, friends, family and, of course, her ‘beautiful dogs’.

She has been married twice – to Brad Pitt and Justin Theroux – and doesn’t have children leading to years of rumours about pregnancies, adoptions and surrogacy.

However, Jennifer, 52, has explained that she learnt to deal with the endless speculation and even questions from her family through therapy sessions.

Speaking to People, the actress admitted: ‘Self-awareness is key. I’ve really gotten a lot out of therapy.

‘Just being a public person, there’s a lot of amazing things that come with that. But there’s also a lot of tough stuff, because we’re only human, and we tend to walk around with bulls-eyes on our heads.’

She then revealed: ‘Sometimes you can’t help family members or people sending stuff over going, “What is this? You’re having a baby? Are you getting married?” It’s like, “Oh, good gosh, when and how many years will it take for you to ignore that silliness?”’

Clearly content with her life, Jennifer said that she’s ‘very fortunate’ and a ‘blessed human being’.

The Morning Show actress was married to fellow actor Brad from 2000 until 2005, and actor and filmmaker Justin for two years between 2015 and 2017.

Jennifer’s current dating status isn’t clear but she did recently make a shocking revelation that excited Friends fans around the world.

During the sitcom’s HBO Max reunion special, Jennifer and her co-star David Schwimmer revealed that their love story almost extended beyond Ross and Rachel on-screen as the pair had crushes on each other in real life.

‘The first season I had a major crush on Jen and at some point we were both crushing on each other,’ David explained. ‘But it was like two ships passing because one of us was always in a relationship and we never crossed that boundary. We always respected that.’

Jennifer jumped in and confirmed: ‘I remember saying to David, “it’s going to be such a bummer if the first time you and I actually is going to be on national television”. Sure enough first time we kissed was in that coffee shop.

‘But we just channelled all our love and adoration for each other into Ross and Rachel.’