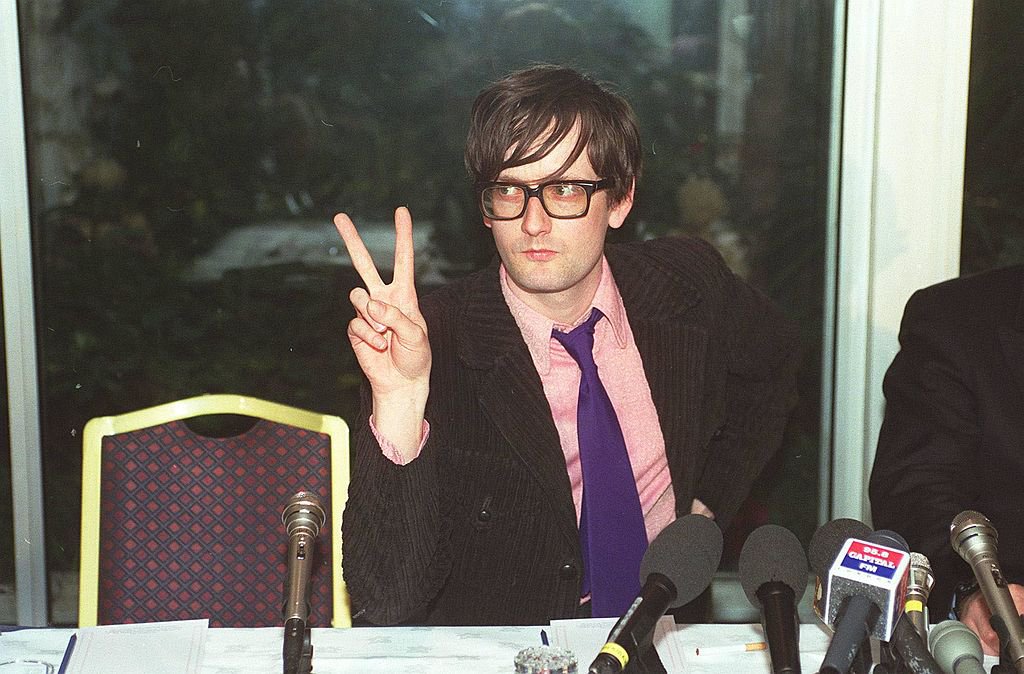 Back when the Brit Awards landed huge international stars to perform on British telly, Michael Jackson took to the stage at Earl’s Court Exhibition Centre in 1996.

The late singer, who had been given a Brit for Artist of a Generation that year, put on a huge production of his hit Earth Song complete with a light display, wind machines and numerous extras of all ages in dishevelled clothing praising and singing to him.

Just as the star was clambering onto a platform that would lift him into the air surrounded by smoke, Jarvis Cocker of the rock band Pulp, dressed in a black jumper and trousers, wandered onto the stage.

He looked bewildered at what was going on around him – including a great moment where he looked up, baffled, at Michael singing his heart out – before bending over in front of the audience and pretending to break wind, wafting it away.

Security was after him in seconds but Jarvis made a quick exit himself, stopping to briefly lift up his shirt at the camera and then legging it.

Jarvis’ cheek(s) has become an iconic moment in the award show’s history.

Michael said at the time he was ‘sickened, saddened, shocked, upset, cheated and angry, but immensely proud that the cast remained professional and the show went on’.

Jarvis meanwhile explained his motivation in an interview on TFI Friday, telling then-host Chris Evans: ‘I was just sat there watching it and feeling a bit ill because he’s there doing his Jesus act and I could kind of see that there were a lot of other people who found it quite distasteful as well. Stage is there, I’m here, and I thought I could actually do something about it and say this is rubbish for once.

‘I just got up and just bombed it because I knew I would have to move fast because if anybody cottoned on to what was happening I wouldn’t get on.

‘I was there and once I was, I kind of didn’t really know what to do then, so I thought well I may as well bend over and show me bum.’ (FYI, it’s around the 4m45s mark in the video below).

However in an interview with New York Times last year, the musician revealed the attention he received afterwards ‘had a massive, generally detrimental effect on my mental health’.

It was definitely one of the more rock and roll moments at the Brits, and the thought that it happened 25 years ago makes us feel a bit faint.

Other performers on the night included Alanis Morissette, David Bowie and Take That.

Oasis were the big winners, taking home British album of the year for (What’s The Story) Morning Glory?.

Noel Gallagher made a bid to create controversy himself when, on being presented an award by Michael Hutchence of INXS, said: ‘Has-beens shouldn’t be presenting awards to gonna-bes.’

The Common People singer even ended up in court following his antics, accused of ‘harming’ three children who were on stage at the time he did his stunt. He wasn’t prosecuted and all charges were dropped…thanks to one David Bowie.

Recalling how Ziggy Stardust himself saved him, Jarvis told The New York Times: ‘The only footage that’d been released was like a CCTV camera, and you couldn’t see what was happening.

‘That year David Bowie was getting a lifetime achievement award and he had his own camera crew there.

‘After two or three days, they released their footage, and then the charges were dropped straight away. Among many other things I’m grateful to David Bowie for, that was amazing.’