Ryan Murphy may have moved to Netflix in a fanfare of PR, but that doesn’t mean his series on FX are going to up and disappear. American Horror Story is going strong into Season 9. American Crime Story and Feud are still bubbling away to produce Seasons 3 and 2, respectively. Meanwhile, Murphy’s most joyful series to date, Pose, has returned with its own Season 2 just in time for Pride Month. But this time, the series is getting serious. But how real is Pose? This season is serving reenactment realness. Warning: Spoilers for Pose Season 2 follow.

The opening scene of Pose Season 2 is a full 180-degree turn from Season 1, where the House of Abundance was shown gleefully robbing the Met of its royal finery to win the Grand Prize at that evening’s ball. This season opens with a trip to Hart Island by Blanca (Mj Rodriguez) and Pray Tell (Billy Porter). It’s a small spit of land just off the Bronx, only accessible by ferry. Once a quarantine colony for those dying of tuberculosis, by the 1980s, it had become an unceremonious dumping ground for the unclaimed dead of New York City.

When the AIDS crisis hit, it became the place NYC shipped the bodies of the victims. Pose accurately portrays what visiting it was like. Dozens and dozens of pine boxes marked "UNK" (unknown), buried in separated pits with bulldozers, for fear the HIV-positive dead could somehow contaminate the living. 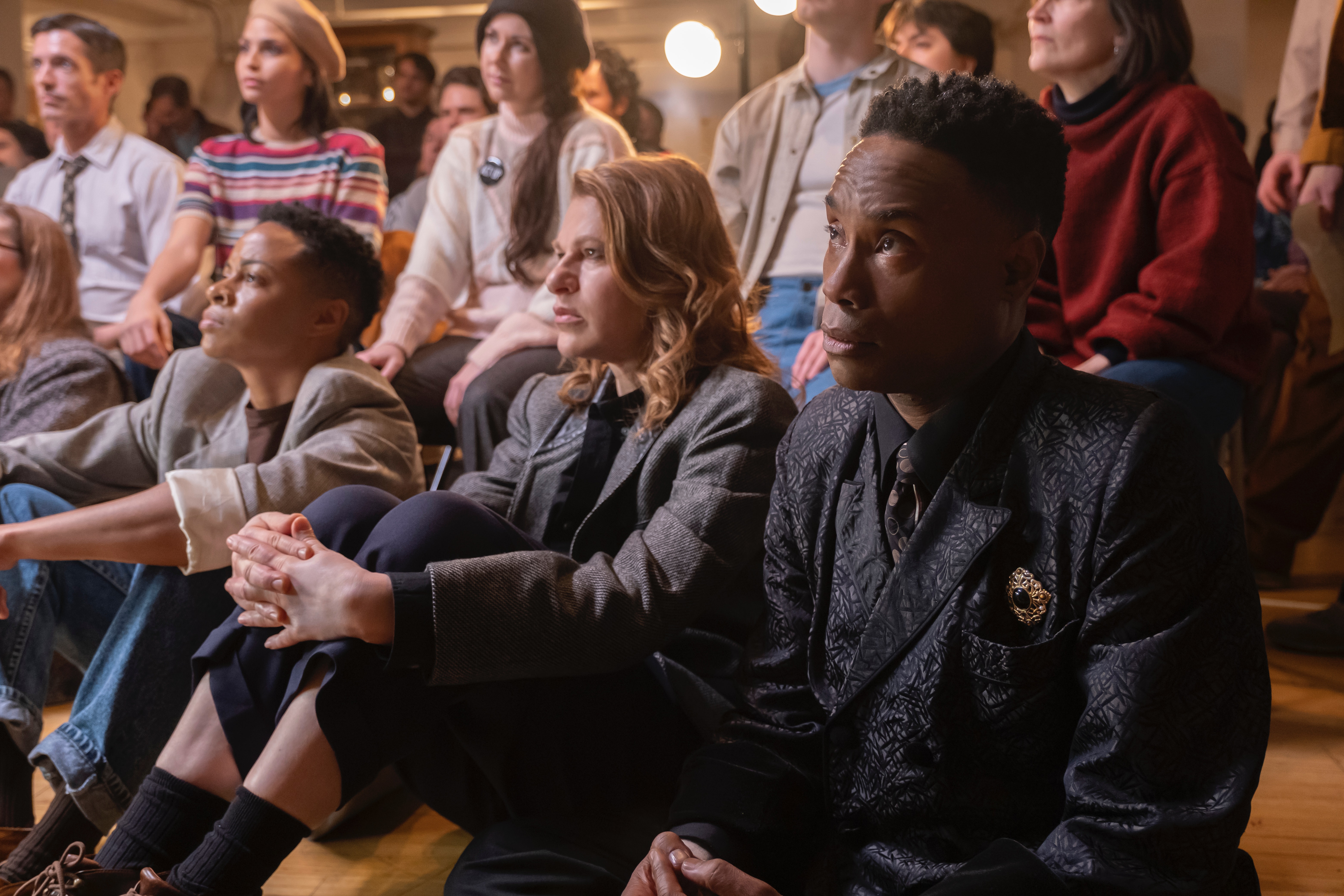 But that’s not the only educational moment in this season’s opener. The episode is entitled "Acting Up," with Pray Tell attending his first ACT UP meeting, in a room that is eerily accurate to the one seen in documentary footage like How To Survive A Plague. ACT UP, which stands for the "AIDS Coalition To Unleash Power," was the best-known AIDS advocacy group of the era. It advocated "direct action" protests, which were disruptive, deliberately attention-seeking events.

In the early years of the group, ACT UP was known for Wall Street-based protests, including chaining themselves to the balcony of the New York Stock Exchange to protest the cost of the only drug available at the time, AZT. It also hit government buildings like the Post Office and the FDA. 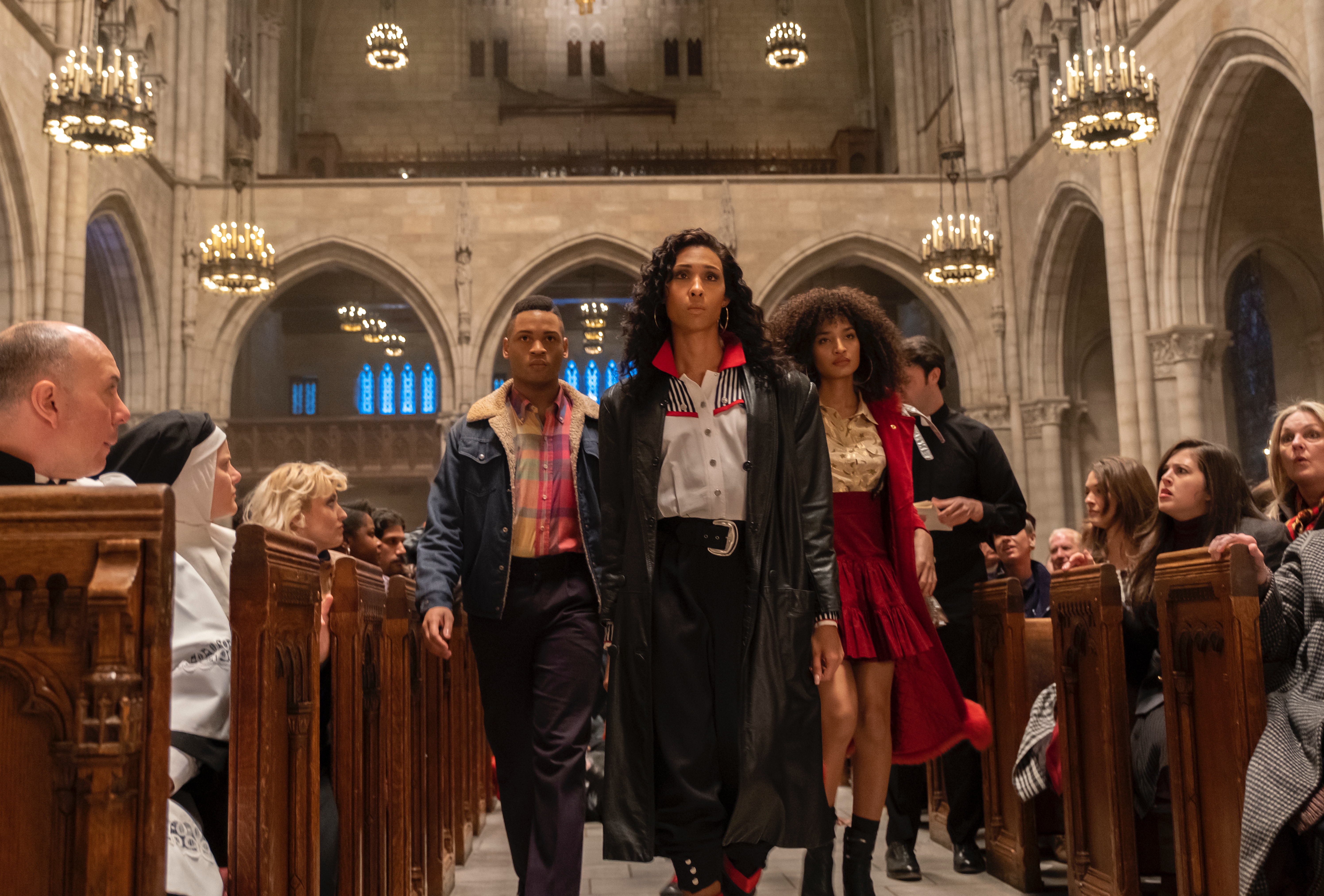 But as the 1980s ended, the group turns its attention to the Catholic Church, whose anti-gay, anti-safe sex education helped spread the fear of AIDS at that time. A mass protest in front of New York’s St. Patrick’s Cathedral was organized, where a few dozen brave activists marched into the middle of Sunday mass and staged a group "die-in" in front of the congregation. Pose shows the main cast as part of this group that marched inside, only to be arrested and dragged away to jail.

Pose takes minor liberties with the facts. The protest happened in December of 1989, the show is set in April of 1990. However, when it comes to staging the actual die-in, the series is on point. This was the first protest of this kind against the Catholic church, and today it is credited as a turning point in public awareness, as well as garnering sympathy towards those affected by the disease. Acting up saved lives.