This Morning’s Holly Willoughby and Phillip Schofield couldn’t quite believe it when Alice Beer made a rather rude joke while talking about a lavender-scented microwavable hand warmer.

The presenter described a series of winter warmer gadgets and when she got to a sheep hand warmer, she made a rather cheeky innuendo when she described the item as a “muff”.

Alice said: “This is like a muff and it smells of lavender. Who knew my muff smelled of lavender?”

Phillip was positively gobsmacked upon hearing the word which has a double meaning, as his co-star Holly burst out laughing.

A stunned Phillip went on to ask: “What are you doing? 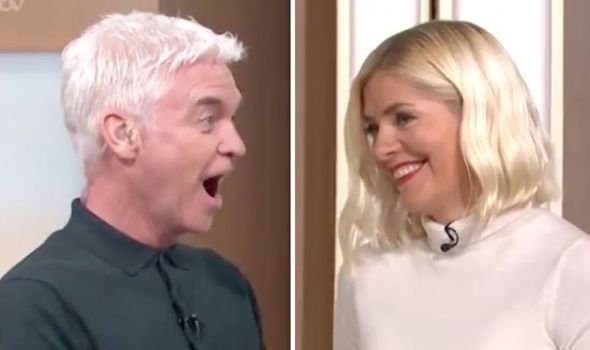 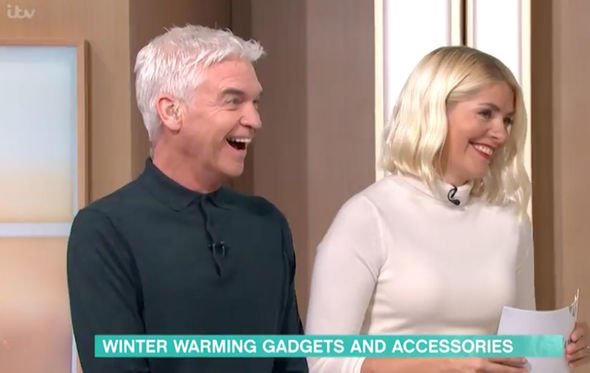 “You’re digging yourself a massive hole and you’re throwing us all in it.”

This didn’t deter Alice, who continued to promote the product.

She added: “Well, you keep your hand in it and you keep warm. What’s the problem?”

Holly and Phil are of course infamous for letting the giggles get the best of them on the ITV daytime show. 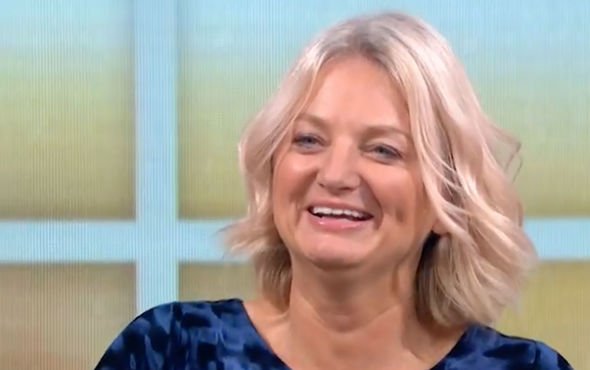 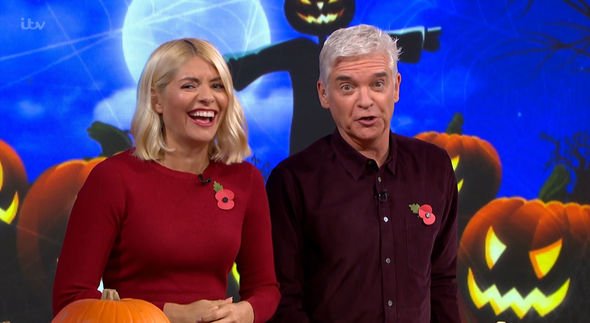 Last month the pair apologised after collapsing in giggles on the live show.

During a segment on Halloween costumes, Holly accidentally thought a popcorn prop was the real thing.

The presenter asked Phillip if she could “eat” the delicious-looking product, until they both erupted in laughter.

Phillip retorted: “You’re on fire today. Can you imagine the size of the corn?”

Holly replied: “How do I not know about big popcorn?”

Then later on in the episode they struggled to keep a straight face as they discussed weird sandwich combinations.

Philip said: “When you cross your legs I’m done for. Popcorn has done me for today. Do you need to sit down?”

Holly then apologised to viewers over their laughter.

Yesterday, Holly missed the I’m A Celebrity… Get Me Out Of Here! launch as she attended the Frozen 2 premiere.

The blonde beauty kept wrapped up warm in a stylish coat as she mingled with celebrities at the star-studded event.

This Morning airs weekdays on ITV at 10.30am.