Feeling the love! Hilary Duff praised her husband, Matthew Koma, in a sweet tribute on the anniversary of their engagement.

The Lizzie McGuire alum, 32, shared a series of pictures from the day that the Winnetka Bowling League singer, also 32, popped the question — including a few pictures of her engagement ring.

“Bubba, thanks for forcing me to go on that walk with you today (last year) I love you so much♥️” Duff captioned the post. “I will always choose sandwiches and 8 pm bedtimes over fancy date nights …. over and over again. My best friend, lover, and papa bear that can not be rivaled…it’s always been you.”

Bubba, thanks for forcing me to go on that walk with you today(last year) I love you so much♥️ I will always choose sandwiches and 8 pm bedtimes over fancy date nights …. over and over again. My best friend, lover, and papa bear that can not be rivaled…it’s always been you

Koma also commemorated the special moment writing, “Asked my best friend to marry me a year ago today.”

The couple announced their engagement via Instagram on May 9, 2019, three years after they began dating.

“He asked me to be his wife,” the Younger star captioned her post, which included a photo of herself kissing Koma and another picture of her smiling as she held up her ring. 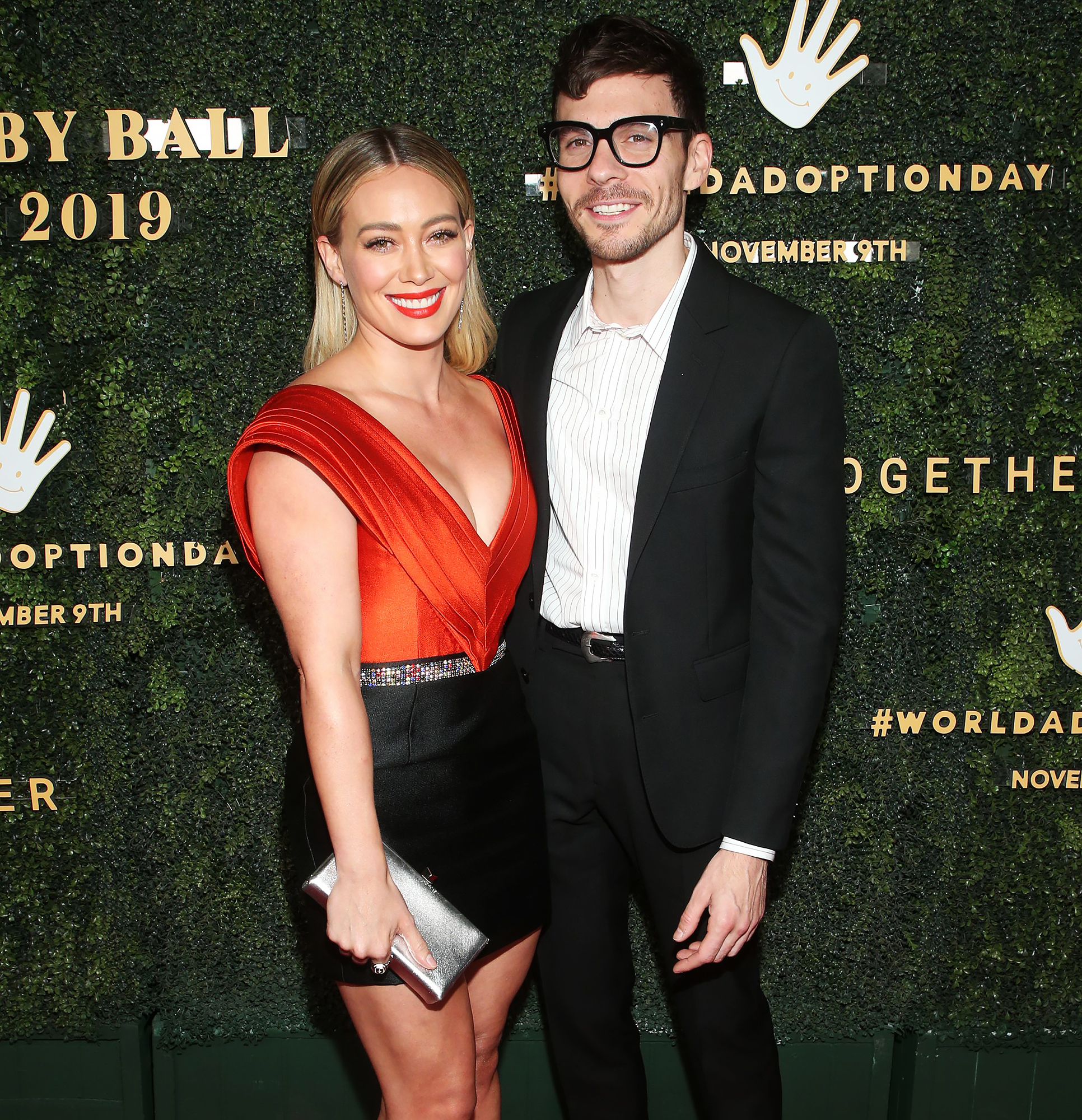 The music producer, for his part, posted the same pictures on his Instagram page, writing, “I asked my best friend to marry me… @hilaryduff.” Duff commented on the post, “Thanks for the promotion babe.”

Duff and Koma first met in 2015 while working on her album Breathe In. Breathe Out. “They had great chemistry in the studio,” a source told Us Weekly at the time. “Hilary thinks Matt is very talented and cute.”

The pair began dating in 2016 and welcomed their daughter, Banks, in October 2019. The “So Yesterday” singer also shares her 7-year-old son, Luca, with her ex-husband, Mike Comrie.

Duff and the New York native tied the knot in December 2019. Later that month, the Another Cinderella Story star told Vogue that she made a point to incorporate her children into their wedding.

“There’s initials for our kids. There’s Luca’s and Banks’ and they’re part of our ceremony and, obviously, the biggest part of our life,” she said at the time. “Maybe someday Banks will want to wear my dress. She can add to it.”

Duff was previously married to Comrie, 39, from 2010 to 2016. The Disney Channel alum’s sister, Haylie Duff, told Us in April 2019 that the former professional hockey player is “very close” with the family which “makes it easy for everybody to coparent or co-family.”