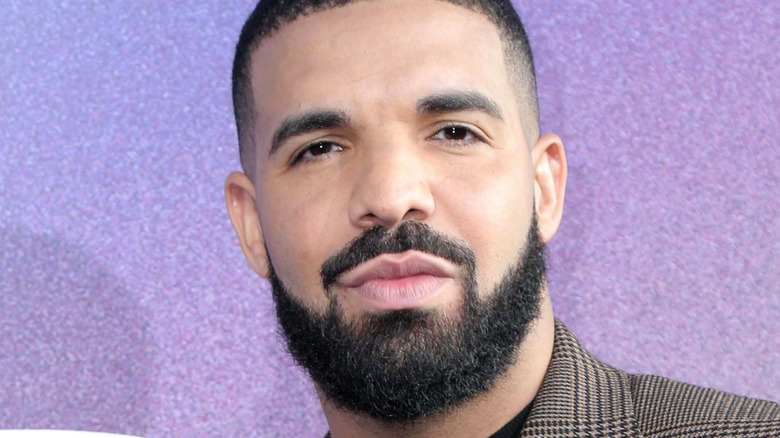 Drake transforms himself for each new era in his life, reimagining himself with every new release of his. Not surprisingly, he’s done the same with his body as well. The famous rapper has a whopping 35 tattoos, and it’s no wonder he can afford this much ink, given his massive net worth. Just what are all of these tattoos, and what do they mean, though?

Fans won’t be surprised to learn that Drake’s tattoos have a strong meaning or symbolic message behind them. From his torso to his arms, Drake sports numerous tattoos that vary in theme but are still highly personal to him. His tattoos mark past loves to favorite basketball players. He also pays homage to his roots, and past and current music stars. Of course, he doesn’t forget to represent family members. Let’s examine much of his body art and dive into the meaning behind some of Drake’s ink.

Drake has which singer tattooed on his back? 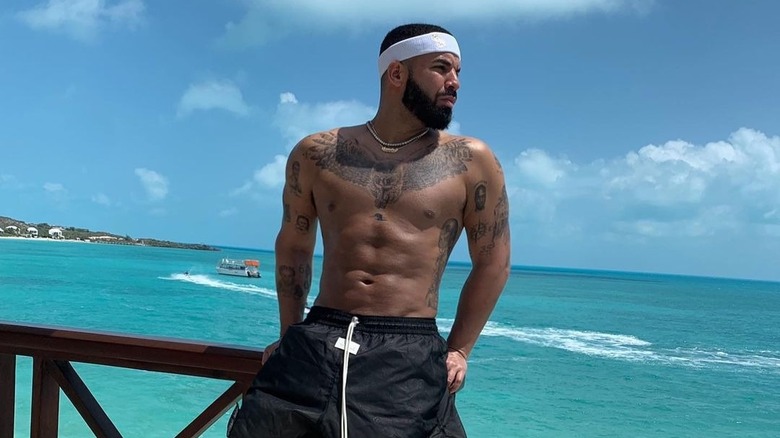 According to Body Art Guru, Drake has a large 416 tattoo on his torso, which complements the number 6 on his right arm. He also has a Houston Astros logo on his right shoulder due to the rapper considering Houston his second home, after Toronto. On his back, Drake has inked the faces of several people, including his mother and the late singer Aaliyah. Body Art Guru explains that Drake has always loved Aaliyah and knew he wanted to pay tribute to her, while at the same time always loving his mother and wanting to show gratitude to her. By holding people as close to him as possible, it’s clear that Drake loves them, wants to honor them, and wants them to be proud of him.

Drake also has a giant owl on his chest, according to Inked Mag. While the reasoning for this one is less clear, owls typically represent wisdom and regality (per World Birds), and we can see how and why Drake would want to channel these two things. After all, he’s music industry royalty at this point! Interestingly, Men’s Health points out that Drake’s record label, OVO Sound, has an owl for its logo, so depending if the logo or the tattoo came first, one could have inspired the other.

The numbers and faces of Drake's tattoos 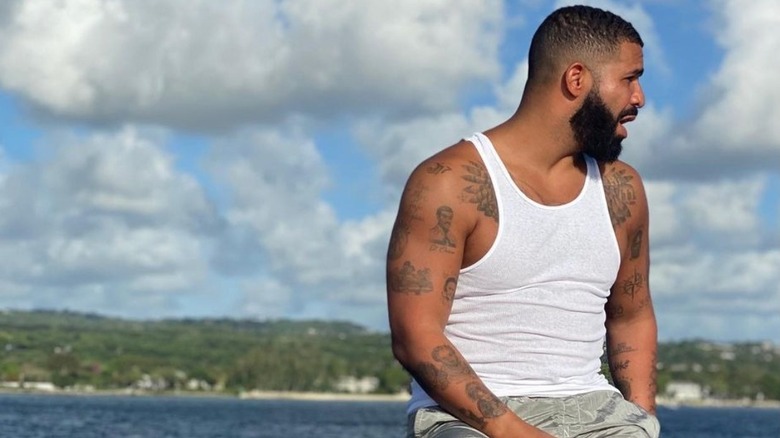 On his right arm, Drake has tattoos such as prayer hands with the number 6; a portrait of Adonis, his son; a portrait of a woman eating ice cream; and a shark, among others (via Men’s Health). Some of these messages are self-explanatory, such as the portrait of Adonis, but others require a deep dive. According to Men’s Health, the woman eating ice cream is likely Rihanna, who Drake dated on and off for several years, and the number 6 refers to Toronto’s area code (416) because Drake is from there. Like the ice cream tattoo, the shark is said to be an inside joke between Drake and Rihanna.

Similarly, on his left arm, Drake has a tattoo of a bottle of Drakkar Noir cologne; a portrait of Lil Wayne; a compass aimed eastward; the numbers 30 and 35; and a portrait of himself waving at the legendary rock band The Beatles, among others. The numbers 30 and 35 represent Kevin Durant and Stephen Curry’s basketball jersey numbers, respectively, and the compass is another representation of Toronto, with Toronto sitting on the eastern side of Canada (via Men’s health). Finally, the tattoo of the Beatles is speculated to be about Drake passing one of their long-held records, and the Lil Wayne tattoo represents Wayne signing Drake to his record label in 2009.

With 35 tattoos and counting, we don’t see Drake stopping anytime soon, but we do love that each has such a deep meaning.