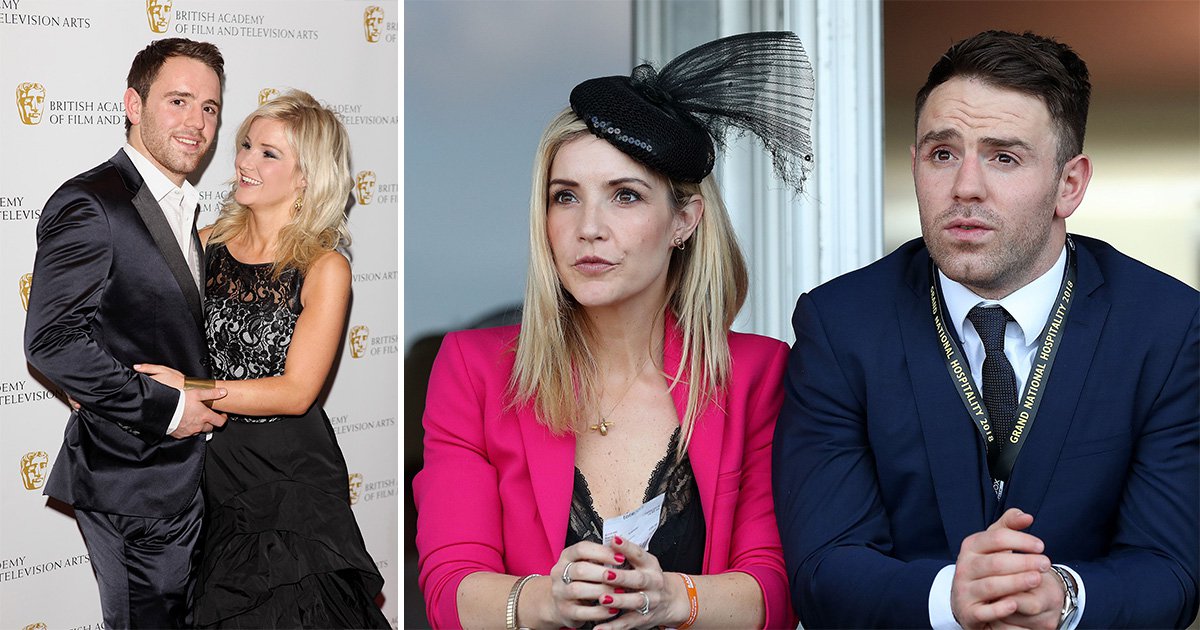 Helen Skelton’s estranged husband Richie Myler is allegedly dating the daughter of the president of Leeds Rhinos, the rugby club he plays for.

Countryfile presenter Helen, 38, announced last week that her eight-year marriage to Richie, 31, had come to an end and that he had ‘left the family home’.

The former couple had just welcomed a baby girl in December, and are also parents to two other young children.

It was later reported that Richie had moved on with another woman.

Now, it is alleged that the woman in question is Stephanie Thirkill, daughter of Andrew Thirkill who is president of Leeds Rhinos.

A source said: ‘Helen is absolutely devastated. Now she is contemplating life without him while he has moved on with his new partner.

‘Richie is insisting there was no crossover, that he began the romance with Stephanie after their marriage collapsed, but Helen feels let down. They are still married, and their baby is literally four months old.’

According to the insider, Helen felt their marriage was ‘safe and secure’ and has been left ‘totally shocked’ by the events surrounding their break-up.

‘Helen’s holding it together well, which is admirable given she was blindsided by his new relationship,’ the source told the Mail Online, adding: ‘Mutual friends think he’s treated her appallingly.’

Stephanie’s father Andrew is said to be one of the richest businessmen in Leeds with an estimated net worth of £175million, and has featured on the Sunday Times Rich List.

Meanwhile, Stephanie, 32, studied Retail Marketing Management at Leeds Metropolitan University and has a full-time job as marketing executive at Age Partnership, of which she is listed as a director alongside the company Advise Wise, both of which are run by her father.

Earlier this week, it was said that Richie has been spending time with a ‘younger, successful businesswoman’.

His estranged wife Helen shared the devastating news of their split in her Instagram stories last Monday night.

She told her followers: ‘Very sad to say that Richie and I are no longer a couple. He has left the family home. We will be doing our best to co parent our small children.’